Hypercar owners will never use their cars properly? P1 drivers beg to differ 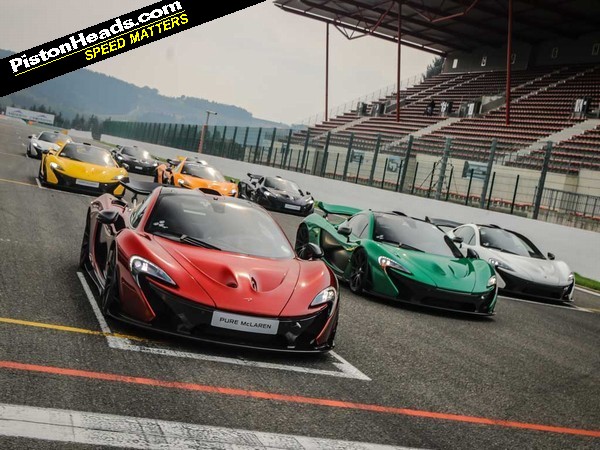 Yes, that's 8,100 horsepower in one photo. This was the sight that dominated the lunch break at the Pure McLaren event at Spa earlier in the week. Pure McLaren events are normally strictly private days, to which journalists are not normally allowed.

But after a successful racing weekend in the 650S Sprint, PistonHeads was allowed through the gates of Spa Francorchamps to rub shoulders with both current McLaren owners and prospective buyers. There were certain restrictions in place, we'll admit. Certain faces and numberplates weren't to be photographed. People who can afford such extravagant luxuries as a P1 hypercar obviously also enjoy a little privacy as well. 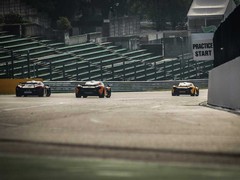 The special guest for the day was Emerson Fittipaldi, two times F1 world champion, amongst many other racing accolades. The ex-McLaren driver had the keys to the McLaren P1 press car Harris

drove earlier in the year

What was more amazing than seeing nine McLaren P1s on a trackday was riding along in one. Understandably, Fittipaldi's passenger seat was booked out for the day. But while some P1 owners are relative beginners on track, at least two privately-owned cars were sporting BRDC (British Racing Driver Club) stickers.

And we took a ride in one of them. And if there's one thing more breathtaking than seeing a McLaren P1 smear 916hp into the ground at La Source hairpin, then it has to be sitting inside one, doing the same thing.

Onboard round Spa in a P1