A classic MG nameplate resurrected for turbocharged hot hatch. Go on MG, you know you want to... 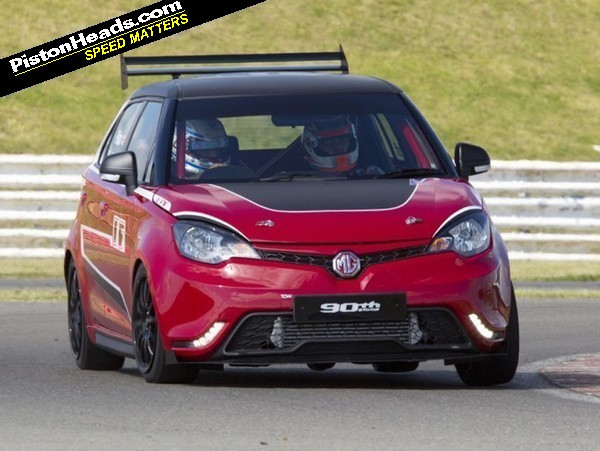 having diverted everyone's attention over the weekend, every other motoring event was unlikely to get a look in. One of those was MG's 90th anniversary celebrations at Silverstone, where this very exciting MG3 Trophy was shown. 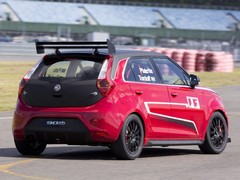 It has been built to gauge reaction to a 3 race car, which seems like the wrong avenue when a budget hot hatch would surely prove more popular. The spec leans towards motorsport but many of the Trophy's modifications could probably be utilised for a road car.

So while the cage, slicks and adjustable rear spoiler may be a little OTT for a production car (save those for the Trophy R), stuff like the limited-slip diff, coilovers and uprated anti-roll bars would ideally suit a faster MG3. Don't forget too this is a car that has been widely lauded across the motoring media for its ride and handling. It impressed at SMMT as well, so the basis for a great handling hot hatch is already there. 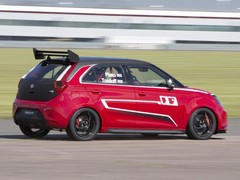 Another entry to the hot hatch fray?

The 1.5-litre engine a weak link in the standard car. It's a bit thrashy, not very torquey and relatively inefficient too. Where it would be nice to say that has been replaced for the MG3 Trophy with a modern and sprightly turbo, that isn't the case. MG has plonked on a big ol' blower running 14psi of boost to elicit 204hp and 192lb ft. But then there are modifications to allow the 1.5 to cope with nearly double its standard output (gas-flowed head, new aluminium pistons, lighter flywheel and different cams) which will hopefully make it a little revvier even if mpg won't exactly shoot through the roof. There's a new ECU to manage all this and a Janspeed exhaust because hot hatches must make noise.

All the upgrades have been carried out by MG's European Design and Technical Centre at Longbridge. So if you do live in the Midlands, go and harry them for a production Trophy. It could be a cracker.

Radford to unveil 'Project 62' next month