What does it take to make the third-gen Mini beautiful? A makeover by Touring Superleggera is a good start 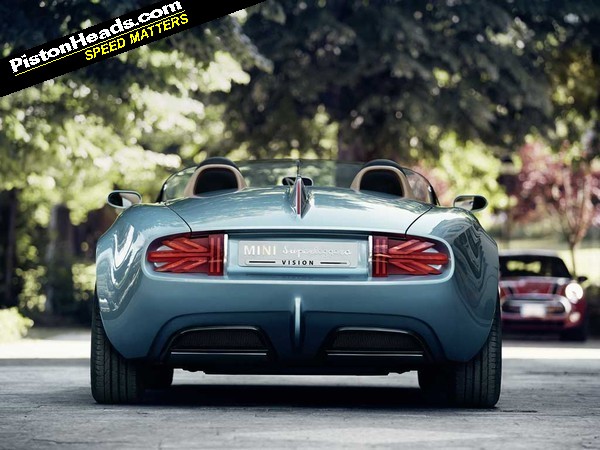 may well be possessed of many enviable qualities. But, by heck, by the time it's reached Cooper S spec it's hit every branch on the way down. Not since the days of the Bugatti-based Edonis has a car been so unnecessarily perforated with superfluous vents and grilles. 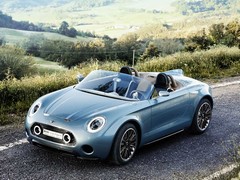 BMW sponsorship of the glitzy Villa d'Este concours has worked in Mini's favour though. With a little help from the craftsmen at Touring Superleggera it's created a dinky little coachbuilt speedster that brings a thus unseen degree of elegance to the new Mini.

"Touring Superleggera and Mini have much in common," claims BMW design boss Adrian van Hooydonk. Yes, he's a real person and not some Sniff Petrol creation. And, yes, he seems to sincerely believe that. "Both companies attach great importance to their history and this is something which defines their outward appearance to this day. What is more, they both emphasise iconic design and distinctive solutions. These elements are merged in the Mini Superleggera Vision to create an elegant automobile which interprets a British roadster under the influence of Italian style and hand craftsmanship."

So that's the official line covered. 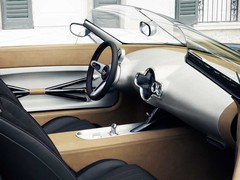 devoted to celebrating some of the classic creations of Radford, Wood & Pickett and others back in the proper Mini's heyday. But Touring's creation is both dramatic and, yes, successful. Are the Union Flag echoes in the rear lights cheesy or cool? Not sure on that one but the shape is suitably stunning, likewise the elegant minimalism of the interior with its single sheet of aluminium forming the dash.

Looking good then and perhaps a hint of something super exclusive and fast in the mould of beautiful Zagato Abarths and the like. The only possible disappointment is the news fashion dictates an electric drivetrain; with a banging and popping JCW spec petrol motor it could have been quite the tool. If not for a rainy Bank hol.