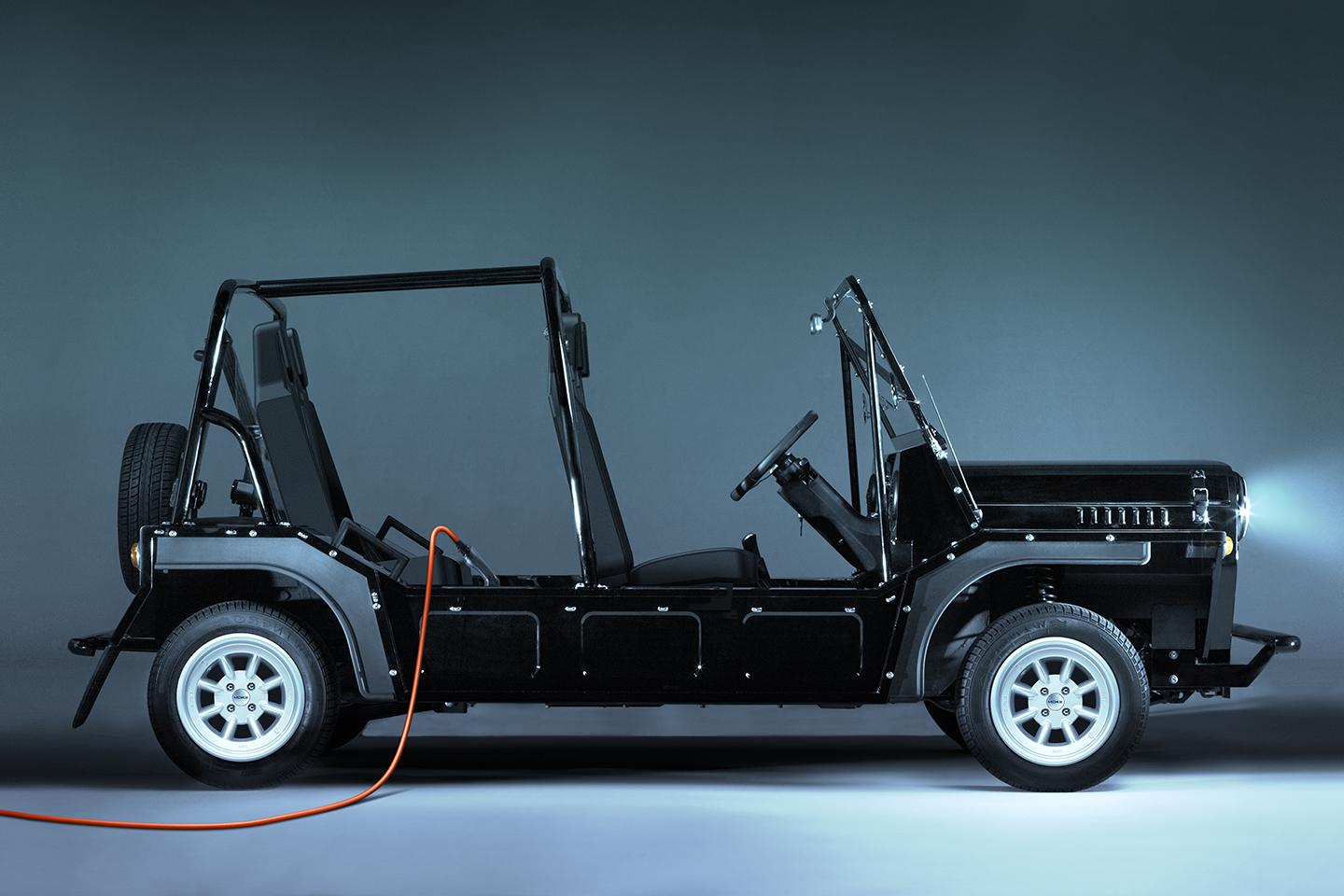 There's nothing like knowing your customers. When Porsche launches a new GT3, a Nurburgring lap time is a vital stat; same for approach, departure and breakover angles with the latest Land Rover Defender. Certain things customers must know. It is much the same for the newly electrified Moke; range will be one of the first question, of course. The answer? "Range is fit for five round trips between Cap-Ferrat to Monaco", says Moke. So there we are. In case the intended use was ever doubted.

For anyone else not commuting along the Cote d'Azur, the Moke's range is 144km, or 90 miles. Power comes from three-phase AC motor providing 44hp; not much in the world of 2,000hp EV hypercars, but it's hard to imagine needing much more in something like this. Apparently it'll go from rest to 55kph (or 34mph) in 4.5 seconds, with a top speed of 62mph. Charging is said to take four hours using the Type 2 cable supplied, though it's not clear what kind of charger will be needed, as a Type 2 can accept anything from 3kW to 50kW. But a day plugged in at the beach will surely add enough juice to get you back to the chalet.

It isn't hard to see why Moke has gone all electric (the petrol engine will be dropped in February) so soon into its life. This is a car designed for short journeys, trips that are going to take place in densely populated areas presumably - electric makes sense. Particularly with a car so exposed to the elements already. The last thing occupants want spoiling their Moke experience are fumes. The firm believes the powertrain swap "enhances the unique promise... with significantly increased performance married to the benefits of a silent powertrain for undisturbed open-air motoring." Let's face it - the choice between instant electric surge and a 60hp 1.1 with a four-speed auto isn't a hard one to make for once.

Buyers will inevitably pay more for the privilege, however. Set to be assembled in Moke's new UK factory, the electric model will cost from £29,150 plus VAT, compared to the combustion car's £24k. The Mokes are available to purchase through the Hendy Group, and EV deliveries are due "in time for the 2022 European summer season." Course they are. See you at the beach...