Matt had gone almost a decade working for PH without driving a TVR. Time to put that right... 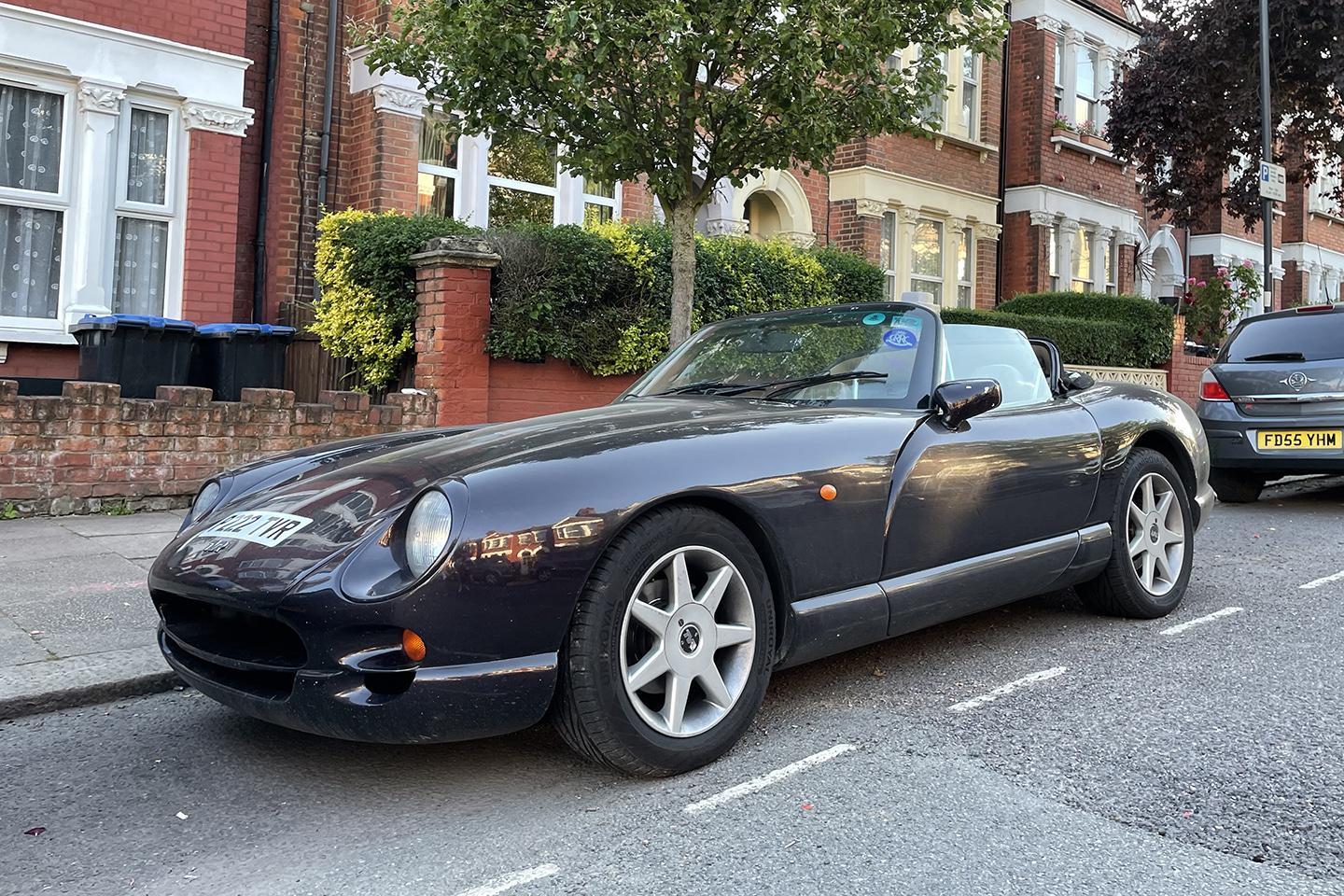 I'm still wary about admitting this, but here goes. Until last week, I'd never driven a TVR. Which, for a PH staff member, seems little short of a criminal offence. Or so it's always felt. I've been doing this job almost eight years now and contributing to the site for a little longer; while it would have been daft to get in one too early, it's felt for a while now like I should see what one is like - especially with a new Griffith potentially still coming.

As it transpired, I drove the Chimaera you see here thanks to the generosity of a friend and neighbour called Eric. He'd seen one or two fancy cars on the street, we'd got chatting about cars, I made my TVR confession, then there we were a couple of weeks later with his pride and joy rumbling in the summer sunshine.

Eric has had his Chimaera 500 for 11 years now and he's the third owner. Though not perfect - the bodywork has some imperfections, and the outriggers need to be done this year - it's mechanically good and, just as importantly, gets driven. He goes to Le Mans Classic, Goodwood and wherever else possible with it, because why wouldn't you? Eric is, of course, a committed PHer as well - and a top bloke.

With production having ended almost 20 years ago, you don't see many Chimaeras - leave alone on a London street, out of its usual rented garage. Like so many old cars the TVR looks tiny nowadays, dwarfed by an awful lot of modern stuff and seemingly too small for the mammoth engine contained somewhere within. Eric talks of some owners upgrading the front 15-inch wheel for a 16 to give some idea of how tiny we're talking. But then this is PH - you knew that already, most likely.

To say the Chimaera driving experience is dominated by the engine is like saying pork dominates bratwurst; at first there just seems to be nothing but engine, additional engine and then a bit more engine for good measure. The poor Chimaera seems nothing more than a vehicle (quite literally) to transport this hunk of V8 wherever it wants to go. All observations about how elegant the dials looked, how well the leather had held up and how big the boot actually is are immediately cast aside by what lurks beneath the bonnet.

Torque like this just doesn't happen anymore, the Chimaera contently burbling along in any of its five gears from pretty much 1,000rpm. With so much to move so little along, it's incredibly low effort - and helps destress a fairly nerve-wracking situation - but I'm certainly glad for a dry, warm day. A surfeit of torque is great, in my experience, right until it's too much torque...

In all honesty, I needn't have worried. Because once over the intimidation factor of so much engine in so little car, the Chimaera is pretty docile and - truth be told - hugely rewarding. Which, again, many on here will know well, but as someone new to the brand I was expecting more of a battle. Beyond non-power-assisted steering on this car making parking a chore, the Chimaera is positive, less demanding than imagined and a pleasure to use. I wasn't expecting such a direct, satisfying gearbox, or such feelsome, powerful brakes. Some wobble here and there robs it of being truly brilliant, but it would be daft to expect the pinnacle of structural integrity from something devised 30 years ago.

Instead, what the Chimaera offers is the very opposite of many a modern fast car experience. It's fun at any speed, not just when at maximum attack; to be honest, it's fun going no speed at all, because of the way it looks and the way it sounds. And sheer entertainment can seem in precious short supply nowadays. The engine guarantees a lot of the fun, yes, enthralling at 2,000rpm with five thousand still to go, but - as I've now learned - there's an awful lot more to the TVR experience than just pretty looks and a big engine. I'm starting to see what you've all been going on about now! Promise it won't be another eight years until I try another...