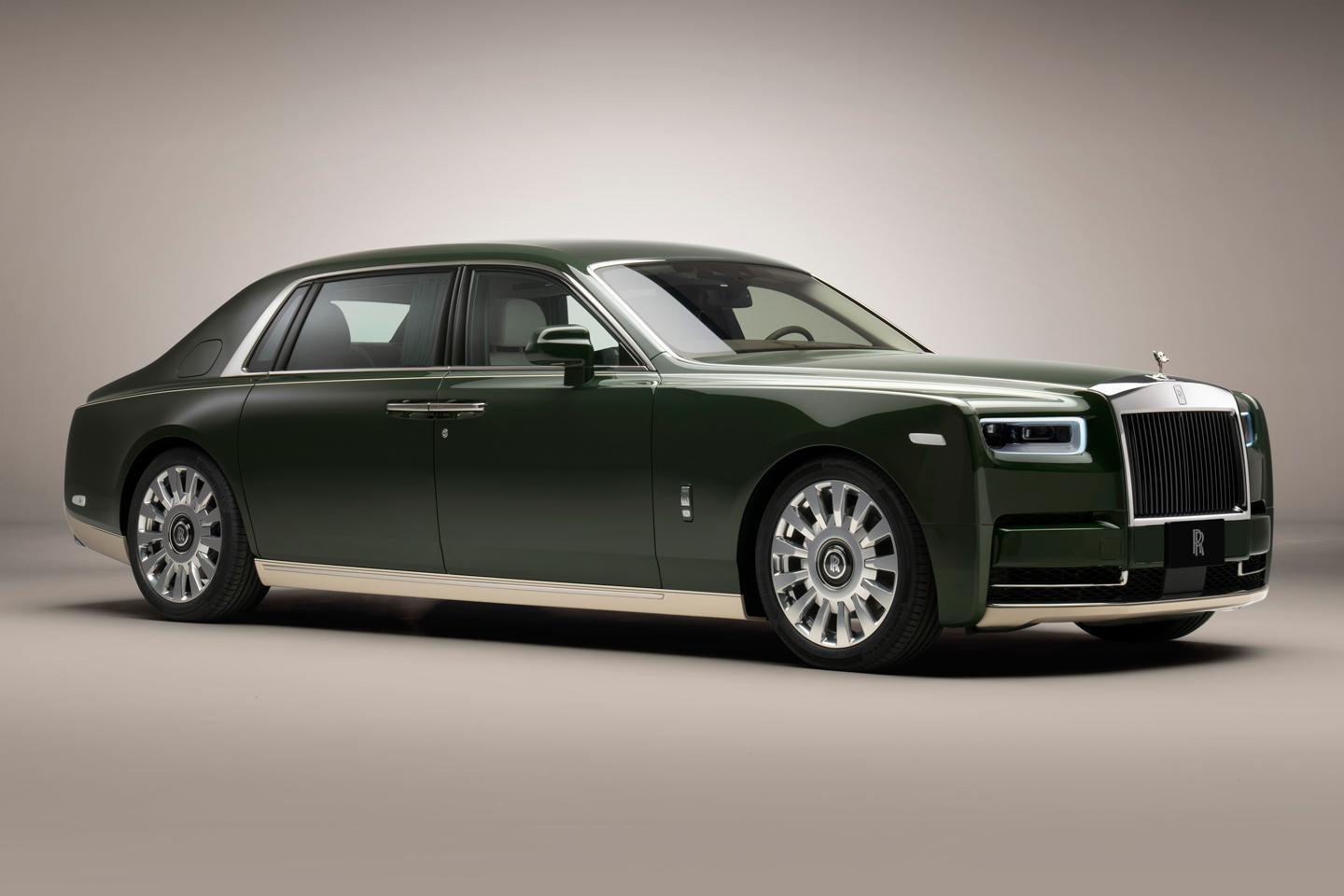 Rolls-Royce has teamed up with French luxury brand (and definitely not delivery firm) Hermès to create a bespoke Phantom for a wealthy Japanese entrepreneur. The one-off MZ Oribe Green and cream creation is inspired by Yusaku Maezawa’s collection of ancient Japanese ceramics, and incorporates both the shades and patterns of some of his favourite pieces into the exterior and interior. It’s rather lovely.

While there are no actual ceramics aboard (boo), the Phantom Oribe gets its fair share of hand-crafted illustrations in a cabin ‘gallery’, including a horse design originally penned by 20th century artist and illustrator Pierre Péron. If the design seems familiar, it’s because it has adorned several scarves of Hermès’ range; here it takes pride and place on Open Pore Royal Walnut trim placed behind a glass cover. Hence the gallery claims.

As for the general theme, it was apparently developed over several months and borrows more than just its colours from Maezawa’s collection. The speaker covers are wooden, and the same walnut is applied to the centre and rear consoles, as well as the picnic table backs. Then the door armrests and headliners are trimmed in Hermès’s Toile H canvas, famous from its handbags. Apparently. And the links don’t stop there, because the Hermès Enea Green leather points to the Parisian brand’s equestrian heritage, using stitching and edge-painting techniques normally employed by master saddlers.

Even to those of us who aren't familiar with the world of art and haute couture can see how such a setting would be absolutely wonderful to glide along in. No changes have been made to the car’s underlying setup, as per usual, which means 6.7-litres of hand-made V12, 571hp and 664lb ft of torque, delivered effortlessly. Maezawa is said to be a supercar enthusiast, so perhaps he’ll occasionally swap seats with the driver and sample the car's potential now and then.

“This magnificent expression of our pinnacle product represents a landmark for Rolls-Royce Motor Cars, bringing together two houses with more than three centuries’ combined experience and heritage,” said Torsten Müller-Ötvös, R-R CEO. “It is the result of a deep, genuine collaboration between the Houses of Rolls-Royce and Hermès, in which designers, materials specialists and skilled craftspeople worked side by side to create a truly one-of-a-kind Phantom. It has been an extraordinary privilege to unite on such a creatively challenging, technically demanding commission and bring our client’s remarkable vision so beautifully to life.”

Naturally, no total spend has been revealed, because a one-off commission like this is a private affair. But it’s probably fair to speculate that you could get a few ancient ceramic pieces for the cash spent on top of the Phantom extended wheelbase’s £440k starting price. Pocket change.