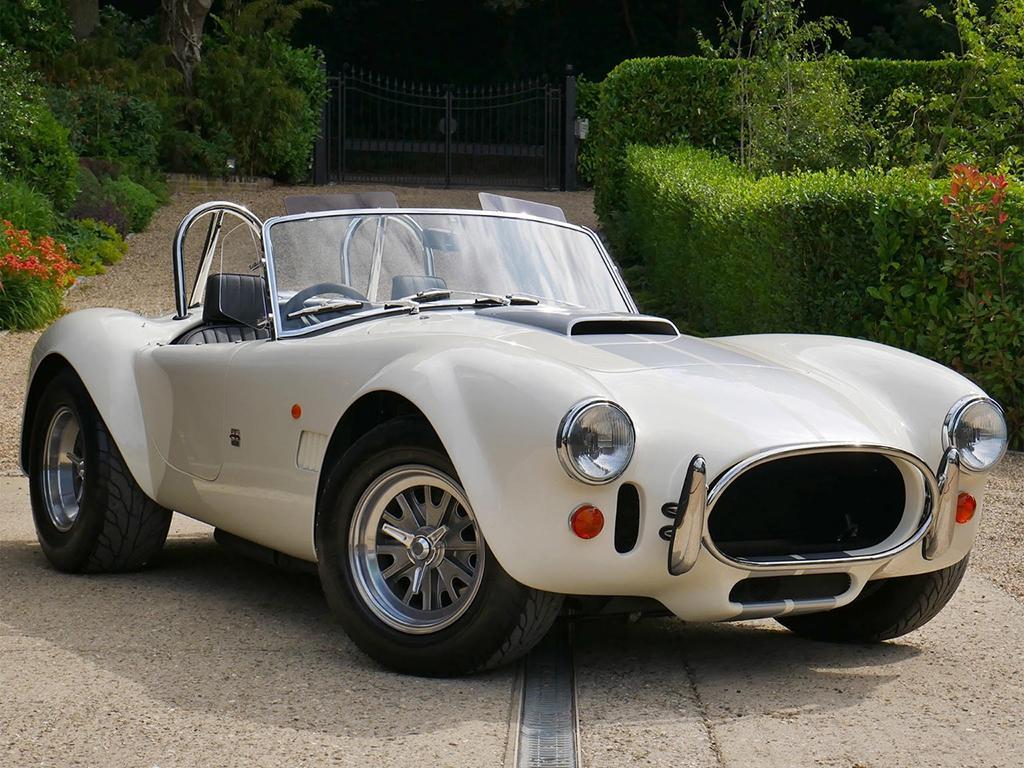 It would be fair to say that the news earlier this month of a four-cylinder and electric resurrection of the Cobra from AC Cars was not received all that well on PH. It was never likely to be, really; as was pointed out very early in the comments, by definition a Cobra just isn't a Cobra without a V8 in it - Carroll Shelby married the Ford motor with an AC Ace, don't forget.

Quick to remedy the situation, AC has confirmed less than a month after its first announcement that a V8 will be offered in the latest Cobra. The die-hards can rest easy. This isn't some half-baked return of the Cobra's most fitting engine, either; AC has dug out the 'Superblower' badge from its archives, slapped it on the rump of a Cobra for the first time since 1998 and crammed in nothing less than a Chevy LSA in up front - lovely stuff.

This isn't the full-fat 640hp installation as found in C6 Corvette ZR1, though it's hard to imagine many feeling short changed the V8 Cobra experience with 6.2-litres and 580hp. It's moving about something that weighs about the same as a wheelbarrow, after all.

The new AC Superblower will come with a six-speed manual as standard, alongside a limited-slip diff, multi-link suspension all round, 'race specification' brake calipers - probably handy - and Pin Drive wheels - 8 x 16-inch the front, 10 x 18-inch at the rear. The chassis itself is described as an 'original-style four-inch round tube ladder frame', the carpets are said to be deep pile and leather will abound inside. But there isn't an interior pic just yet.

Intrigued? It's hard not to be. The new Superblower will be sold from AC's dealer at Boss Motor Company for £129,500. Which is an enormous sum of money, and not much less than what one of the 90s' cars costs. Still, it stands uniquely in the Cobra market as a genuine AC Cars model, one with a 'COB' chassis number and certificate of authenticity. The first 'blower is said to be in build already; the next ones are available to order now...