Launched in 2004, Aston Martin's V12 DB9 marked a serious turning point in the fortunes the company. With a bespoke bonded aluminium chassis it was a serious step up in quality from the previous DB7, and was the first model to be built at Aston Martin's Gaydon facility - in both 2+2 Coupe and Volante convertible forms. Designed by Henrik Fisker and made largely of aluminium, the DB9 shares its platform with the DBS, whilst the 6.0-litre V12 power-plant comes from the V12 Vanquish. Suffice to say, the Aston has more than enough performance to satisfy. With 450hp and 420lb ft of torque the original cars passed 60mph in just 4.7 seconds, the 186mph top speed in the serious league. 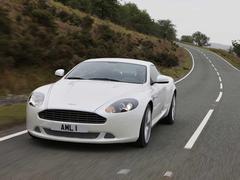 With most of the engine placed back behind the front axle, balance and handling are impressive and the more popular eight-speed automatic transmission is one of the best around. And if you don't think the Coupe will garner enough looks then you could buy the Volante (convertible) instead, which has very nearly identical performance.

A 2008 facelift saw a slight hike in power to 470hp and in 2013 this rose once again to 510hp. For those obsessed with Ian Fleming's most famous fictional character Aston Martin produced the ideal solution with their 2015 DB9 GT Bond Edition model. Just 150 have been made, equipped with an exclusive specification featuring unique 007 badging and bespoke Bond themed accessories.

Aside from this limited edition the Aston Martin DB9 has not been immune from the ravages of depreciation, and with the launch of a new DB11 the DB9 is likely to offer even better value over the next few years. You can now buy the earliest Coupe models for not much more than £30,000. The good news for prospective buyers is that there aren't any really weak areas on the DB9. Engines have proved generally very reliable, as have the transmissions, and there are a few good independent specialists happy to offer a more affordable solution for routine servicing and repairs. 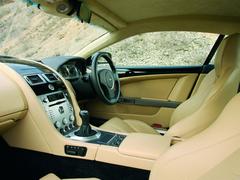 Most DB9s advertised for sale are automatics but don't let this put you off - the transmission is one of the best out there and suits the car perfectly. There was a problem with transmission oil cooler lines leaking on some cars but there was a modification carried out and it should no longer an issue. Sometimes the system simply needs resetting. And the clutch on the manual cars is very robust, unlike the unit fitted to the V8 Vantage.

A full service history is a must and watch out for diff noise caused by the plates in the limited-slip differential drying out, leaky shocks, any electrical glitches and tired leather trim. Expect to burn a lot of fuel - achieve better than 14mpg in normal driving and you're doing well.