The most important car in Aston's history is finally here in production format. Does it cut the mustard? 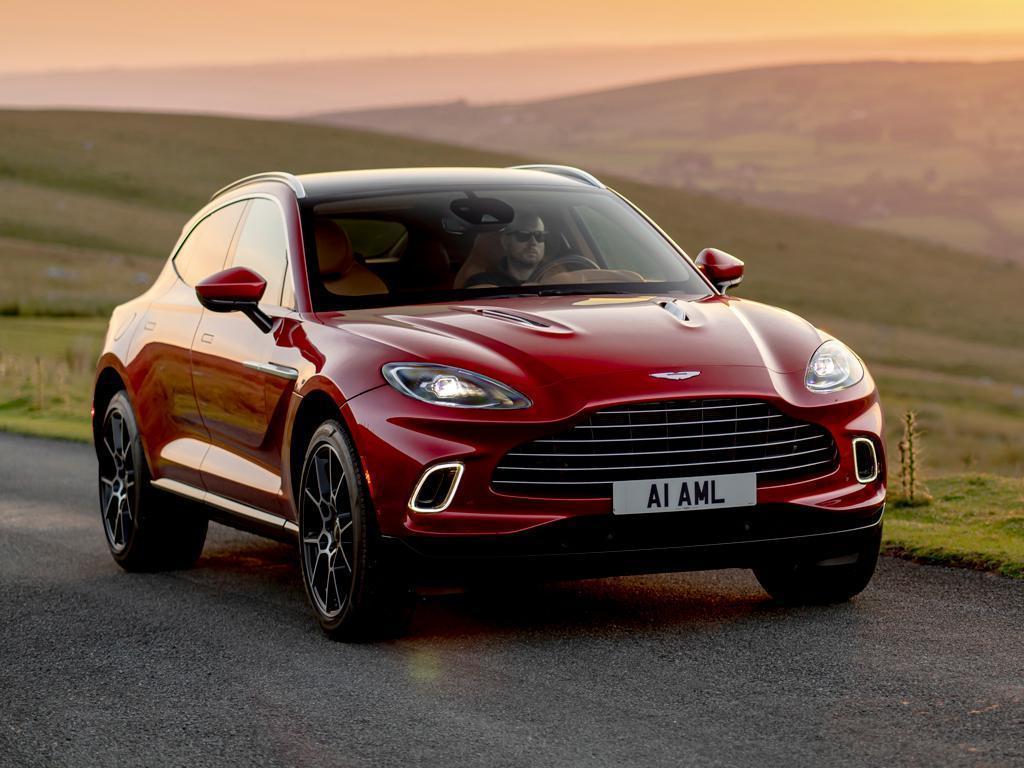 Since the Bentayga went on sale four years ago, Bentley has shifted 20,000 examples of its luxury SUVs around the world. Actually, it reached that milestone at the start of summer, so the current number will be slightly higher still. With the revised model inbound, Bentayga sales figures are about to spike all over again.

Love ‘em or loathe ‘em, these very high-end 4x4s just sell. Our appetite for them seems to be insatiable, while for the companies that build them the profit margins must be irresistible. Aston Martin doesn’t merely want its slice of the pie – it absolutely has to claim it. In the past this famous old marque has been spared the receivers by the DB2 and the DB7 sports cars, but nowadays it looks as though it’ll be an SUV that secures Aston Martin’s short- and medium-term futures.

A sign of the times, if ever there was one. You can rant and rave and spit feathers at the thought of Aston Martin getting stuck into the profit-grabbing SUV game, but you cannot accuse it of doing the DBX by half. How tempting it must have been to reskin a Mercedes-AMG, farm out its construction to a contract manufacturing specialist in Europe somewhere and call it job done.

Instead, as it swung from loss to profit and back again, Aston Martin chose to develop an entirely new platform all of its own and construct a new factory at St Athan in South Wales in which to manufacture the DBX. For such a small company – one that cannot nuzzle into the warmth of a car manufacturing giant like the VW Group when the going gets tough – the scale of the undertaking was enormous.

In fact, it was a terrific gamble. There is a huge amount riding on this car. Should it emerge from the factory gates undercooked or ill-conceived, or should it leave you feeling it’s been cobbled together by a company short on resource in a factory devoid of any meaningful experience, the consequences for the Gaydon marque and all the people who work there could be catastrophic.

The bespoke platform thing is significant. When Aston Martin’s Vehicle Engineering Director Matt Becker first heard the DBX would sit on a bespoke platform rather than an adapted or shared one, he did a little hop and a skip and his heart filled with joy. Whereas Lamborghini, Audi, Bentley and Porsche have to get on and make do with what they’re given – engine location, strut tower strength and countless other baked-in parameters – Aston Martin has been able to determine those things for itself.

That’s why the DBX is very long in the wheelbase but relatively short overall. It’s why the engine is mounted a long way back in the chassis and why the body panels and structure are all aluminium. It’s why the DBX assumes a much more sculptural and elegant form, one that’s more distinctly Aston Martin than the Bentayga is authentically Bentley, or the Urus is convincingly Lamborghini.

Like all such cars, the DBX is dripping with clever chassis and powertrain hardware. It’s all there to lower its high centre of gravity and trim away some of its 2,245kg kerb weight, at least as far as your perception from behind the wheel is concerned. There are four-chamber air springs that offer various ride heights, active anti-roll bars that can vary their roll resistance or decouple entirely in real-time, plus a four-wheel drive system with an active centre differential that can send a little drive forwards or everything to the rear. There’s an electronic diff in the rear axle, too, which can further distribute torque left and right.

All of which means the DBX can do some funky stuff out on the road. Depending on which mode you choose, it can sit itself closer to the road or position itself higher up above it. It can send drive to wherever it can be used most effectively. It can put more roll stiffness into the rear in corners and less to the front, making the car not only feel more agile, but actually be precisely that. And it can detach its anti-roll bars when cruising in a straight line to settle the ride quality.

Not everything about the DBX is bespoke, of course. The engine is sourced from Mercedes-AMG and shared (at least in its most basic form) with the Vantage. It’s a 4.0-litre twin-turbo V8 that here develops 550hp. Aston quotes a 0-62mph time of 4.5 seconds and a 181mph top speed. The gearbox is a nine-speed automatic, also borrowed from Mercedes.

And if you’ve spent any time whatsoever in a recent Merc, you will spot the lifted indicator stalks and the gussied-up and slightly dated infotainment system. There is soft leather everywhere and design motifs that are familiar from the DB11 and DBS Superleggera, and although I have no particular problem with the build quality or the grade of the materials used, I do think the inside of the DBX is the weakest part of the car overall.

It’s by no means poor. There is plenty of space in there (I can sit very comfortably behind myself) and many of the finishing touches like the cool-to-the-touch aluminium gearshift paddles are first-rate, but several luxury SUVs have cabins that make you want to squeal with delight and this isn’t one.

I remember watching an Aston Martin do a spot of off-roading several years ago. It was a brand new V12 Vantage and it was only off the road because it was spinning into a muddy ditch. Watching this new Aston Martin, all elegant curves and swooping roofline, hacking through the rough stuff at Millbrook Proving Ground didn’t appear a great deal less incongruous than that.

The DBX has two off-road driving modes, Terrain and Terrain+, which raise the body by as much as 45mm. Those modes also modify the throttle and gearshift maps to suit the demands of tougher terrain. For half an hour I scrabbled up intimidatingly steep inclines, clawed through deep mud, was canted over at unsettling angles and felt my stomach orbit about itself as I allowed the car to manage its own descent down what I was convinced was a sheer wall.

The DBX did it all and never broke into a sweat. I would love to meet the DBX owner who will ever do more serious off-roading in his or her Aston than I did last week, because there can surely be no more than one of them. For the sort of slippery-surface driving these cars might realistically be used – wet fields, gravel tracks, snowy ski resorts and so on – the DBX will be well within its comfort zone.

But it’s even happier on a properly surfaced road. Again, there are a number of modes to choose from. GT is the default mode and unlike Sport or Sport+, that mode is configured to allow the body to lean just a little in corners. If you keep scrolling through the modes the body lowers itself a bit and then a bit further, and the active anti-roll bars clamp ever harder, locking the body down so it barely shifts at all in bends. GT mode is far more natural, making it both more comfortable and more intuitive when you begin pressing on a little.

Becker says that’s his favourite mode for the chassis. It’s not hard to see why. The Individual mode allows you to pair the GT chassis with either Sport or Sport+ settings for the powertrain, meaning you can match the angriest exhaust note, the sharpest throttle response and the most reactive gearshifts with the more fluid and compliant chassis. And with the DBX set up that way, it’s just about the most driver-centric super-SUV on sale today.

Many of these cars are freakishly agile for their size and tremendously grippy, but few also manage to be well-balanced, adjustable and fun to drive when you really get a hold of them. The DBX is one. It steers exceptionally well for this sort of machine, too.

If you’re stepping out of a Range Rover or a Bentayga with their very soft-edged ride qualities and bodies that lollop up and down, you’ll think the DBX quite firmly sprung. That’s just the Aston way – far rather a more connected kind of ride quality but a body that is always tautly controlled than the alternative. Besides, really rough patches of tarmac are smothered by the DBX quite beautifully.

The engine is a real powerhouse and it sounds fantastic in the right mode. You can’t possibly need more straight-line speed from your luxury SUV than this. The gearbox is really well suited to the car as well, being smooth and refined most of the time, but snappy enough when you take control yourself.

I’m not now and probably won’t ever be in the market for a very expensive SUV myself, but this is where I’d put my money if the opposite were true. The DBX is just the right blend of Aston Martin and SUV. The lack of a hybrid option (for the foreseeable, at least) might well prove to be an oversight, but the first model to use this bespoke platform – because there will be others – is good enough to suggest Aston Martin’s massive gamble will eventually pay off.