Do a raft of chassis tweaks and software updates finally make the 450hp RS4 a C63-beater? 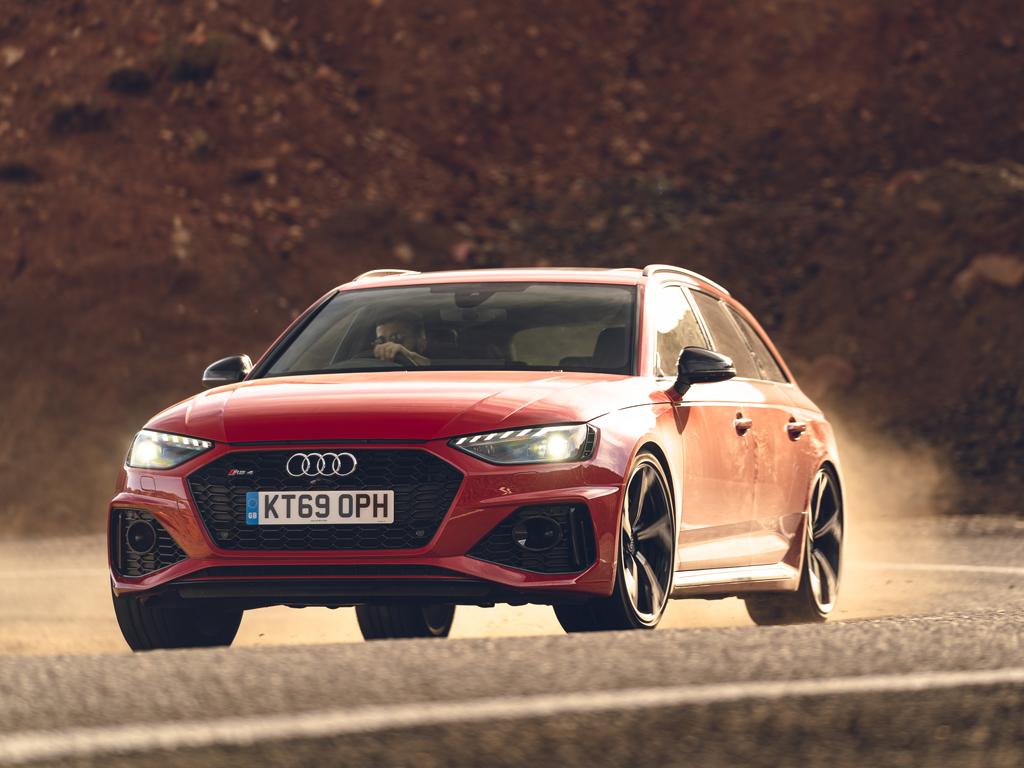 Audi's RS4 Avant has been updated for 2020. Not in a way which will help its ranking in Top Trumps, but in a way that makes it better to drive. That's according to its maker at any rate, which has restricted its modifications to detailed changes in the chassis and powertrain. Audi says a more polished car has emerged from the process. Closing the ground between it and the class-leading Mercedes-AMG C63 would be the real trick.

While the focus is on alterations made underneath, the RS4 does get the odd nip and tuck. Those new LED headlights, for example, give the car an altogether sharper nose. And changes at the back include taillights that feature new chrome slits, intended to broaden still further the model's blistered rear end. The current RS4 has always been a handsome wagon, and it remains so - a distinction which extends to the cabin, now equipped with a 10.1-inch infotainment screen alongside the multifaceted 12.3 digital instrument cluster.

Under the bonnet and against the clock, the biturbo V6 remains as we left it: with 450hp and 443lb ft of torque, 4.1 seconds to 62mph and a top speed of 174mph when the restrictor's removed. The 2.9-litre motor is good for a WLTP-affirmed 29.1mpg, meaning that while the RS4 remains slightly down on power versus AMG's beefier V8, it's as quick off the line and more frugal on a run. Absolutely no changes there, then.

Instead, the devil is in the detail. Audi points to a new calibration for the car's engine and eight-speed Tiptronic gearbox, tweaked software for the adaptive dampers and passive anti-roll hardware, and further tailoring in the car's drive modes. All told it's said to meld all of the RS4's traits together more seamlessly. We shall see.

Either way, Audi has been brave with the UK launch location. Morocco is one of the few places within a short haul flight that cannot be said to improve on the UK's road conditions. The tarmac between Marrakesh and the Atlas Mountains is presently undergoing extensive reconstruction, so some parts are as smooth as a race track, while some are more WRC special stage. The RS4 we drove wore 20-inch optional alloys. To suggest it looked a little out of depth on the terrain is the understatement of the twenties.

They do make one thing clear, though: the £2k adaptive dampers are well chosen. In their softer setting the ride is sufficiently supple for each wheel to independently dip and bob as the body remains steady above. It's remarkable, actually, just how well the car manages to maintain pace over bumpy gravel sections. Even the bump stops have squidgy feel about them. And things don't degrade when returned to tarmac either - the diagonally-opposed damping links, combined with the smarter software controlling the shocks themselves, secure the RS4 an impressive standing when it comes to the compromise between handling and comfort.

Click the drive mode to Dynamic and there's noticeable stiffening of rebound rates, although not enough to be thought brittle. That rubberised edge to the dampers' extremities remains, only now the energy (read: commitment) required to reach it is greater, so you can really hammer into a bend knowing that the nose will respond willingly. There's no steering feel through the electrically assisted rack (surprise, surprise) but the front axle is positive enough, and the car stays composed under duress. The brakes aren't a font of information either, but they're strong and never fade on a fairly enthusiastic downhill jaunt in 22-degree heat.

In contrast the engine, it seems, does suffer a little at high altitude. A couple of kilometres above sea level, the motor needs a second to really wake up, before the boost comes on and you fire past a nose-to-tail lorry convoy with time to spare. This is forgivable; its performance lower down, less. The V6 is still decidedly linear and therefore still lacking somewhat in the drama department. There's not quite enough low-down fervour for it to invoke any real throttle adjustability from the rear-mounted (and standard fit) sport differential, nor is there much of a top-end crescendo at the 7,000rpm redline. Still, it gets you moving quick enough, and with a lovely six-pot hum backed by all sorts of purposeful gargles and snorts from the twin-pipe exhausts.

At times the eight-speed Tiptronic 'box can be a little hesitant when left in auto and suddenly called upon to deliver all 450 horses without prior warning. But it's brilliantly quick to respond to your commands in manual mode, even if we'd prefer a little less of the engineered-in thuds on upshift, which feel at odds with the engine's smooth delivery. At least you can easily cycle between modes now with the addition of Audi's RS button to the RS4's steering wheel. It's a god send on our varying Moroccan route, as it enables instantaneous switching between three modes; two customised ones in our case, and then the most recent factory-set one - Comfort - to handle the gravel sections.

It is this switchable character which best demonstrates the RS4's impressive bandwidth - one made broader still by laptop-based fine-tuning, particularly in the chassis. The car remains a model of composure and cross-country pace, even when it involves actual countryside. In that regard, it's hard to think of a fast estate better suited to this Morrocan route. On Britain's windswept, rain-soaked roads the feeling might be different - and it's still honestly hard to imagine the transition favouring the buttoned-down V6 to AMG's balls-out V8. But we'll see. For now, the RS4's enduring smarts are obvious enough. Same as it ever was.