Petrol power has to be preferable to diesel in an SQ8 - doesn't it? 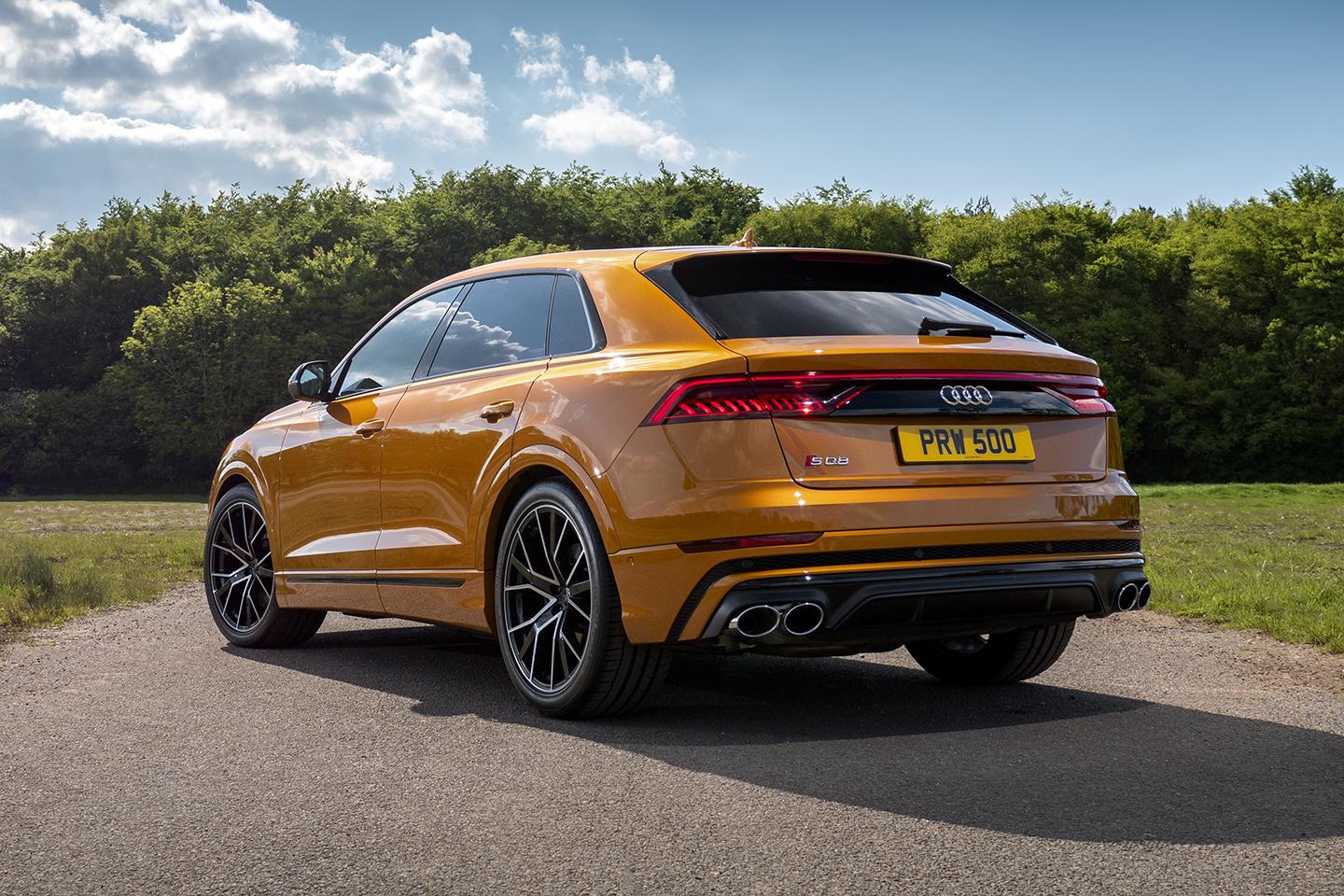 Audi making big changes under the bonnet of an S models is nothing new. Once upon a time, the S4 went from turbo V6 to nat-asp V8 to supercharged V6 in three consecutive generations. Even the diesel to petrol swap - as has happened with the SQ8 and SQ7 - isn't unfamiliar. The SQ5 went from the black pump to the green and back to black again in the space of just a few years.

So we shouldn't be surprised. But it was hard not to be taken aback at the move to ditch the electric compressor diesel technology for the V8 seen in everything from the Panamera to Urus. The old 4.0 TDI felt like the pinnacle for compression ignition, with immense performance, the range of a parsimonious camel and an intriguing sound as well. It lent the cars it powered a unique character, too: the ability to outdrag anything short of a 911 Turbo with no more than 2,500rpm was an undeniably appealing one. If the reasoning is entirely understandable - launching the cars in North America with petrol just made sense, so every market underwent the swap - then the loss of that engine remains a considerable one.

Well, it does, but if a great engine must be replaced then it helps to replace it with one equally brilliant. The 4.0-litre twin-turbo V8 makes 507hp and 568lb ft in this installation, which is more than good enough, even in a car weighing an awful lot more than it should. If turned down from the 600hp of the RS Q8 then the S remains plenty fast enough - 0-62mph in 4.1 seconds only tells part of the any-gear, any-revs, any-time speed - and blessed with all the traits that has made this V8 so popular.

It responds eagerly to the throttle, picks up from very low engine speeds, revs out enthusiastically and sounds appropriately rude while doing so. Some might argue it's almost too smooth - or made to sound too smooth - for its own good, but it's hard to pick meaningful fault with this engine as a 4.0-litre V8 offered for sale in 2021. Memories of the diesel, however fond, don't linger too long. The eight-speed automatic is mostly an excellent partner, too, even if a dual-clutch often feels just as smooth with this engine, delivering faster shifts when required.

The good news continues with the chassis, or at least it does for this particular SQ8. Opt for a £107k Vorsprung and all the chassis technology that makes these MLB-platformed cars drive so smartly - think Urus, Cayenne Coupe, RS Q8 - comes as standard. That means adaptive air suspension, all-wheel steering, active anti-roll, and torque vectoring four-wheel drive. The result of all that, as has so often been the case with cars on this architecture, is that the SQ8 very smartly suits pretty much any situation you care to challenge it with.

Around town it's plush and subdued in Comfort or Auto, even allowing for the odd thump from those chunky 22-inch wheels. At higher speed, it's even better, cruising with aplomb and authority. It'll corner nicely, too, far more direct than its stature (and kerbweight) would imply. Obviously it's not the most authentically rewarding experience - because nothing in this sector is - though it's hard not to be impressed by how all those systems seamlessly meld together to get the SQ8 down a road so damn fast.

With everything suitably tense in Dynamic, not much will go down a road quicker. Partly because nothing will get past a car this massive, but also because it covers ground so rapidly. There's no second guessing or making allowances for anything, because this Audi will simply go wherever it's pointed at seemingly any speed. Or, with conscience chiming in, having emphatically hauled itself down from speed with brakes the size of most car's wheels. 'Overgrown hot hatch' would be a cliché, but the comparison is valid: point, squirt, smile, repeat.

It isn't perfect, mind you. An interior that's almost entirely one huge haptic touchscreen is as annoying as it sounds, inconsistently responding to commands and meaning the whole interface is soon covered in smears. The fact buttons remains on the steering wheel, and have been seen on cars like the e-tron GT, is encouraging. But this isn't the best Audi interior out there. And a claimed 22mpg, however predictable for a car of this type, is nothing to shout about, especially when replacing a diesel. Those likely to use their SQ8 predominantly in urban environments - hopefully not an unreasonable assumption - might want to consider a smaller wheel as well. As good as it is, it could be a tad better on the low-speed ride front.

Crucially, however, the SQ8 - rather unlike the RS, and many of the uber SUVs - doesn't feel like it must be driven fast to get the best from it. There's as much enjoyment rumbling around enjoying the V8's torque as there is marvelling at the chassis' wizardry. If you can overlook the odd silhouette - easier said than done, granted - the SQ8 feels very much like a traditional, sub-RS fast Audi: a great powertrain combines well with a sufficiently engaging chassis, but a relaxed gait ensures it's likeable in a lot of scenarios. Which seems to be the antithesis of many an ultra-firm, super sharp, quite angry SUV - and makes the SQ8 much more appealing as a result.

So if this kind of car is your bag, the Audi is eminently recommendable. It's more powerful than a Cayenne Coupe GTS, nicer to use on the road than an RS Q8, offers a V8 that the sub-63 AMG SUVs (as well as the sub-M BMWs) do not and will make a Defender V8, however cool, feel pretty cumbersome to drive. It won't appeal to all tastes, of course, because it's an enormous orange SUV coupe, but for those who've always admired a large, quick, V8 Audi, there's a lot to like here. Despite what your prejudices might assume.