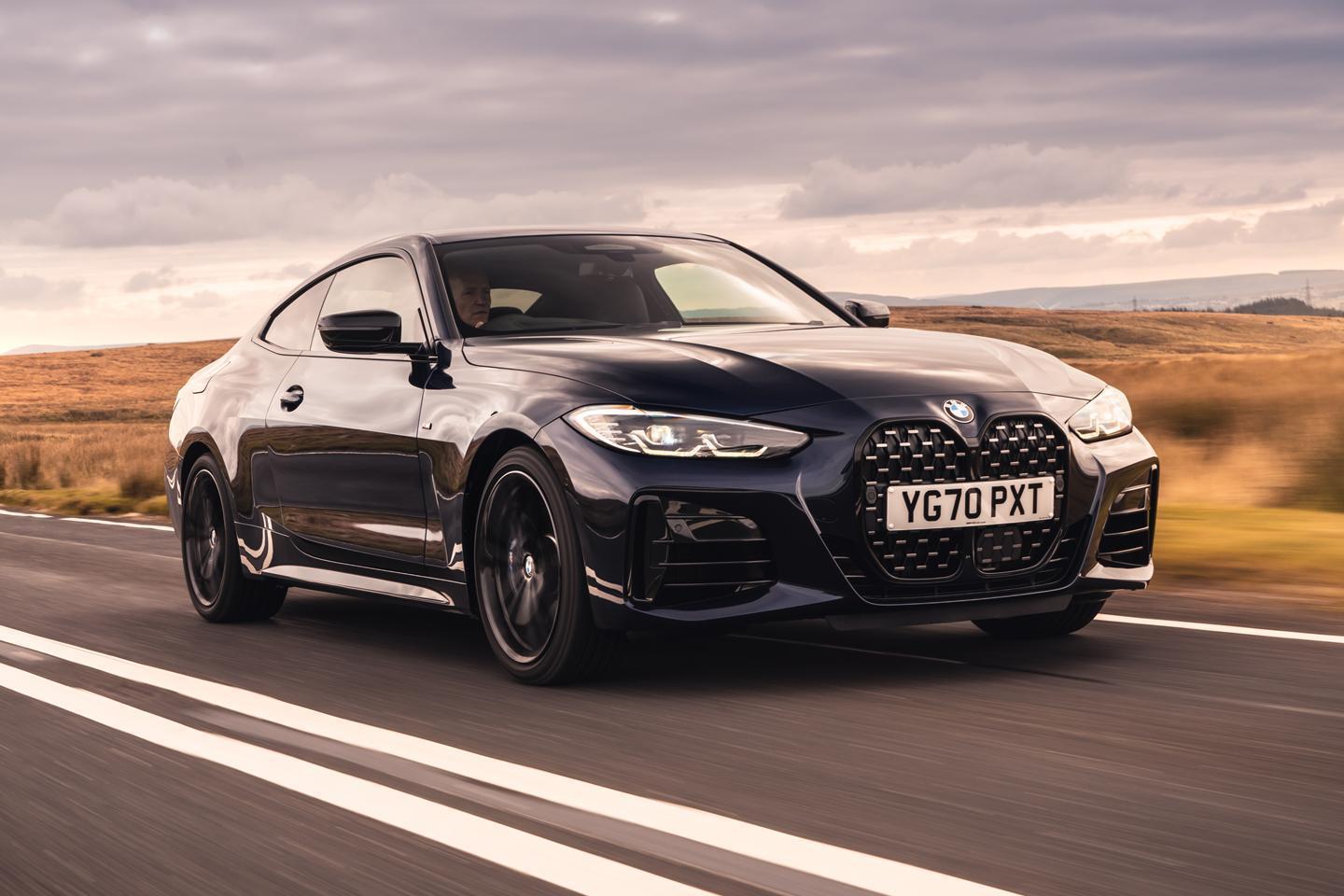 While the grilles on its nose will probably remain divisive forevermore, what’s behind them in the new M440i xDrive ought to appease just about everyone. Combining a 374hp turbocharged 3.0-litre straight-six with a chassis freed from the more stringent requirements of a full fat M model, it offers enthusiasts plenty to get excited about. And at £54k, this halfway house coupe is £22k less than the UK-spec M4, since the S58-powered car is being offered here exclusively in Competition format. Not bad.

Consequently there's a nice gap for the M440i to fill – and, you might argue, a terrific opportunity for its engineers to sprinkle just the right amount of M division magic onto the G22 chassis. The stats certainly look good: 0-62mph in 4.5 seconds is plenty fast enough, while a rear-biased xDrive system promises accessible performance the whole year round. And dare we say it, nostrils aside, the M440i possesses just the right mix of purposefulness and Q car subtlety for a sub-brand M product, too.

That goes for the inside, too, which nails the crucial aspects thanks to the G22’s layout. You’re placed low and within easy reach of the pedals and wheel, held by supportive, surprisingly soft seats. This snugness makes gauging the distance to each of the car’s four corners easy to judge. Admittedly, that swooping roofline does limit rear headroom so six-foot passengers will be brushing the headliner, but there’s plenty of legroom for all four passengers. The dash design isn’t exactly exciting (it’s all familiar stuff) but it’s functional, and that's good enough when there’s the tuneful B58 to listen to.

Like the G20 3 Series with shares much of its structural ingredients, you’re instantly at one with the M440i. It’s hard to conjure up words to describe the initial experience because you’re never forced to learn anything in operation; all of the controls feel cohesive and natural, the ride is good and the noise insulation admirable. The car is generally effortless and refined. It helps, of course, that the motor has great tractability, spreading 369lb ft of torque evenly from a gravelly bottom end to a silky chorus just before you’re handed 374hp. The B58 is wonderfully smooth, and always well attuned to the angle of your right foot.

The M440i shifts when said angle is flat to the bulkhead, to the extent that (on a winding B-road, at least) you find yourself questioning the need for any more power in a roadgoing machine. In the M5 Competition we drove recently, the window of opportunity for full throttle is restricted to a couple of seconds; in the M440i, you get to enjoy the process of working the engine between bends. Moreover, thanks to its accommodating nature, its razor sharp eight-speed auto and the elasticity of that straight six - not to mention the nice progression to the brake pedal - you don’t need to be fully on it to feel like you’re extracting the car’s best. There’s joy to be had at seven or eight tenths, where your inputs feel choreographed.

The G22 chassis, with the M440i’s adaptive dampers, has been tuned to fit. There’s an ever-present tautness in the springs, but the shocks lessen their grip on rebound so cracked city streets and sleeping policemen are dealt with easily enough. Obviously the car does firm up with the suspension set to 'Sport Plus', but the ride never seems overly abrupt. Still, setting it 'Comfort' and motor to 'Sport Plus', is the way to tackle British B roads. The body control is just right: not too stiff, but also never loose. It lets the car flow.

That’s useful because the steering doesn’t offer much in the way of feel, even if it’s well judged in ratio and resistance. The chassis limit is fairly readable anyway thanks to the way it works all four corners evenly and succumbs to a little lean. On greasy autumnal roads commitment on entry is never met with understeer; instead, the front axle fills you with confidence as the rear follows to ensure a neutral balance, inviting you to chase the throttle. If you've set the ESP in Sport mode or switched it out completely, the rear-biased xDrive system will permit you to transition to oversteer on exit, but expect a modest angle with the front pulling you straight. The all-of-a-piece fluidity is impressive.

It makes the M440i the kind of halfway house that is hard to fault. The B58 is superb and much more interesting than the AMG 43 motor, while the gearbox is rapid and free from any pops and crackle fakery. The chassis feels more agile than its rivals without being unduly firm. The tuning is so unforced that it almost has you harking back to a GT86's impish sense of fun - and that's high praise indeed. Of course anyone expecting a baby M4 will likely be disappointed as a result; this is not a barking, snarling road racer but rather a sweetly judged driver’s car that feels at home pretty much everywhere. Save in front of a mirror perhaps. But that suddenly feels like a much smaller price to pay...