The three-cylinder Caterham is back - but is it better? 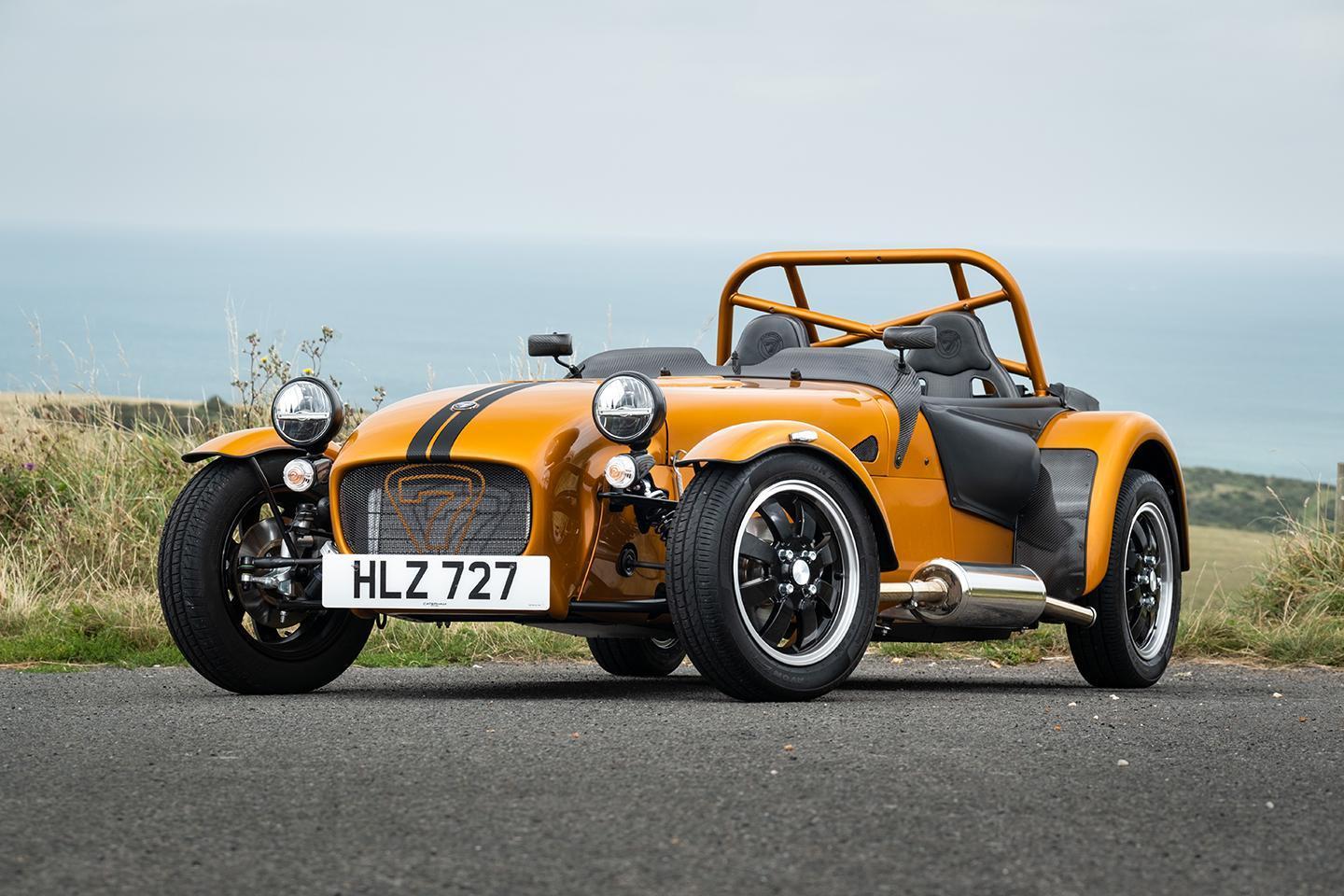 It's almost eight years since Caterham launched the 160, a Seven with an engine almost 1,000cc smaller than anything else in the range. Just three cylinders and 660cc represented a radical update for a new sports car with tangible links to the 1950s, and it wasn't an unequivocal success. Sure, the 160 made the Seven lighter and cheaper, but the deficiencies of the dinky turbo were exposed in a featherweight Caterham; boosty and not that willing to rev, it was hard to argue its case over the naturally aspirated 1.6s. Especially when the 160 you might actually buy came out at only marginally less than a Sigma-engined Seven. The car improved in time with the special edition Sprint and SuperSprint, but the price went up with the appeal - and you'd have to be pretty committed to spend £30k+ on a 660cc Caterham.

Still, the least desirable Caterham Seven on offer is like the least desirable chocolate biscuit in the tin - hard to resist nonetheless. And if the history of the three-cylinder Seven isn't glorious, then the future looks more promising: this is the Caterham 170R, part of a newly refreshed line up for the entry-level car (a 170S is also available) that aims to address some of the aforementioned problems. So there's a tiny bit more power from the Suzuki engine, even less weight (now just 440kg), a new gearbox (plus limited-slip diff) and revised suspension. Those who couldn't get their heads around a £30k three-cylinder Caterham will be pleased to know, too, that this 170R costs £22,990. The promise, presumably, is of some old school thrills, at last, to go with the more modern, more efficient powertrain.

First things first: though the aeroscreen is cool, and adding a proper one on the configurator looks like you've put a windbreak on the bonnet, please don't go aero-only. It's just miserable. We all dream of it being a visceral, exhilarating experience, yet actually driving a Seven with an aeroscreen is like a house without windows - there's never a point where it isn't massively annoying, and undermines the appeal. There's all the buffeting of a bike with none of the traffic-carving convenience. Spend the money and get a windscreen, for crying out loud. It's worth every penny.

In the 170R, being forced to wear a helmet for any journey of more than a mile is especially galling because of the soundtrack. More than in any previous 660cc car, it shouts proudly about its three cylinders, rasping and gurgling in completely charming fashion, and with another layer of intrigue provided by the turbo's fluttering. Though only slightly more powerful than the 160 with 85hp (instead of 80hp), this feels a more energetic engine, gutsier at middling revs and swinging around to the limiter more willingly, too. It still needs 3,000rpm on the dial before really moving, but it would be churlish to expect lag-free delivery, really, from an engine that could power a coffee machine. If not without flaw, then the revised three-pot is rewarding at last.

The engine is ably assisted in its mission by the five-speed manual, which shifts as sweetly and precisely as any Caterham gearbox. The ratios are shorter than ever, too, with second wrapped up by 50mph and third not even making 70mph, so everything is taken a gear higher than might be expected. Where that might have been a bind before, dropping out of the powerband or buzzing around the limiter, there rarely seems a situation now where third doesn't suit.

Just as importantly, there's rarely a situation where the 170R isn't tremendous fun. Okay, sat at 5,000rpm on the M23 without a windscreen isn't bliss, but for more Caterham-appropriate journeys it's fantastic company. Though it is, impressively, lighter than ever - 440kg is about what an Audi RS e-tron GT weighs over two tonnes - the difference between this car and the marginally heavier one in balance and agility was hard to detect. Nevertheless, the key here is that the 170R feels like a Caterham to drive, and much less of a dynamic outlier in the range.

A proper steering wheel (as opposed to those daft, enormous wooden rims) helps the sense of connection and immediacy, with the front Avons digging in convincingly and the rears helped in their work by a limited-slip diff previously reserved for the Sprints. Every which way you might want to drive a Caterham - fast and direct, loose and lairy, adjusting a line endlessly with steering and throttle - can be accommodated by this 170R in a way that never felt possible before in a three-cyl Seven.

Consequently, this feels like a much more convincing member of the Caterham family now, even if the 170R isn't quite perfect. For all the improvement, turbocharging still doesn't quite suit the Seven experience quite like natural aspiration or supercharging currently do - or electricity might in the future. You're robbed of the immediate response that those configurations offer, with even a moment's delay slightly out of kilter with the rest of the car's instantaneous response. And every shred of inertia or reluctance is highlighted when you're only hauling around what feels like the weight of four carbon Bentayga wheels. It's hardly like it's offset with rippling torque, either - just 85lb ft is made from 4,000rpm.

Of course a tiny engine with a specific output like this was never going to match the throttle response of a larger, naturally aspirated Seven. But like Hob Nob against Viennese, comparing Caterhams has always come down to the tiniest details - because they're all brilliant. And the 170R is clearly the best three-cylinder Seven yet, focused and exciting like the other models yet with a character all of its own. Other variants might have engines three times the size, but they aren't three times as fun. True, our money would still go on something with four cylinders - especially when you consider the £30k that this particular 170R costs - but, if the tiny triple appeals, it's never been more persuasive.