Every Taycan variant has impressed so far; how does it fare with half the power (and driven wheels) of a Turbo S? 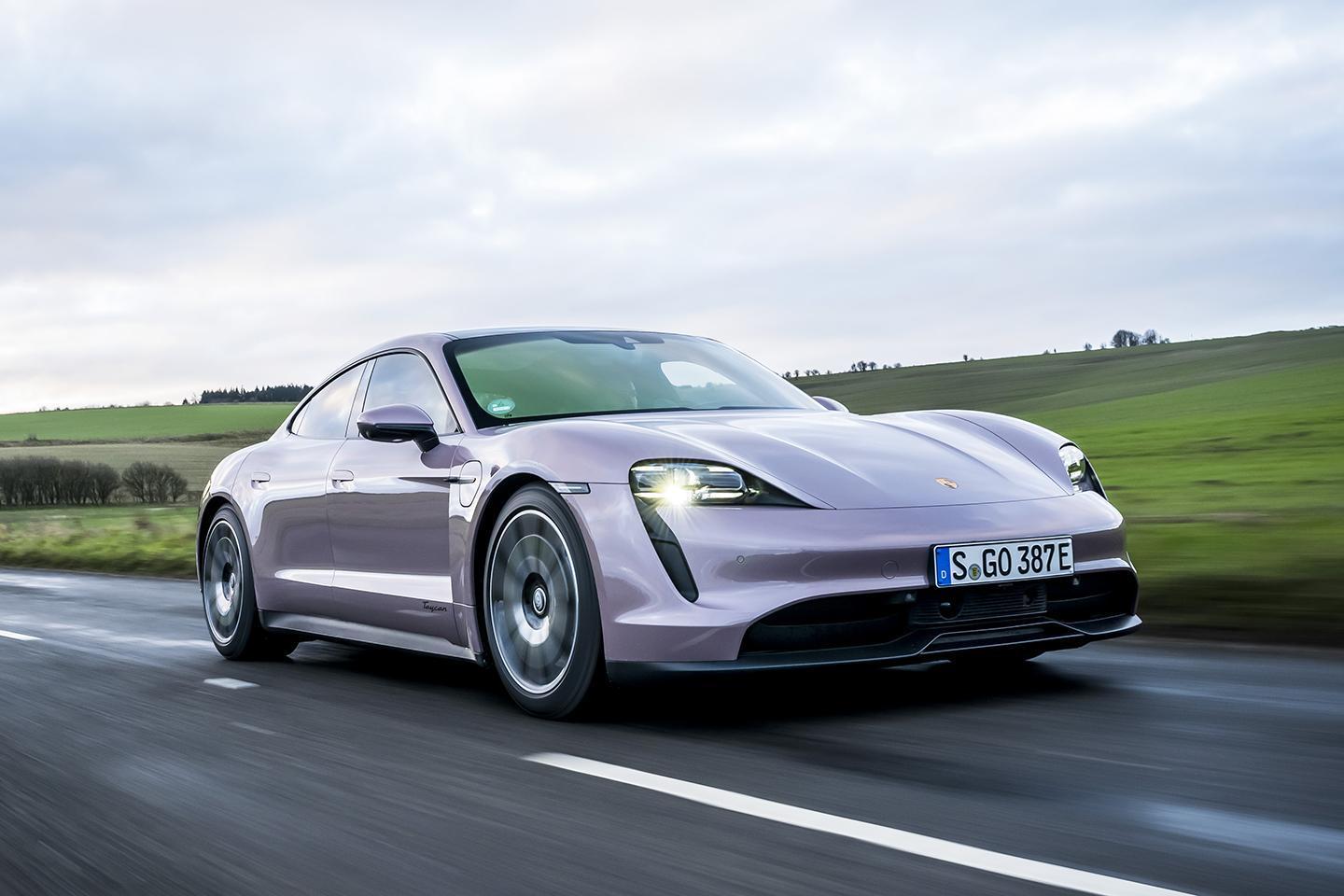 It seems that for almost as long as there have been four-wheel drive cars, there have been journalists advocating the purity and engagement of two-wheel drive alternatives. Porsche 911 Carrera 2 versus Carrera 4 is perhaps the most obvious example, with the arguments over steering feel and traction and understeer well-worn through decades of debate. Now it's time for the discussion to move into the electric era, with the entry-level Porsche Taycan, because it's the only model in the four-car line up without drive going to both axles.

Unlike Carrera 2 and 4, though, the latest Taycan doesn't have a like-for-like four-wheel drive equivalent - it's giving away more than 100hp to the 4S, the next model in the range. That said, the usual benefit associated with the subtraction of one driven axle is here, with a slightly lower kerbweight thanks to absence of additional hardware at the front. Only here it's a motor and inverter as opposed to driveshafts. And let's be honest: a smidge over 400hp and 5.4 seconds to 62mph isn't exactly sluggish. You've heard the cliché a million times before in a combustion context, but now might be the first time for an EV: is the lightest, least powerful Taycan the pick of the range?

This new model has already acquired some kudos denied to all the other Taycans, having claimed a Guinness World Record for longest electric vehicle drift at the end of last year. And although skids around a perma-soaked circle make the whole sideways thing a lot easier, to have a Taycan oversteering for more than 26 miles still ranks as quite the achievement. It ought to put the car on the radar of enthusiasts far something other than range or charging, put it that way. And suggests it might be quite fun to drive on a slippery, wintry road...

Optional Frozenberry metallic aside, the Taycan is initially like any other 4S, Turbo or Turbo S - which is to say about as desirable as EVs currently get. Going for the version that's half the price of the flagship model doesn't mean the quality or sense of occasion is dimmed one bit. This Taycan still feels just as cool and contemporary as those which cost tens of thousands more, with the same crisp displays, lovely materials and faultless ergonomics. Not that we're suggesting anyone would expect to be short changed by a £70k Porsche; the point is that the surprise and delight of owning the first Porsche EV isn't affected by buying the cheapest one.

That impression extends to driving the new Taycan, too. It responds with the same tangible quality to every input that has marked out the entire range since day one. Perhaps that shouldn't be a surprising observation - this is, after all, still a jolly expensive car. But any lingering doubt about the most affordable Porsche Taycan feeling like a lesser relative is expunged after five minutes.

Now, obviously, it is slower than those stablemates with six and seven hundred horsepower - there's no getting away from that. On the other hand, where a conventional model range would account for the difference with the emotional pull of extra cylinders or a larger turbocharger, that's obviously not the case for the Porsche. It's the same instant, seemingly relentless forward motion, albeit in a lesser amount. To be honest, not feeling queasy after every squirt down a slip road is quite pleasant and underwrites the idea that the cheapest Taycan will be more than fast enough for most - even if it doesn't quite muster the breathtaking acceleration EVs are best known for.

All of which was kind of predictable, right? The real rear-wheel drive Taycan revelation is coming, surely, in the corners. Shorn of driven front wheels, this new model will come alive like a Carrera T, driving with even greater vim and vigour than the already impressive standard car... Well, not really. Even on damp, freezing cold roads, it drives like all the other models, feeling no less capable and not really any lighter on its feet either. Which, given the percentage of 90kg in 2.2 tonnes, makes sense. It speaks to the Taycan's innate competence that making it two-wheel drive only (admittedly with reduced power) has so little impact on traction or driver confidence. To all intents and purposes, even in conditions that really shouldn't have suited it, the Taycan drove with all the composure and class of any other.

Well, almost. For anyone prepared to really go looking for it, the rear-wheel drive can be detected. Get greedy out of junctions and the wheels behind your head can be heard juddering away as Porsche Torque Vectoring marshals proceedings, a little more so if the PSM Sport setting is engaged. But any dreams of cheeky squiggles out of slower bends, the sort of indulgence an M car or AMG might afford its driver, are shut down by the Taycan's immense purchase on the road. The Taycan will oversteer, and eventually does so in a remarkably natural, authentic fashion, but it takes an awful lot of persuading.

Except, of course, nobody is buying a Taycan to hoof it around wet roundabouts; it's all about the accessibility of car that was previously, staunchly above £100,000. There are going to be a few options that almost tick their own boxes - the 93.4kWh Performance Battery Plus, the 20-inch wheels, air suspension - and push the price up, but the fact remains that at £70,690 this Taycan's RRP is only £5k more than a Mercedes-AMG E53 saloon with comparable power (if less weight). On paper the Porsche has become a valid alternative, and an even more attractive one after driving it. Some will crave the dizzying performance of the more senior Taycans, of course, and they remain superb cars. But unlike combustion cars, the junior option is noticeably less diminished by the reduction in power; its star quality remains firmly intact. Since precious little else has changed, those willing to accept brisk rather than terrifying performance and who don't need to ascend snowy slopes will find a lot to like about the cheapest Taycan. Even if Frozenberry metallic might not be top of the list.