Pricier than a Carrera, less powerful than a Turbo, heavier than a manual... and rather lovely nonetheless 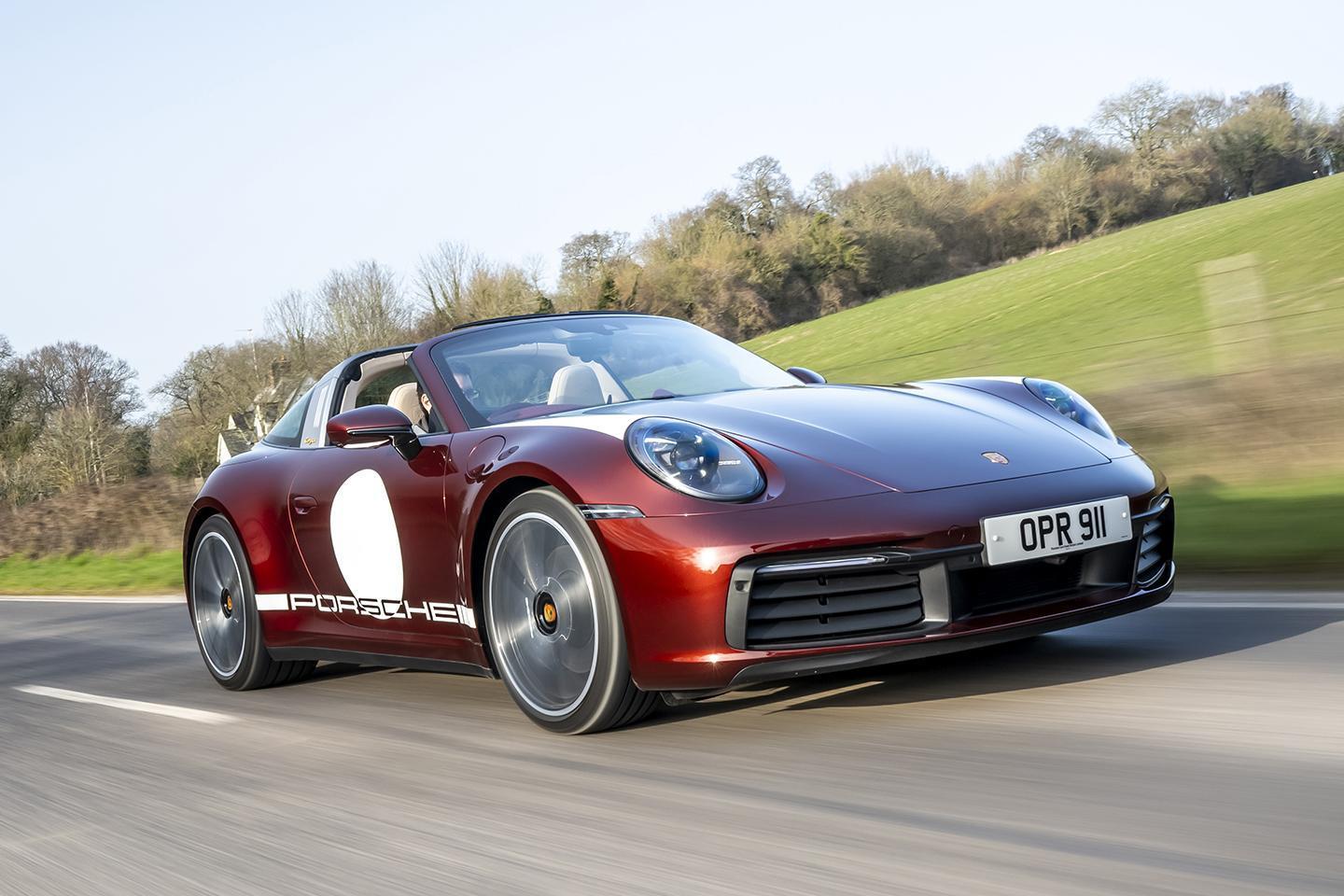 If nothing else, a good sports car should make its driver feel great. As in top-of-the-world, nothing-else-matters, out-the-right-side-of-bed kind of great. Because sports cars should obviously be about the joy of being behind the wheel. They only have to make limited concessions to practicality, usability and efficiency; their main objective is entertainment of the life-enriching sort.

The Porsche 911, for all its exceptional talents, is arguably not the most feel-good sports car out there. Its breadth of ability is not in question - yet the toe-curling excitement of a great sports car experience doesn't always materialise as often as you might like. And when it does, it tends to be at a speed that's a bit more than 'exciting'. A 911 owner gets the warm satisfaction of possessing the best all-rounder by a distance, if not necessarily the uncanny desire to eke out each drive for as long as possible.

Which is where the Targa 4S Heritage Design Edition might come in. Because although this is to all intents and purposes another 450hp 911 Targa, there is a little more to it than that. Granted, not the kind of tweaks that would typically engender affection for a limited edition Porsche: this is no lighter, no faster, no more aggressively set up than any other equivalent 911. Instead, it gets deep, rich, lustrous Cherry Red paint, Fuchs-style alloy wheels, gold accents, white stripes to make it look like a lightly biffed 356 racer, Heritage badges, more gold...

On paper, it sounds kind of naff. In reality, the HDE is stunning, the Targa body perfectly suiting the colour combination. It's a 992 to gawp at, admire and photograph in a way that no other has yet been. For justifying the premium and for making its driver feel special, the Heritage's external modifications work an absolute treat.

It's similar inside. In much the same way that dark red and gold sounds dubious for the outside, so Atacama Beige corduroy, Bordeaux Red leather and Phosphorous Green (for the tacho) really shouldn't work - and yet it elevates the 992 cabin above anything else from this generation. You'll cry when coffee gets spilt on the corduroy and perhaps red for the steering wheel is a bit much, though once again the Heritage feels like a cut above other 911s in reality that's quite hard to convey on paper. Touches like the gold numbered plaque, green backlit dials, bespoke badges and extended leather are details that can be appreciated even when stationary, and not just when hooning along at the limit of adhesion.

Perhaps that's the clever thing about the Targa Heritage Design Edition: in a 911 generation that's more capable than ever before, here's one that can be enjoyed at considerably more sedate speeds. Indeed, even as a stationary object. Passers-by are curious about it, phones are wielded in traffic jams, pedestrians take that bit longer crossing the road. It's something akin to the full supercar treatment, albeit in a relatively humble 911. Which is nice.

Of course, it still drives exceptionally well, because beneath the cosmetic embellishments remains a Targa 4S. Remember that was a car Dan P described last year as "alert and agile, interactive and tactile", one with "stunning" ride quality, "brilliant" engine and faultless transmission. There's nothing about a brief drive of this Heritage Design Edition in the UK that would lead anybody to a different conclusion, although it remains a shame that the roof arrangement mandates a weight gain in excess of 100kg. That the Targa rides as ably and handles as directly as it does with a such a substantial kerbweight is a credit to the people who designed it; no doubt a manual coupe would reward the keen driver more often, but that would be missing the point entirely.

Because cars like the seven-speed Carrera S, alongside the Turbo S Coupe and the Carrera cabriolet and all the others, offer different 911 experiences for different buyers. The Heritage Design Edition, despite looking like a fairly modest overhaul with tenuous historic connections, offers another one, furthering the sense of occasion found in a Targa with some judicious styling tweaks. It could easily have been a nostalgia fest - but in fact the balance between classic style and contemporary substance feels very nicely judged.

Quite frankly, with the sun blazing down, sat in the HDE interior and knowing what the outside looks like, it's hard to imagine wanting to be in another 911 for whatever journey is ahead - even allowing for the buffeting. Consequently, while this enthusiast's £140k would gladly still be spent on a GT3, the Heritage plainly isn't aimed at those buyers; it's for those who want to look good and feel even better in a 911, with the added appeal of exclusivity (less than 100 will come to the UK) thrown into the bargain. If bargain is the right word. For those customers, the Targa 4S Heritage Design Edition is hard to fault; and crucially - perhaps unlike some other 911s - pretty easy to love as well. There are three more Heritage Design Editions to follow, for which our typically purist ideals can be damned - if there are more crowd-pleasing Porsches like this on the way, then they can't come soon enough.