Can the Alpina magic extend to a blinged up diesel SUV? Er... 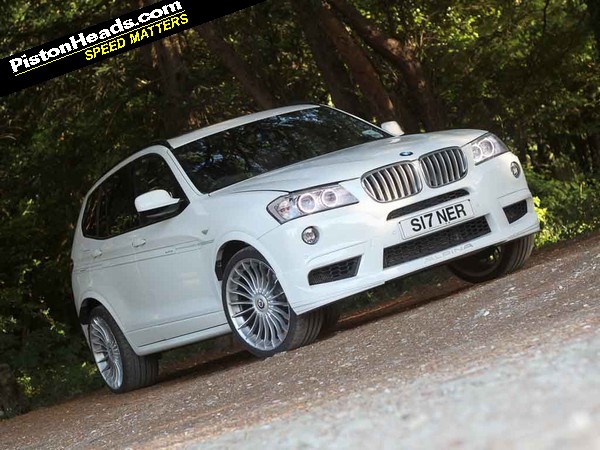 ? Obviously it's got all the Alpina essentials like the trademark coachlining and delicately spoked 21-inch wheels, handily delivered pre-kerbed on our test car to save us a job. Like the B3 it has two turbos and some very, very impressive numbers, including 350hp, 516lb ft of torque and 0-62mph in just 4.9 seconds. 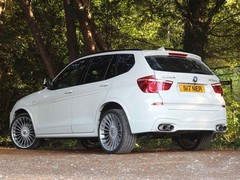 Classy, discreet, understated? None of the above

The brochure is full of exciting sounding stuff too about how Alpina's engineers have improved the breathing on the engine with larger intake ducts, revised turbo pressure and tweaked fuel injection to realise the extra power. They've also added a 38 per cent larger intercooler for good measure and tweaked the exhaust it for "a surprisingly throaty sound." There's even a boast about the revvy character too.

All good so far. And then you look up from the spec sheet and ... blimey. Yes, it's a 60-grand diesel X3 with a bodykit, big alloys and quad exhausts. In white.

Is this the least PH-worthy car to ever grace these pages? While there's a certain comedy value to driving something that'd make a TOWIE wannabe wince for being a bit on the flashy side it's got to be in with a shout. 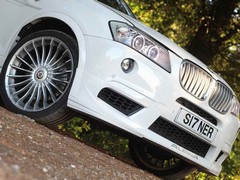 Takes quite a lot to make a Porsche Cayenne the conservative, more aesthetically balanced option. But in this instance the £59,053

with that extraordinary 382hp/626lb ft V8 looks like something like a Q-car in comparison. Even the Porsche can't match the Alpina's performance though, the XD3 nearly a second quicker to 62mph and even beating the Cayenne on the boring stuff like mpg and emissions. Response from the twin-turbo six is never less than astonishing, picking up without hesitation, tumescent as the boost really comes on and then exploding with real ferocity as the eight-speed auto punches trough the ratios.

On the inside the Cayenne feels that bit more special though, the Alpina suitably tarted up but still, ultimately, an aging car from a class down with a few Alcantara bits stuck on. And quad exhausts or not, there's still a derv like death rattle on start-up that'll make those Akrapovic branded tips sound as ridiculous as they look. 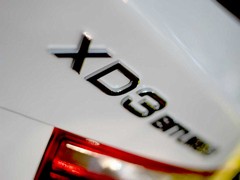 Is there a saving grace to all this?

Erm, well... Being Alpina there is scope to bespoke the car to suit your particular tastes and whims. Which, in our case, would probably mean going for the same engine in a 5 Series Touring, AKA the Alpina D5 which we tested in saloon form a little while back. Here the combination of astonishing but finely metered punch and Alpina's traditional luxury find a much happier home.

The nicest thing we can say about the XD3 is that it's probably not us. But then what do we know? Apparently Sytner can't get them in quick enough to satisfy demand.