A three-quarter scale, electric Bugatti Type 35 is not typical PH fodder; it is bloody good fun, though 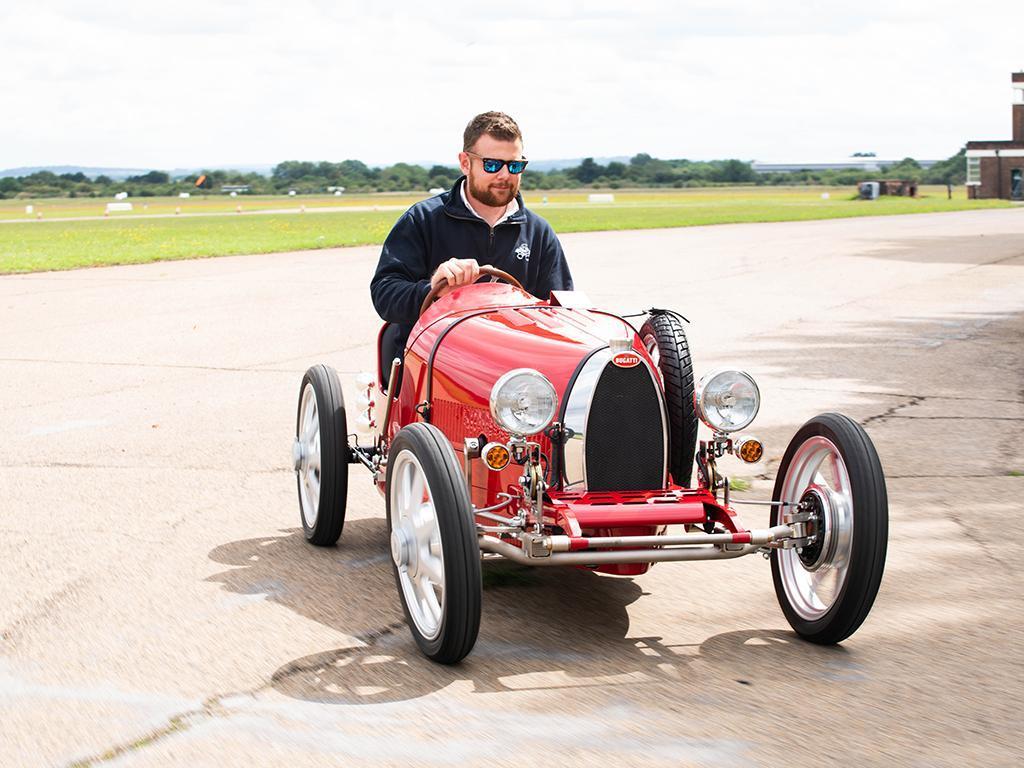 Even in the heady, carefree days of March 2019, the Bugatti Baby II was never going to be appear on many Christmas lists. Cute and cuddly and aimed at children it may very well be, but the Baby was still a Bugatti. And Molsheim won't shirk at asking a quarter of a million for a watch. So the Baby II was priced at €30,000 plus taxes and delivery, dependent on spec.

Which looked an extravagance 18 months ago; during a global economic and health crisis, family car money for an electric plaything seems borderline obscene. However, despite some customers pulling out - meaning there are build slots available - the first Bugatti Baby IIs are in production, with customers set to receive their cars before the year is out. Given this is the creation of The Little Car Company in the UK, with plenty more set to come from the company in the near future, there is good reason to not put Baby in the corner. Even if very, very few of us will ever be in the position to buy one.

Moreover, and in just as predictable a fashion as you might expect, all concerns about the timing, appropriateness and cost vanish on sight. As a 75 per cent replica of the Type 35 (an original was 3D-scanned to ensure accuracy), the new car is instantly recognisable and immensely appealing - although it's the quality that really shines through. It might cost Caterham money, but the Baby II is notably better built. The solid silver badge on the nose gleams, the paint shines, the aluminium dashboard and dials look plucked straight from the 1930s. Only looking better than new. And with a battery charge indicator...

To see where the time and money goes into a Baby II, you need only look around it. Every detail, from the filler cap that's now a charge point to the leather bonnet straps, is of exceptional quality. The Baby II somehow manages to be a faithful homage to one of the world's most iconic race cars without ever falling into pastiche or tactless imitation, which is frankly an enormous achievement. A good deal of enjoyment could be derived from the Baby II just as a static object.

But not all the enjoyment, of course. After all, this is a Bugatti with a Speed Key and development help from Andy Wallace - it was built to be driven. The Baby II will be offered in three configurations: the Base car comes with a 1.4kWh battery pack, while the Vitesse and Pur Sang get the 2.8kWh pack, Speed Key and 45mph potential. The Vitesse is carbon bodied and the red car seen in pics, the Pur Sang lovingly assembled in hand beaten aluminium and here in blue; unsurprisingly the latter is the most expensive derivative, though also the most popular body thus far. One customer is having their Pur Sang matched to their Chiron Super Sport 300+, apparently, with orange stripes on black paint - of course.

Now, quite clearly, the Baby II - like the original - is aimed at children. It is actually designed for a broader age range than the first Baby (that was a 50 per cent replica and so didn't suit many kids beyond the age of eight). This one, with its adjustable pedal box and reprofiling of the interior dimensions, should suit many more children. What it is clearly not designed for is lumbering, ponderous six-foot buffoons who are quite a lot heavier now than in February. Still, with some persuasion, swearing and legs wedged between steering wheel and dash, I was in. By hook or by crook, the Bugatti Baby II was being driven. Hopefully with me still inside.

Now, a proper journalist would tell you what the car is like in its different modes, working up through Novice, Expert and Speed Key modes. But, well, the second key was already in - who would ask to have it taken out? The Little Car Company says the Baby II "will try and spin its rear Michelin tyres from standstill" with the most powerful setting deployed; our getaway was a little more gingerly, getting familiar with skewed pedals (because of the steering box location) and the feeling of being a human quart in a four-wheeled pint pot. It's initially a little precarious, as the pictures attest to. Just a point of warning to prospective buyers keen to pinch it from the kids.

Confidence soon arrives, however, largely because the Baby II is remarkably car-like in the way it drives. Certainly anyone expecting kart-like immediacy or the synthetic feel of a toy will be surprised: the littlest Bugatti drives, within reason, exactly how you would hope a scaled down Type 35 does. Okay, there are differences, but when even that bizarre camber is identical (with only a tweak to the kingpin axis to reduce understeer) you get some idea of how faithful the Baby is to the original.

So the steering requires input turning to get into a bend, rather than the car darting towards an apex with the merest tilt off centre. Once there the driver can feel (and watch) the tyres do battle with the available grip; time the exit right with the weight moving towards the rear and the inside front wheel will pick up, making you feel for all the world like a proper racing driver with a huge moustache and lots of middle names. Traction is excellent thanks to those Michelins and the standard limited-slip diff, the only thing likely to cool the racing boots being the fear of falling out. Rest assured though: the Baby II is a proper little driver's car.

Perched in there like Big Bird having carjacked Mr Toad, it was impossible to see the faithfully recreated instruments, so it's hard to vouch for the performance claims. Certainly 0-60kph in six seconds feels believable, the Baby II scooting away from bends and keen to continue adding speed even with the wind already rushing through your hair. And face. And everywhere. Furthermore, the impression of driving a miniature car (rather than a scaled up toy) is helped by the responsiveness of the pedals; Andy Wallace insisted on a change to the throttle map, the team say, deliviering a more progressive build-up of performance through the pedal travel. The car can be mostly driven on that one pedal, the brake only really there for those attempting the full miniature Mille Miglia reimagination. Or a new lap record around the orchard.

It would have been easy for the Baby II team, given the iconic status of the Type 35, to have merely created a faithful replica of the old racer and left it at that. Make it look pretty, sell all you can make to the well-heeled, move onto something else. That so much care and attention has also evidently been lavished on the drive and the details is a credit to them, and simply serves to make the Baby II even more lovable. It feels like a Bugatti product: high quality and thoroughly engineered, a point reflected in the car's recognition by both Molsheim and the Bugatti Owner's Club. One suspects the latter doesn't just accept any old nostalgia trip.

So while the Baby II will only ever be a plaything of the one percent, that shouldn't detract from the job that's been done. It's a great idea beautifully executed; more than that though, and more than any other facet of its ability, the Bugatti Baby II puts a great big smile across your face at little more than walking pace. In 2020, that counts for a lot.