Was it Amsterdam that had us raving about the Cactus? PH tries one in the UK to find out

A Citroen crossover hatch with a 100hp diesel engine, five-speed gearbox and no rev counter sounds about the least PH-worthy car we've ever allowed into our realm. And yet... 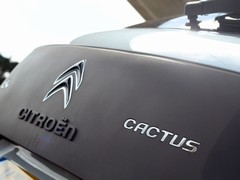 Prickly and dry? Not a bit of it with this Cactus

First things first, let's get the price out of the way. New car costs money shocker. New car costs same amount of money as other new car that may, or may not, be considered more PH-worthy. Which in this context means, yes, you could have a Fiesta ST for around the same as the base price of this 100hp diesel crossover, never mind the £20,360 with options it would leave the showroom for.

A meaningless comparison then, made purely to save anyone else the bother in the comments thread to follow.

Chocolat chaud
Clearly the Cactus clearly isn't a hot hatch. It isn't even a warm one. It is, however, a welcome assertion of more egalitarian and distinctively French values on the crossover market. Forget the isolationist field of view and bunker mentality adopted by many - Citroen has successfully subverted quasi-SUV values to its own ends. 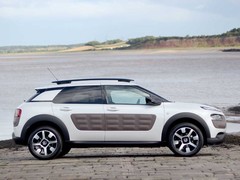 It's a Citroen with brown bubble wrap on the side...

So you get the confidence inspiring loftiness everyone seems to love and a soupcon of kerb bashing 4x4 ruggedness but executed with a genuine sense of fun and none of the macho posturing so tiresome among many rivals. It's been cleverly engineered to a price, embraces weight-saving minimalism and includes a wacky innovation that both looks quirky and banishes door bashing car park neurosis in a stroke. Welcome back Citroen!

Design is of course subjective and you'll either love the Cactus or hate it. A poll of the PH office had most of us in the former camp, qualified by a little disquiet about the optionally hued 'Chocolate Airbumps'. There's something of 70s sci-fi about both the interior and exterior that's hugely appealing - it's all a bit Star Wars, with a garnish of Kubrick-esque 2001 Space Odyssey on top. Conformist Q3 aspirants aside the Nissan Juke has proved buyers in this sector aren't as conservative as they might seem and if there's any justice the Cactus deserves similar success. 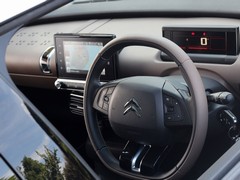 ...and yet there's plenty that's rather cool about it

Obviously it'll be a hit with the school run set and a more quirky family car alternative to the likes of the inexplicably popular Countryman. But could the Cactus also go down well with the outdoorsy types who might have bought a Honda Element, had it ever been imported officially to these shores? The fixed rear bench and high loading sill don't help but the Cactus manages to offer a hint of 'lifestyle' appeal without that appearing contrived or inspiration to punch the nearest 'sports active' type in the face.

French tickler
And to drive? Perfectly acceptable. The 100hp 1.6 diesel is workmanlike and has enough grunt to keep pace on the motorway while returning mpg figures beginning with a five or a six, the suspension has a little more travel and compliance than a regular hatch without being standout impressive and the steering is direct and positive if lacking in any feel. Only the vague, gritty gearshift really spoils the party. And the saggy seats might not have enough support for longer journeys. But do look nice with the optional leather. 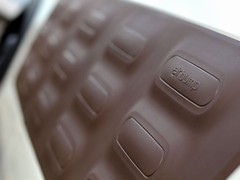 Farewell car park paranoia - worth it for this alone

Amalgamating all the major controls - including ventilation - into a touchscreen system is bold and does a good job of removing button-based clutter on the dash but it can be a bit laggy and irritating to use. Fair play for trying though and from a design perspective it works wonders, creating a cabin that's both minimal and stylish. And that's the Cactus through and through. If not perfect it is definitely interesting and if it reignites a creative streak within Citroen then all to the better.