Why Land Rover's new three-cylinder powered, two-tonne compact SUVs are better than you might think 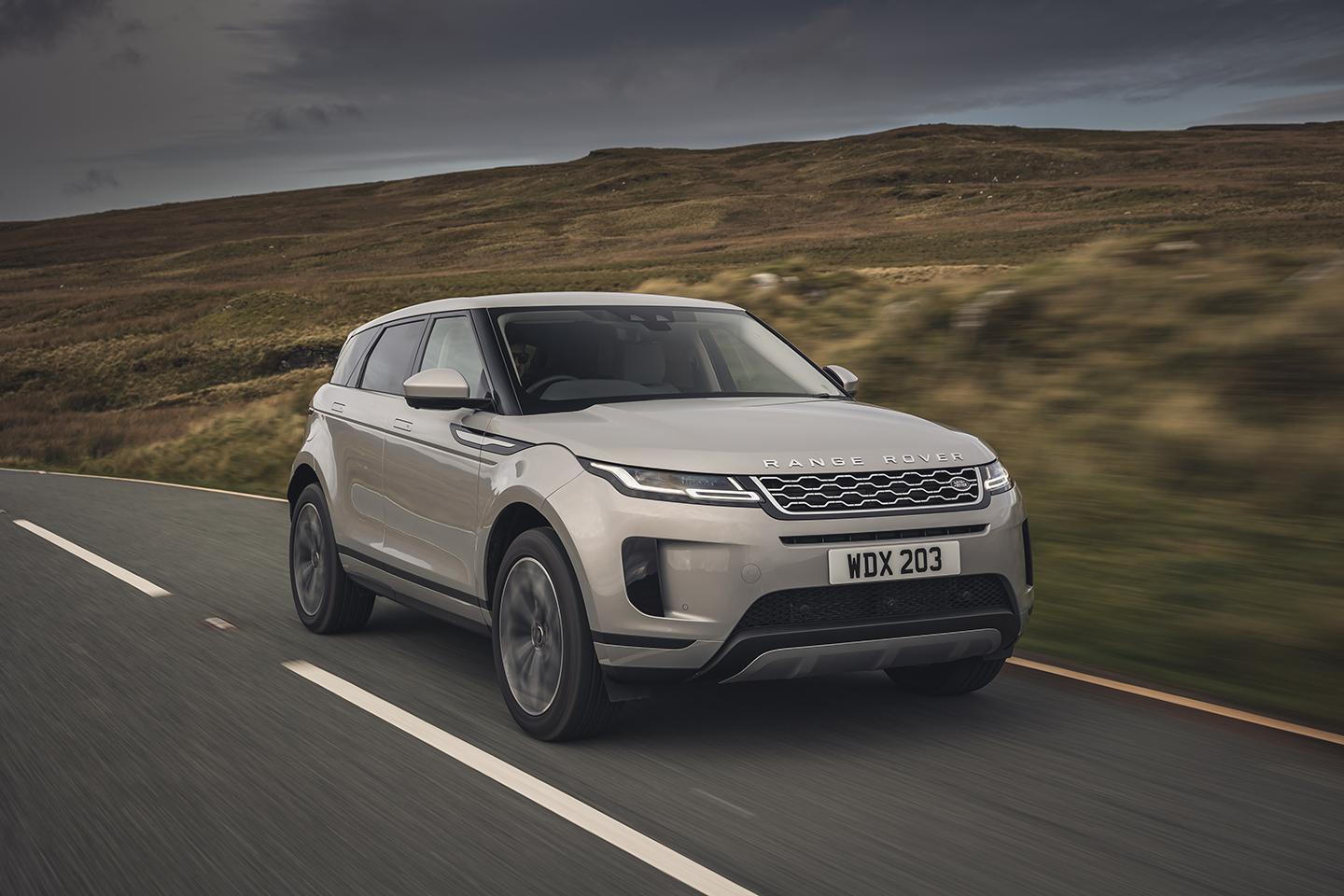 It's hard to think of a pair of vehicles more attuned to prevailing customer attitudes than the latest P300e pairing from Land Rover. You'll have seen already the sheer amount of Evoques and Discovery Sports on the road, attesting to their popularity. Plainly electrification is only set to become more prevalent as the decade progresses and - almost regardless of what they're like to drive - the combination of Land Rover badge, McGovern styling and plug-in hybrid capability will likely be enough to convince a small mountain of buyers. (Imagine the demand when the Defender PHEV goes on sale.)

For now, it's turn of the more affordable Discovery Sport and the Evoque, both with the same entirely new hybrid powertrain. Yes, the modular Ingenium engine family has spawned a 1.5-litre, three-cylinder derivative - meaning these chunky SUVs are powered by just 1,498 cubic centimetres of cubic capacity. Plus an electric motor supplied by a 15kw battery pack. All very 2020, although still bizarre for anyone who can recall 2.5-litre diesel Range Rovers with the accelerative properties of a mule.

The important numbers are 309hp and 398lb ft, meaning both Discovery Sport and Evoque can dash to 62mph in comfortably less than seven seconds and reach 130mph. Just as importantly, they are each also capable of around 40 miles (the Discovery 38, the Evoque 41) on electric power alone. And you'd have to be a long way from the catchment area for that to be used up in a school run. It's worth noting, too, that hybridisation was always part of the plan for models built on the Premium Transverse Architecture; the platform was designed to accommodate batteries and motors, rather than it being adapted to the needs of electrification. So the cars should feel cohesive, seamless and all-of-a-piece.

Which, for the majority of the time, both P300e cars do. The cars start in silence, with the driver then given the opportunity to drive in Hybrid, Save or EV mode, selectable via a dash button. While 109hp and 192lb ft of electric power sound considerably less impressive than the total power outputs, it's more than sufficient to make progress on the sort of zero emission journeys it is intended for. Both cars obviously lack the instant, insatiable urge of a pure EV, but it's hard to find much issue with the performance between traffic lights and roundabouts; at the urban speeds they're meant to tackle, both Discovery and Evoque are more than agreeable company.

The bigger news, and the bigger piece of good news, comes in the form of the 200hp 1.5-litre triple. Because not only does it bolster the both hybrids to a competitive level of performance, it does so memorably and effectively. Of course, it chimes in to support the electric motor without fuss or delay, but it is also exceptionally smooth for a three-cylinder motor and surprisingly willing to rev. That seems about as relevant an observation to prospective buyers as how each might fare off road, though it warrants mention: there's that undeniable rasp and thrum that comes with the configuration, cleverly kept to a level where it's never intrusive. A choice between this, with faint echoes of a V6 and a fair lack of inertia, against another droning four-cylinder would be an easy one to make in either P300e's favour.

Performance with all systems firing is impressive, too. In cars like these torque is king, and 398lb ft is broadly comparable to the 406lb ft produced by the straight-six petrol in the Defender. So both Evoque and Discovery Sport are more than fast enough when required, justifying their cost and banishing a lot of lingering memories of slightly weak Ingenium engines. There's easygoing, easily accessible speed with the low-down torque, complemented by an engine that feels keen if the mood should take you. It's a really convincing powertrain.

The Evoque in particular remains a lovely car to drive, its chassis both as agile and accommodating as it would be reasonable to expect from a car like this. It is genuinely entertaining to drive it quickly along a challenging road, thanks to the way every control responds and its willingness to change direction - which is not a description that any compact SUV earns lightly. The Sport, while inevitably more mature, could teach many a more ostensibly focused car about steering, and one or two luxury ones about refinement.

Granted, there is still a fly in the ointment. A large, potentially unsurprising fly. Both models are very, very heavy, even by the standards of plug-in hybrid cars: the Evoque P300e is 2,082kg before anybody has got in, against 1,850kg for the 2.0-litre, non-hybrid P300 petrol. It's a similar story for the Discovery Sport: 2,093kg for a hybrid, 1,864kg for a comparable P250. And however good Land Rover's chassis engineers are at disguising mass, they can't entirely mask an additional 200kg of the stuff, even if it is smaller percentage add-on for a 4x4 than a saloon. The extra load manifests itself as a slightly fidgety ride at low speed - not deal-breaking perhaps, but ever-present nonetheless. And you never entirely escape the impression of some additional dynamic inertia, even though the battery weight is mounted lower down. Imagine you put on 12 per cent of your current weight again; it would still be you, only flabbier and not as athletic.

There would also appear to be an issue with Land Rover's emission figures, which may yet turn out to be slightly north of the provisional numbers quoted. A marginal adjustment is unlikely to sway a buying decision - on the basis that plug-in hybrid scores are not representative of real-world use anyway - just as the addition of 200kg is unlikely to weigh too heavily on a Land Rover customer's mind. Both iterations of P300e, despite Range Rover-esque kerbweights, still drive with most of their established personalities intact and the introduction of a zesty hybrid powertrain, advantages in running costs and the delivery of the new Pivi Pro infotainment system are likely to be the decisive factors. That hardly makes the prospect of yet more two-tonne SUVs excusable, but around the worryingly familiar weight gain Land Rover has done a laudable job of electrifying its most popular cars. That said, it's hard not to imagine the enlivening possibilities that might result from the manufacturer twinning its likeable new petrol engine with something much lighter on its feet. We live in hope.