Only yesterday we revealed details of the mad 508hp Volvo S60 Polestar - now we've driven it! 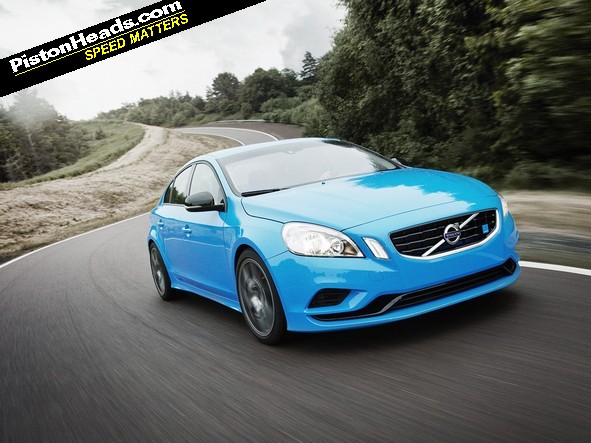 Somewhere on a test track in the heart of a gigantic factory complex outside Gothenburg an S60 with most un-Volvo brand values, a 508hp straight-six turbo, outrageous blue paintwork and four-wheel drive scrabbles for traction on a wet test track, all popping exhaust and wastegate noise. This is the sound of PH having lots of fun. In a Volvo. 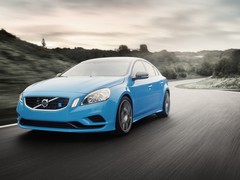 We like to think of the Swedes as quite a serious bunch. You know the stereotypes - sensible shoes, safety conscious, good with flatpack furniture and all that. Anyone who's witnessed them drinking will know the truth though - when the Swedes do mental they can do it as well as anyone. But still the need for the first slide in our presentation to ask: 'Are you serious?'

'Are you serious?'
When you hear this car has been sold for 300 grand to a customer in a country where dollars are the primary currency you'd have to say ... actually are you really serious? 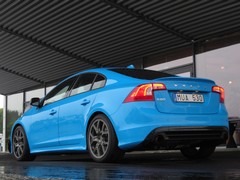 Paintwork aside the S60 is relatively subtle

From behind the wheel it would appear very much yes. An S60 might not seem the most obvious basis for an M3/C63/RS4 chaser. Especially one costing $300,000. But the success of the C30 Polestar in drawing attention was so outstanding the chance for another bite of the cherry was too good to pass up, especially as Polestar runs S60-based silhouette racers in the Swedish TTA touring car championship.

The lurid blue paintscheme and the same basic outline might be about the only thing those cars actually have in common but the expertise that's gone into this car is very much derived from lessons learned on the track. 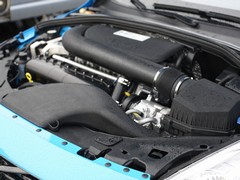 How they did it

One that goes very, very nicely indeed thank you very much. Power delivery is very different from those obvious German equivalents, a big-lunged, gutsy and very much old-school rush of turbocharged boost sending great tugs of torquesteer through the wheel as 424lb ft of torque rips into the tarmac. The noise is all rally car whooshes, gurgles, pops and wastegate chirrups through straight-cut 3.5-inch tail pipes and Polestar's bespoke induction system, intake manifold and reworked cylinder head. The engine's transverse positioning is quirky, oversized turbo ducting flanked with the trademark gold anodising of remote Ohlins damper reservoirs. Good Swedish engineering there then, ditto in the four-wheel-drive powertrain that uses pre-production Haldex 5 computer-controlled centre and rear diffs. 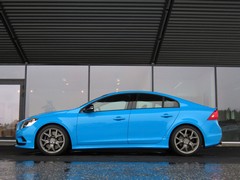 30mm ride height drop and 19s part of the package

For a one-off tuner car the S60 is a remarkably resolved piece of kit. Though undeniably raucous, the boost is very well regulated and the chassis beautifully damped, supple, responsive and poised. Better yet, the regular automatic gearbox has been - at the cost of some effort - replaced with a manual, saving a scarcely believable 40kg from between the front wheels. Attention to detail extends to subtly flared bodywork demanding new rear doors and wings and a battery moved to the boot, shoving a further 20kg rearwards, 30mm chopped out of the ride height and track widened by 20mm front and 40mm rear.

Looks like they are serious...
The driving experience is part Mitsubishi Evo, part Audi S4 and all the more fun for how unexpected it is from behind a Volvo badge. A tantalising few laps around the narrow, slippy and undulating Volvo test track is all we're allowed, the crests and long, constant-radius corners at least able to demonstrate fine balance and a refreshing lack of interest in nose-heavy understeer. 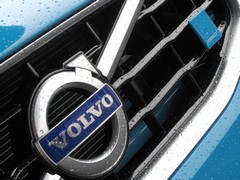 Expect more from this partnership

Great brakes, a crisp clutch and keen throttle response mean an enthusiastic demeanour and though under power there's not a great sense of power going to the rear axle there's fantastic adjustability and a wonderfully predictable response to weight shifts, lifts and trailed brakes. A more rear-driven feel is a computer and revised settings for the Haldex system away. Our swiftly imagined white-coated Sven with the laptop was sadly not available to deliver on this promise, but Polestar race driver Robert Dahlgren assures us this mythical figure can deliver a more tail-happy response on demand.

So, a very impressive demonstration of Polestar's talents and a great shop window. But what relevance to those of us not quite prepared to spend supercar money on a near-standard looking Volvo saloon?

While Volvo proper pursues more predictably Swedish paths of safety, eco friendliness and doing better than Saab, it seems happy to indulge Polestar's ambitions to help Volvo owners get a little more out of their cars with a range of chip tuning offered through official dealers in over 30 countries. Who knew? Too few, seemingly. 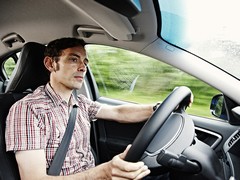 Will I be able to buy one?

We've had, over the years, fits and bursts and the occasional officially hot Volvos, as those with memories of torque-steering T5 850s will attest. Realising 'pirate' tuners (Polestar's words) do no favours to the corporate image, Volvo has given Polestar access to its latest engines and diagnostics equipment to offer officially warrantied upgrades to the most powerful engines in each Volvo model. In the S60 that means

, ambitions to expand into chassis and brake tuning, wheels and other aftermarket parts high on the agenda.

Are any of the S60's upgrades likely to make more mainstream production? Well, put any regular saloon on trick race-spec Ohlins suspension, rose-jointed and set up by an experienced racing team, and it'll likely go somewhat better than standard. Especially with the with the addition of over 200hp horsepower. 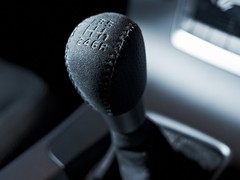 Manual gearbox is a welcome addition

And while nobody at Polestar expects orders for $300,000 S60s to come flooding in, if you want one they'll build it for you. And it's a more viable project than the admittedly wild and

Mainly though it's fast, surprisingly polished and bursting with the kind of charisma most of us probably wouldn't have ever previously associated with the S60. Clearly talented, amusingly mischievous and quietly ambitious, Polestar is a team definitely worth watching and, having reworked Volvo's forthcoming 1.6-litre engine to deliver a race-spec 330hp, is clearly brimming with ideas on how to make that Volvo in your life just that bit more interesting. All power to them! Now if we can just get Sven with the laptop over to make a slight tweak to that torque balance we'll really be laughing...

*Figures as per standard S60 T6