The 488 GTB was staggeringly good. Its replacement is better 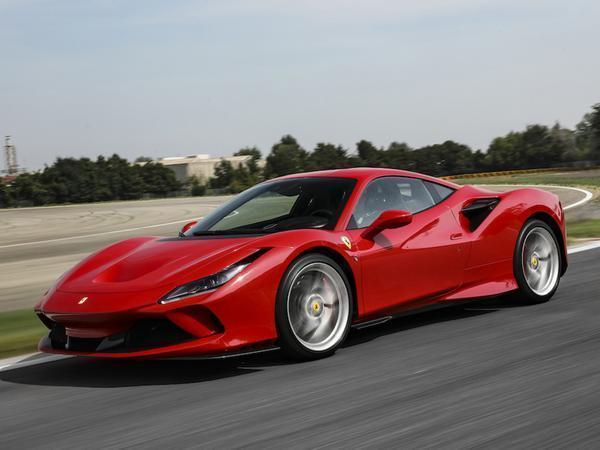 Turn right out of the famous gatehouse on Via Abetone Inferiore, where Enzo was photographed, head towards the A1 autostrada and point the prow for Bologna. After 20 minutes or so you'll leave the multi-lane highway behind and continue on smaller roads, noticing that you're climbing rapidly into the hills. These are categorised SP roads, for strada provinciale. In theory it means they're maintained not by central government but by the provinces. In reality it means they're hardly maintained at all, so rather than being immaculately smooth and perfectly flat like the rural roads you'll find in great swathes of Spain, France and Germany, they're lumpy, undulating, subsiding in places, pockmarked and crumbling at the edges.

They are so like UK roads it takes an effort to drive on the right rather than the left. And they explain why the Ferrari F8 Tributo's chassis is so exquisitely supple. In developing a car for the imperfect roads around Maranello, Ferrari's engineers have inadvertently cooked up the perfect supercar for the United Kingdom.

But you could have said the same about the 488 GTB, the model that preceded this. You could have said many other very complementary things about that car too, because being only four years old at the time it was superseded, the 488 was still a magnificent performance car. It felt in no way off the pace. It certainly didn't seem in desperate need of comprehensive redesign, but we'll come back to that later.

To oversimplify it, the F8 Tributo is a 488 GTB chassis with a Pista engine and new bodywork. No prizes for guessing the outcome. It's deep fried cod, chips and tartare sauce: a recipe so sound it can only be delicious. But Ferrari has tweaked and honed the whole package here and there, polishing whatever dull surfaces the 488's chassis might have had. A pinch of salt and a splash of vinegar.

The new bodywork is more striking than that which wrapped itself tightly around the 488's hard points, giving the F8 Tributo a touch more visual presence but a little less understated elegance. The slotted rear screen calls to mind the F40 while the twin round taillights are a nod to that car as well as the F355 and 288 GTO. But the new bodywork is really there to massage the airflow, reducing drag by five per cent and increasing downforce by 10 per cent. The engine is fed air by vents just forward of the rear spoiler, the gaping side intakes now used only for the intercoolers. At the front there is a Pista-style S-duct, which improves aerodynamic efficiency by diverting air along the bonnet, up the windscreen and over the top of the car (Ferrari says it learned this trick in Formula One, but it would surely have figured it out anyway).

The company claims no major revisions to the car's chassis in terms of spring rates, wheel geometry and so on, but the electronic systems that manage stability, traction, damping, steering and the rest of it are all unbelievably sophisticated and subject to continual refinement, so revisions there will be. The F8 Tributo is lighter than the 488, however, by as much as 40kg (although 10kg of that comes from carbon fibre wheels that aren't actually available to order just yet). Some 18kg has been shaved from the engine (more than half coming from a lighter Inconel exhaust manifold, the rest from titanium conrods, a lighter crankshaft and a redesigned flywheel) with further savings found through the more extensive use of carbon fibre for body panels as well as that F40-aping plastic rear screen. A bone dry F8 Tributo weighs 1,330kg - the carbon-tubbed McLaren 720S is almost 50kg lighter.

A good example of Ferrari's obsessive fiddling with control systems is FDE+ (for Ferrari Dynamic Enhancer Plus, formally just FDE), which is part of the Side Slip Control function. Long story short, the F8 Tributo should be an easier car to slide around than the 488 GTB.

Power is now rated at 720hp and torque at 568lb ft. At 7.8 seconds the new car is half a second quicker to 124mph than the old model, which will seem wholly unnecessarily to anybody who has been whumped along the road by that old model. On the subject of turbo lag, Ferrari is unequivocal. 'Zero turbo lag' is a direct quote from the press conference. 'Without the slightest hint of turbo lag' comes straight from the press kit. Heads turn in Woking. We shall see. The twin-turbo 3.9-litre V8 now respires through new catalytic converters and a gasoline particulate filter. This, as Ferrari itself admits, is 'not helpful for the sound of the engine', so a resonator tube has been fitted to divert a little more sing-song into the cabin.

Anybody at all familiar with the 458 or 488 will recognise much about the F8 Tributo's interior, although in its details there is much that is new. The steering wheel, for instance, now has a thinner rim and is slightly smaller in diameter, and if you want it you can specify a seven-inch touchscreen that sits directly in front of the passenger and displays much of what the driver can see immediately in front of him or herself. The first UK cars will be delivered in December this year, starting from £203,476. Most buyers will spend around £40,000 on extras.

Which brings us back to the way this car drives. And if I don't exercise some restraint I'm going to OD on superlatives. The long and short of it is I don't really know how a 2019-spec supercar could be any better to drive on the public highway. The F8 Tributo has a level of performance you simply can't deploy away from a race track - I managed perhaps a single second of full throttle acceleration before bottling it and lifting off - but that aside it is flawless on the road. The Bumpy Road mode means the car deals with the unmaintained provincial blacktop in a way no low riding supercar ever should. It just smothers the worst of the road without ever scraping its belly across the tarmac, while also feeling tautly controlled at all times. When the road does briefly level out you can switch that mode off and make the car feel scalpel sharp once again.

It steers better than any 458/488 derivative, still with a very quick rack but now a natural rate of response. There's no longer a period of adjustment; you just get in the car and start positioning it with confidence from the first mile onwards. In town the F8 Tributo is civilised and effortless to drive, while on the motorway it's relaxed and undemanding. Perhaps the standout achievement here - and it's one McLaren deserves all the same plaudits for - is how usable and accessible Ferrari has been able to make a 700hp+ mid-engined supercar. No particularly refined set of skills is required to drive this thing quickly. But for those with more experience, the F8 Tributo is rewarding and engaging in equal measure.

Turbo lag? None. I buy it. Ferrari isn't BS-ing us. I've never felt throttle response like it from a turbo engine. The immediacy when you bang the throttle open and the muscularity in the lower reaches of the rev range are both staggering. McLaren's own twin-turbo V8 in 720S guise has a more ferocious top end, but I'd give that up for what the Ferrari's motor does everywhere else. There isn't a great deal of music in this car's soundtrack, although the engine doesn't seem distant or muted, thanks to that resonator. The dual-clutch transmission works beautifully, meanwhile, just without the intensity you find in the 488 Pista with everything wound all the way up.

The F8 Tributo is at its weakest on circuit. Weakest being a relative term. It still performs remarkably well and it's furiously quick around a lap of Fiorano, but on (admittedly quite tired) Michelin Cup 2 tyres there wasn't quite the cornering bite you get from a 720S on less aggressive rubber. Nor the immediacy of response in direction changes. Not the perfectly transparent brake pedal either. When the front axle starts to push on corner entry you don't so much feel it through the steering wheel but sense it more generally, through the seat of your pants and via your inbuilt gyroscope.

But it isn't as though the F8 Tributo is hobbled by understeer, not least because you can exploit the car's wonderfully benign balance to keep it just on the oversteer side of neutral through bends, be they fast or slow. The revised Side Slip Control system is so clever, allowing you to slide the car with impunity. You only need to bury the throttle, throw in the corrective lock at the right time and let the systems do the rest. You never actually feel SSC catch your clumsy attempts and send you back into line - it's subtler than that, more like balancing on one foot using outstretched arms rather than grabbing hold of a doorframe. You don't need more corrective lock than you can dial in with your hands still at quarter-to-three, either, which makes chucking this 200 grand supercar around child's play. Of course, the systems can be turned off if you prefer. In the four laps I had at Fiorano, I did not.

All of which leaves me with two questions: first, is the F8 Tributo anything more than a facelifted 488 GTB and secondly, why does this car exist at all? The new car looks quite different to the old one, particularly from the rear, and the aero changes and weight saving will have allowed the engineers to dial out some of the inherent compromises. So it steers better and feels even more sophisticated over a bumpy road. It's also appreciably faster in a straight line and even easier to abuse on circuit. That all seems beyond the remit of a typical facelift to me, although I won't pretend the F8 Tributo has a whole set of capabilities the 488 GTB didn't.

This new model exists, says Ferrari, because it was so eager to pay tribute to the twin-turbo engine that has won so many awards in the last few years. Hence Tributo. It seems like a stretch to me, as though a need to refresh the 488 came first and the idea to pay tribute to an engine came later. But when asked, Ferrari representatives insist it to be true. They say there is no particular reason for the car to be so heavily updated only four years after its last overhaul. Not WLTP, nor any other emissions regulations. Just paying tribute.

My own theory is that the all-new model that eventually replaces the 458/488/F8 dynasty will be electrified. The hybrid technology that will very shortly be introduced in production form on the SF90 Stradale won't be ready for an entry-level (read: much less expensive) mid-engined berlinetta for a few years yet, and Ferrari didn't think it could squeeze a seven or eight year life cycle out of the 488 GTB. But that's just my theory.

All I can say for certain is this: the F8 Tributo is an astonishingly capable machine. It isn't as at home on circuit as the spellbinding 488 Pista, but it is the most broadly capable mid-engined supercar Ferrari has ever built.

Search for a used Ferrari here