Maranello's 620hp super-GT passed you by? Here are the key points - and a PH video review 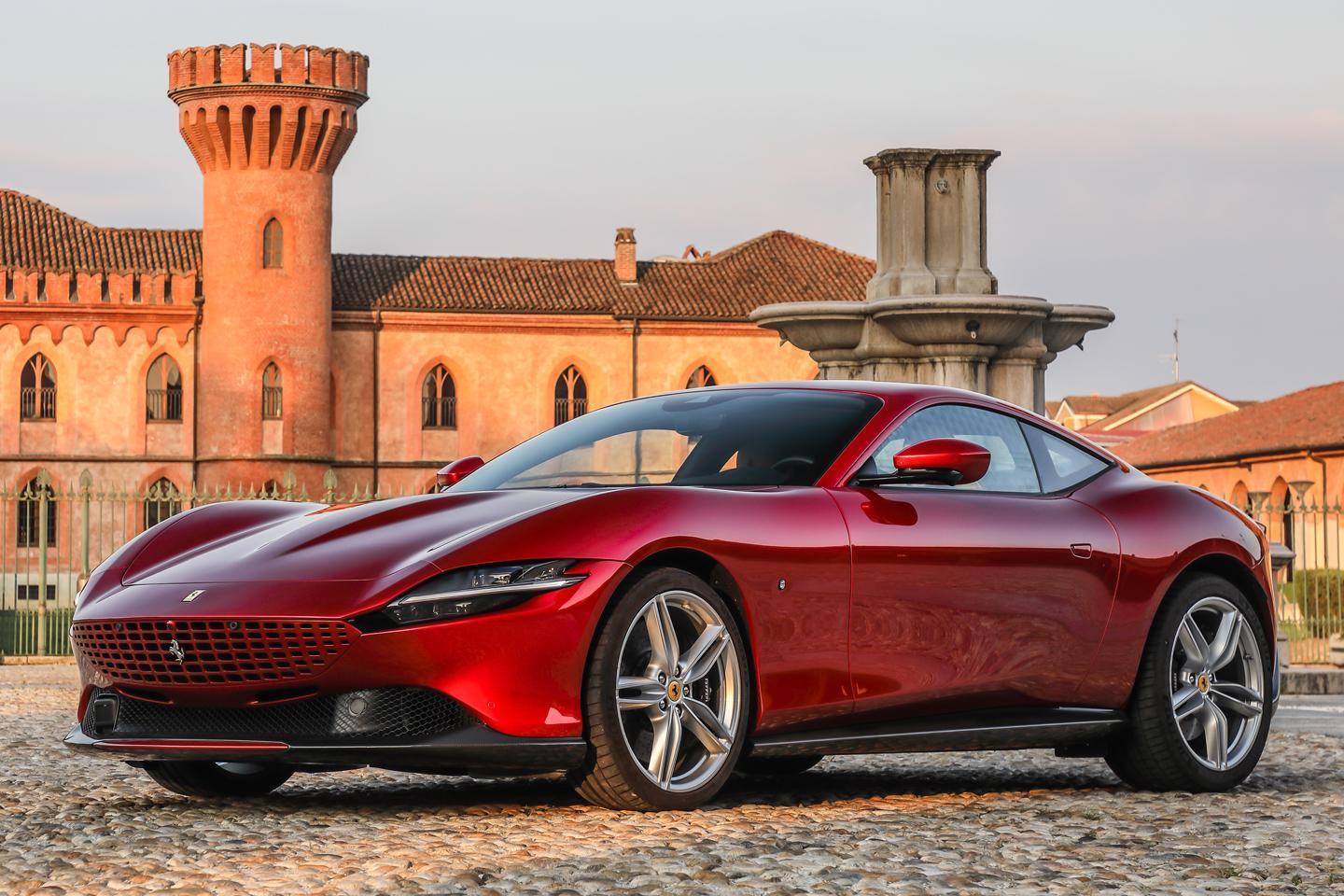 We've been promised an amalgamation of supercar and grand tourer before. Most recently by McLaren. But with the new 620hp Roma, Ferrari has come tantalisingly close to achieving the impossible. Here's why...

It really is wonderfully balanced

Raffaele De Simone, Ferrari's longstanding development driver, promised me that the location of 3.9-litre engine right against the bulkhead would mean the front-engined Roma feels more like a mid-engined car, and from time with it on the road at least, I'm inclined to agree. There's none of the push or front-end softness associated with a traditional front-engined model; instead, the Roma feels remarkably positive. Providing the rear axle with 620hp helps, of course, but it's not like you're leaning on the throttle adjustability to provide agility. It's inherent in that balanced chassis.

The eight-speed gearbox is quicker than ever

Not only has the Roma's eight-speed dual clutch transmission got closer ratios than the eight-cog 'box of the SF90, it's also been given quicker shift times. Why? Because the grand tourer brief demands the more seamless changes, while proper supercars sacrifice a few thousandths for a slightly more visceral shift. Along with those more tightly stacked ratios, it means the Roma feels every bit as ballistic as 620hp and 561lb ft of torque suggest. Yet the way the E-diff juggles the load between the rear wheels ensures progress always remains to the fore. Tremendous.

It's the first Ferrari GT to get Race mode

While the car's flowing lines and luxurious cabin make the Roma look and feel more GT than supercar, the inclusion of a Race setting on the Manettino suggests otherwise. It is thanks to mode's inclusion, that the Roma is arguably the most broadly talented Ferrari yet produced. In Comfort the car is docile and pliant, albeit not to the cushioned extent of rivals. But click around to Race and the suspension tenses up (unless you select Bumpy Road mode at the same time) and the ESC allows for seriously wide slip angles. To the extent that most would not know any intervention was ever taking place, meaning that the car indulges your hamfistedness without abandoning you to the repercussions.

The digital cabin will go into other Ferraris

The Roma's trio of digital screens and its new steering wheel are not exclusive to the super GT. They are destined to go into other models, including the touch sensitive controls - especially the one in place of the much-loved red starter button - confirming that everyone, including Ferrari will take advantage of the digitised bandwagon. So many screens may seem distracting in a car with 620hp, but once you've settled on a display mode for the instrument cluster, it's actually pretty intuitive. Even so, I'd take the old dials and starter button if they were on offer; screens aren't exactly a USP these days.

The silencers were ditched thanks to the particulate filter

Thanks to the strangulation necessitated by the WLTP-required filter, the exhaust system does without its rearmost silencers. The motor's tone is still fairly flat at low revs, but past 3,000rpm it begins to bark and howl as the pipe pressure builds. Ferrari hasn't provided its exhaust with any of that pops and crackle fakery, either, leaving the flat-plane motor to gargle and snap on and off throttle naturally. It's not the most enchanting soundtrack you'll ever hear - and a far cry from the sonorous tones of a naturally aspirated V12 - but there's purpose and muscularity in its note. In isolation at least, I like it.

Hear it for yourself below...