Revo's 262hp upgrade retains a GPF filter, so is law-abiding as well as fast. But is it worth investing in? 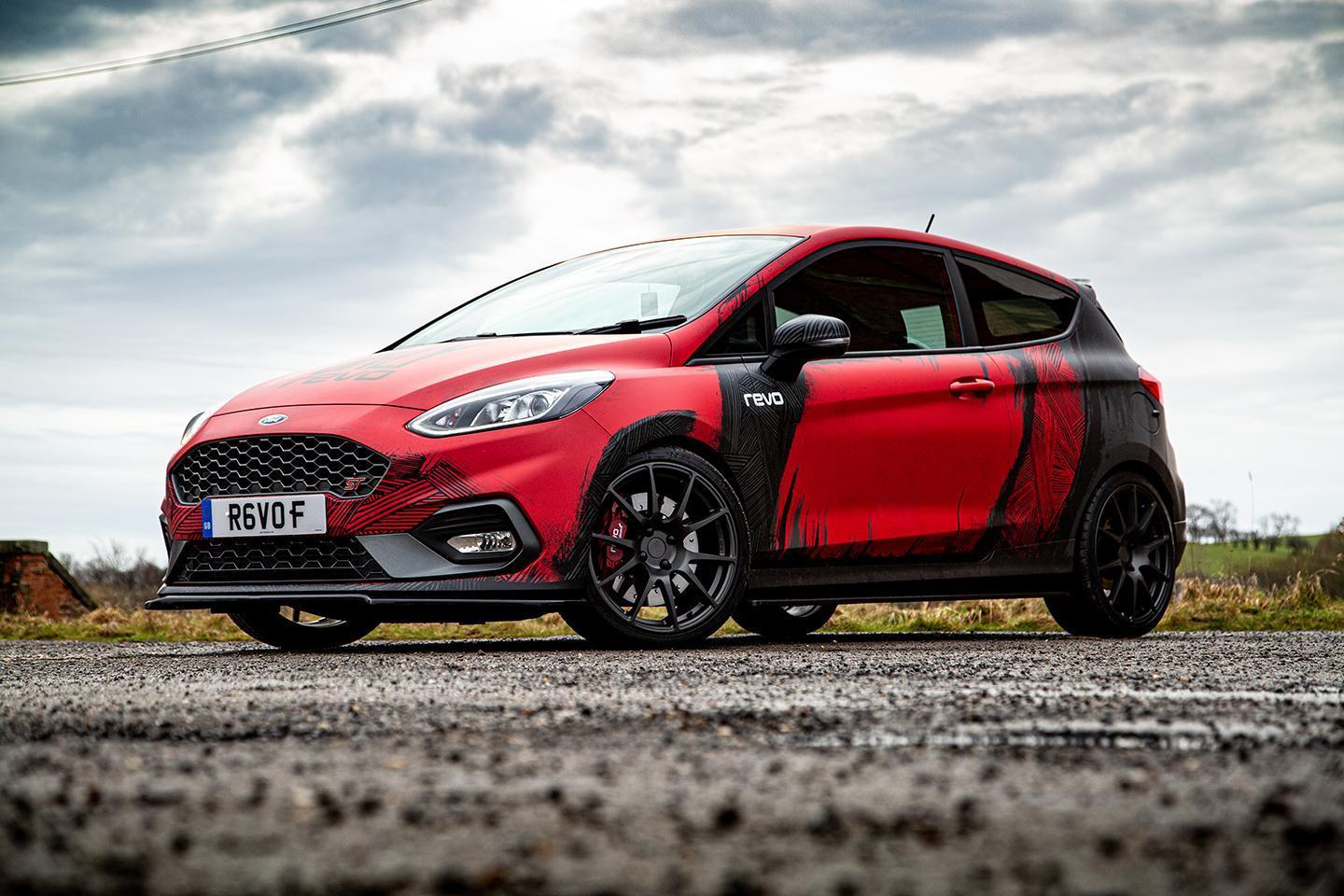 If you’re concerned that particulate filters and ever-tightening emissions legislation are making life unliveable for the aftermarket tuning industry, you’ll be pleased to hear about Revo’s latest exploits. The Daventry-based firm is specialising in performance-enhancing products that work within the prescribed limitations of the latest rules. Behold its new-for-2021 Mk8 Fiesta ST Performance Pack, which extracts 262hp and 291lb ft of torque from Ford’s 1.5-litre triple, while retaining the mandatory GPF that’s essential to the car’s legal status in the EU. That means it is 100 per cent MOT worthy.

Providing the ST with a Yaris GR-beating output that doesn’t throw out the baby with the bath water has obviously required much more than just a simple ECU reflash. Revo’s £1,515 Performance Pack equips the EcoBoost motor with a bigger air intake system, an upgraded intercooler and wider pipework to go with its bespoke ‘Stage 2’ Fiesta remap. It’s a fully in-house developed pack that’s capped only by the limitations of the standard head, with each component designed specifically (and beautifully) to work with the other, ensuring maximum efficiency from the upgrades, not to mention an aesthetic boost to the engine bay and, according to Revo global project manager, Luke Tibble, solid mechanical reliability. The firm has put thousands of hard miles on its development ST to ensure that.

And now it’s our turn. Sitting in the Revo workshop amongst a host of upgraded VW Group products, the ST looks every bit like the aftermarket offering it is. For starters, the car is wrapped in Revo’s matt black and red livery, something obviously no customer is expected to repeat - it is a show car after all - but even ignoring the colour scheme it’s impossible to miss the car’s lower, meaner stance. As Revo’s demo, it has earned a range of parts from the firm’s brochure, including a set of Eibach Proline lowering springs and Revo’s own RF0 18-inch flow formed alloys, as well as a bigger diffuser and extended spoiler. It trumps even Ford’s own ST Edition for raciness.

This is especially true when you spot the front-axle 332mm two-piece brake discs and four-pot calipers, themselves Revo-designed items made by Alcon. There’s also a stainless-steel exhaust system, complete with a pair of ‘cerakote’ black tailpipes developed by Milltek for Revo, to really hammer home the firm’s attention to detail. Tibble highlighted the motorsport background that still influences much of Revo’s decision-making. The implication is straightforward enough: the ST looks the part because it is.

With the interior still in factory ST-2 spec, and the three-pot running and reacting exactly like standard at low speed, it’s also very familiar. That’s no bad thing. The throttle remains quick, the gearbox slick and the steering fast, although there is a noticeable increase in road vibration from this demo’s Eibachs, which work here with the standard ST passive-adaptive dampers. To be expected. As is the added oomph from the engine with a half-squeezed throttle; it lugs away from A-road roundabouts in a high gear without complaint and has the open-cone intake growling with every adjustment to the throttle angle. It’s hard not to giggle.

Open it up and the Fiesta feels utterly transformed. The standard EcoBoost 1.5 is enthusiastic, but with Revo’s enhancements it’s a firecracker of a unit, packing not just a bigger punch at the top end but a wider window of thrust that seems to build and build towards a 6,000rpm redline. In damp conditions the fronts can be made to scrabble in third gear, yet the factory-fitted Quaife diff is more than up to the job of juggling the twist when there’s some steering lock on. Rather than becoming a torque-steer mess, Revo’s Michelin Pilot Super Sport-shod ST pulls itself hard towards apexes and charges out of bends. There’s an added sense of lateral urgency to the chassis as well, not just thanks to the tighter springs and lighter alloys, but also the effects of an explosive engine able to really haul the car about. It’s a frenetic, exciting experience - one that amplifies the ST’s underlying talent rather than highlighting its limitations.

It’s impressively cohesive elsewhere, too. The Eibachs – while perhaps a little too firm for urban roads – noticeably improve body control without affecting the ST’s terrific sense of balance. On a relatively smooth B-road, the Fiesta feels that much more serious while retaining its basic pliancy. As for the brakes, they’re admittedly an enormous investment at £1,799, but they are fantastic. The stopping power and the chassis’ consistency encourage you to really work the enhanced engine, which suggests that regular track day users would find little challenge in justifying the additional spend. It’s easier to be on the fence when it comes to the exhaust and wheels because they seem less essential to the performance gains, despite the incremental advantage in kerbweight. We quite like the idea of a standard-looking ST (or, even better, a coilover-shod ST Edition) that packs the power and stopping ability of a Revo-tuned machine.

Predictably, there’s plenty of flexibility built into a possible shopping list. Even when it comes to the Performance Pack, those not wanting the full growl and chirrup of an open cone intake are offered an uprated filter for the standard intake, lowering the cost to £1,445. Or those with an ST already wearing Revo’s Stage 1 map can lower their spend even further to £1,037. Better still, Revo reckons a reputable garage – or one of its UK dealers – could easily fit the engine upgrade parts in a day, so the labour fee need not be enormous, either. The pack’s arrival feels well timed because three years on from the model’s launch, more than a few Mk8 Fiesta STs will be falling outside of Ford’s manufacturer warranty period. There can be few better ways of reinvigorating your relationship with the best front-drive supermini money can buy, especially if you’re interested in turning it into something a whole lot more senior without any major compromise. If only we still had our longtermer...