The top speed of the new Audi RS3 is 155mph, unless you tick the box on the options list that reads 'Top speed restriction increase to 174mph'. That'll add £1,600 to the invoice. If you're the sort of guy who lives in Cologne but works a banking job in Frankfurt - or you live in the UK and have an occasional need to outrun police helicopters - that probably seems quite reasonable. But for the rest of us, £,1600 is an awful lot of money to throw away just so you can, in theory, cruise through 155mph. 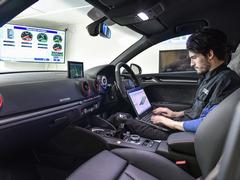 Resist the temptation to tick that box, then, and spend the money instead with Litchfield. Because if you do, your RS3 will no longer have a miserable 400hp, but a roaring and triumphant 507hp. The speed limiter will be flashed away entirely, too, as if it really matters.

Litchfield is the Gloucestershire-based tuning company that made its name modifying Nissan GT-Rs, but which now operates across the manufacturer spectrum. Its fully reversible stage two RS3 upgrade, which includes a remap and an uprated intercooler, liberates a massive 107hp from the turbocharged five-pot, ultimately giving the car more power than a five-year old Porsche 911 Turbo. Torque leaps up from 354lb ft to a thumping 480lb ft.

Despite producing 203hp/litre - the sort of specific output that only competition cars could achieve not so long ago - the tweaked engine is remarkably well mannered. In fact, at low speeds or on a light throttle you'd have no idea whatsoever it had been breathed upon; it feels just as refined and unflustered as the standard motor. But when you dig into the throttle the car is spectacularly quick. The engine starts to pull at 2,500rpm and as early as 3,000rpm it lights up, hauling really hard right up until the moment it crashes into the rev limiter at 7,000rpm. The standard RS3 is a very fast car, but this uprated version is in another league altogether. 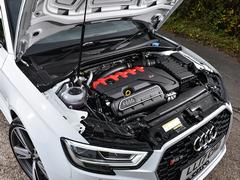 There is a trace of turbo lag - just enough that you can count half a Mississippi in your head before the boost comes in - but that's to be expected. And with four-wheel drive and a rapid-fire twin-clutch 'box you can deploy all of that power anytime you want, even on a very cold, slippery road surface.

And yet, it isn't the car's newfound supercar pace that's really impressive, but the sheer affordability of the upgrade (£1,448 all in). Just imagine trying to extract 500hp out of a Subaru Impreza STi a decade ago. You'd be into uprated internals, a bigger turbo, a massively upgraded intercooler, a reinforced engine block, water injection and lord knows what else, and even then it'd be truculent and boosty and about as responsive as a sedated hippo.

Litchfield founder Iain Litchfield points to the new RS3's revised, all-aluminium engine and its larger turbo. 'It's one of the best engines we've ever modified,' he comments. 'It's really is exceptional. The OE stuff has come on so much in the last four or five years it's almost unrecognisable.' 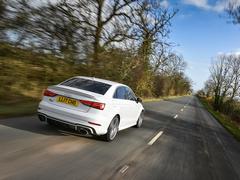 He reckons manufacturers have had to way over specify their high performance engines in recent years because emissions regulations have become so stringent. It's the only way to make the necessary power and satisfy the suits with the clipboards at the same time. This particular RS3, for instance, runs a completely standard exhaust system, despite the vast power increase. Its catalytic converters are, in the finest Gloucestershire parlance, 'humungous', so there's really no need to upgrade them.

Of course, what means that for tuning companies like Litchfield - and ultimately for car owners like you and I - is that the latest breed of high performance motors have bundles of latent potential. All you have to do is uncork them with a remap, sling in a bigger intercooler if the temperatures are looking a tad spicy, and boom, you've got 25 per cent more power. 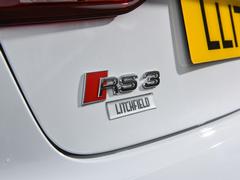 The latest RS3 is a huge improvement over the previous model in every other respect, too.

Yes, you'll need a BMW M2 if you really want to excite yourself, but whereas the old RS3 was frustrating, hard-riding and defiantly nose-led this new version is engaging, composed and much better balanced. You could squander £1,600 by ticking Audi's option box - but taking your RS3 to the guys in Tewkesbury and having them turn it into a proper Ingolstadt missile for less money feels a lot more imaginative.