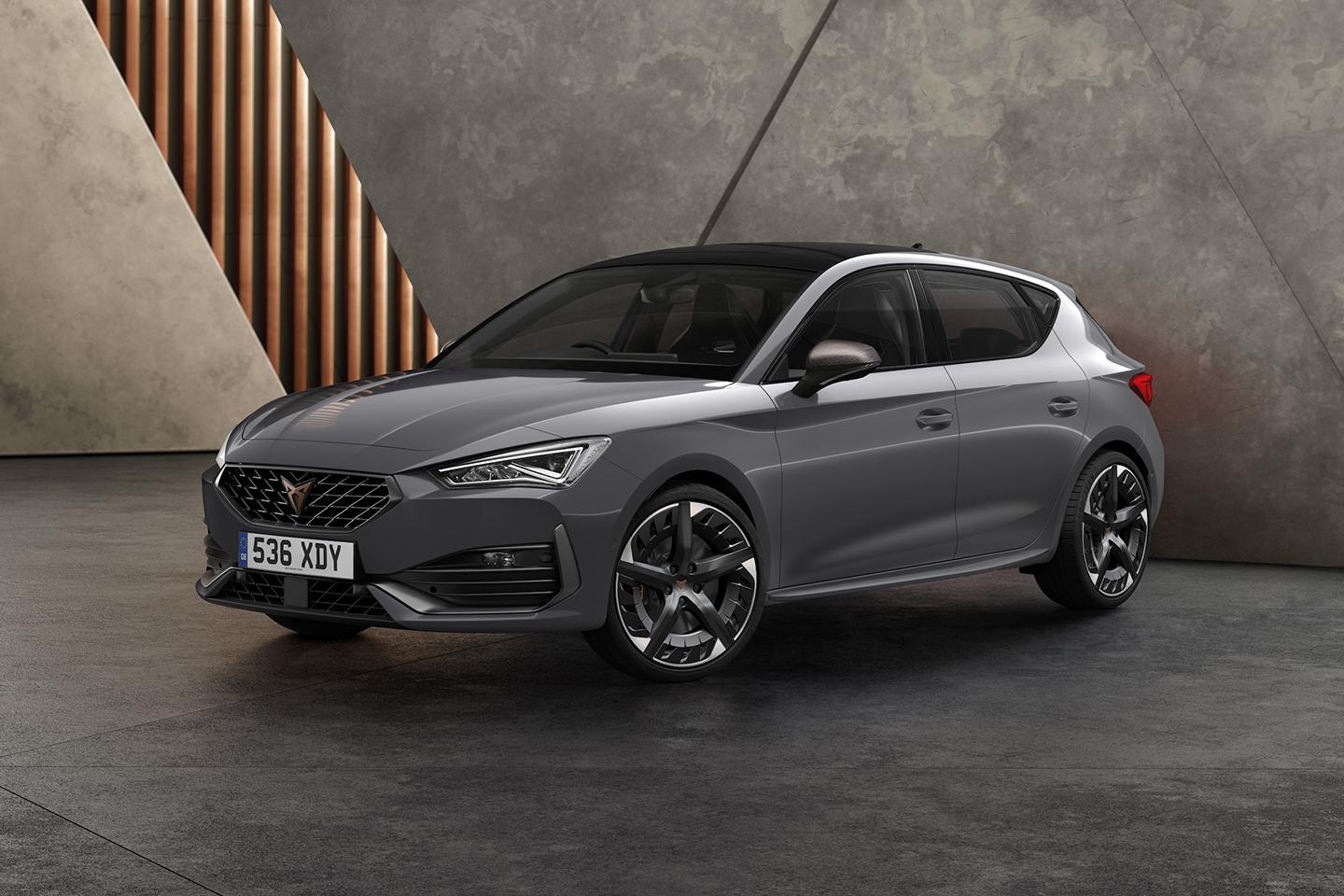 Though perhaps less famous - or maybe that should be infamous - than its Golf R sibling, the last SEAT Leon Cupra was a very likeable car. Largely because it was very similar to the all-conquering Golf: fast, stylish, decent to drive and good value, too. Talents, it has to be said, which the latest plug-in hybrid Cupra Leon hasn't yet been able to replicate. So maybe this one will: the new 300hp Cupra 2.0 TSI.

It brings a familiar recipe into the hot hatch fray: the 2.0-litre turbocharged four-cylinder and seven-speed DSG is the only powertrain pairing offered, said to yield 5.7 seconds to 62mph and 155mph flat out. Though not mentioned, it's probably safe to assume that the same VAQ technology, which mimics the effect of a limited-slip diff so well on the Golf GTI, is also standard for the Leon to get the power down. Four drive modes feature in the Cupra, adjusting the usual parameters: throttle response, shift point, the steering and the (standard) DCC adaptive dampers.

Cupra will initially offer the Leon in "generously equipped" VZ2 and VZ3 specification; the former includes a 10-inch infotainment screen, three-zone climate control and keyless entry, the latter adding to that 19-inch wheels in place of the standard 18s, wireless phone charging and heated front seats. Buyers will have seven paint colours to choose from, with optional extras including a sunroof and three different Safety and Driving Packs.

Which is all well and good - sounds a lot like the Golf. But where Cupra hot hatches have forged their reputation over the past 20 years is in offering all the good Golf stuff for less money. (And painting them yellow, too, although that appears to have been left behind now.) Handily a fast Leon still looks like a good value proposition, the VZ2 kicking off at £35,660 - just £700 more than a Golf GTI with 55 less horsepower. Or £660 more than the equivalent Leon hybrid. The VZ3 costs £37,390, or near enough the same money as the new GTI Clubsport. But then the VW requires an additional spend for the adaptive dampers, the larger wheels and so on. It's an encouraging spec for the Leon, then; if it drives like a Clubsport for just a little less money, there could be another Cupra great in the making. Just don't, whatever you do, call it a SEAT.