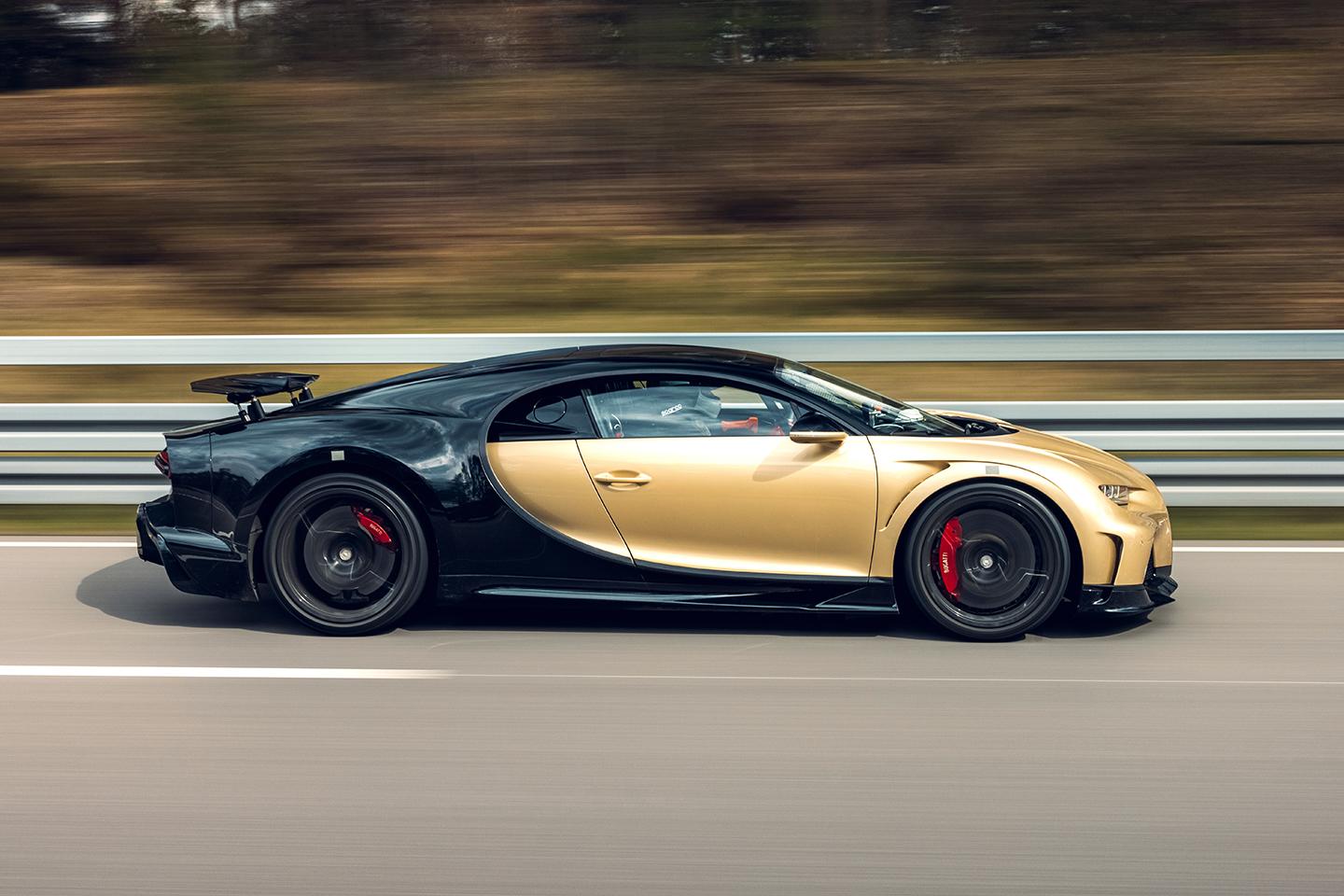 How much nerve do we think it takes to be a Bugatti test driver? Because PH has been at the sharp end of 190mph on a mile straight, and there is a point where it definitely becomes intimidating, no matter how quiet or spacious or well-constructed the proving ground is. And 273mph is quite a lot faster. It's 122 metres a second. Which is mind-boggling.

Of course, manufacturers and the engineers that work for them have a way of gently understating the physical implications. Bugatti says the Chiron Super Sport is undergoing 'high-speed testing for optimal longitudinal performance' - the latter being very much what you want when you're travelling faster than a bullet train.

"Following successful road tests at up to 380 km/h, we are now refining the handling of the vehicle at up to 440 km/h to allow the Chiron Super Sport to perform with uncompromising safety, even at this incredible top speed, and give the driver a good, and above all, safe feeling at extremely high speeds," says Jachin Schwalbe, Head of Chassis Development at Bugatti.

Quite where a driver in the wild is going to try out the engineer's handiwork beyond 236mph is another question, but as with all these things, it's reassuring to know that Bugatti has gone the extra mile. "With the incredible power output and high speeds, the uplift and the thermodynamics change depending on the different pressure levels. We therefore monitor all the parts at top speed and full load, and then optimise them if necessary. We owe this level of work to the customers who buy this extraordinary and exclusive vehicle," explains Michael Bode, part of the Chiron's development team.

Granted, going to the outside of the envelope is what the Super Sport is all about. It might not be the 300+ edition, but it shares the extended bodywork and the 1600hp output from the modified 8.0-litre W16, which will apparently get you to 248mph four seconds quicker than the standard Chiron. In fact, it won't even upshift from sixth gear to seventh until 250mph.

"It's crucial that the driver doesn't notice the interruption in traction when changing gears at 7,100 rpm. We therefore set the boost pressure regulation more finely in the last three gears," explains Marco Schulte. Above 260mph, Bugatti says the Chiron starts to gently curtail its speed. Which you'd probably be grateful for if you don't have ice running through your veins.