Cupra Leon estate on sale in the UK

Don't fancy any of the Cupra SUVs? The 310hp Leon wagon might be just the ticket 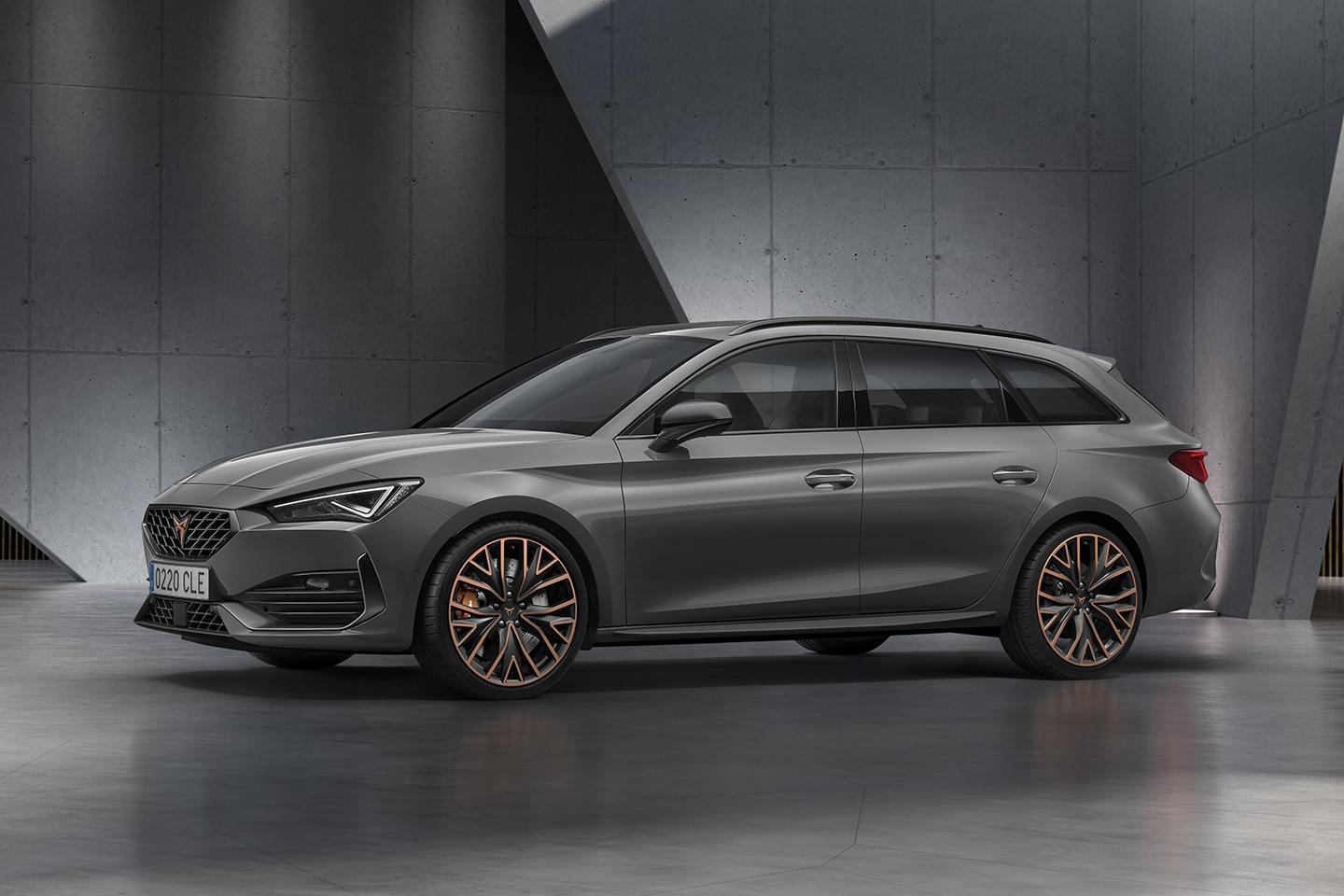 Though somewhat lost in the shadow of the Golf R estate, there was an awful lot to like about the old Leon Cupra ST. Primarily because it shared so much with the VW. In fact, it held additional appeal for some, what with the option of a manual gearbox and two-wheel drive denied to the Golf. The Sports Tourer held a Nurburgring lap record at one time, sneaking in under eight minutes and not beaten until a Mercedes-AMG E63 was lapped.

A new one, then, albeit now under the purely Cupra guise, is to be welcomed; not just because of a thoroughly impressive first effort, but because the conventional fast estate isn't very trendy - and that's all Cupra seems to be about. In among the hybrid hot hatches and SUVs, it isn't half nice to see a regular load lugging estate car, especially one with a performance tilt.

The spec was confirmed for the Leon last year - 310hp, standard DSG, 4Drive, 62mph in less than five seconds - and now the estate is on sale, priced in the UK from £38,475. That's for VZ2 spec, which includes 19-inch wheels, Dynamic Chassis Control, smartphone integration and sports seats; the £40,535 VZ3 brings wireless phone charging, heated leather front seats and an electric tailgate.

Cupra says the new estate offers the "ultimate blend of performance, style and practicality"; though some will no doubt be aghast at £40k for a Leon wagon, the same powertrain costs more in the SUVs: an Ateca VZ3 is £46k, and the Formentor equivalent £42,000. Don't expect the upcoming Golf R estate to sneak under £40k, either. But if that all still seems a bit much, a very similar version of the old car - 300hp, standard DSG, 4Drive 62mph in less than five seconds - can be had for £20k with just over 20,000 miles. You may (or may not) have heard it's quite good...