"If you want it, we will make it happen for you - assuming it's legal, of course." 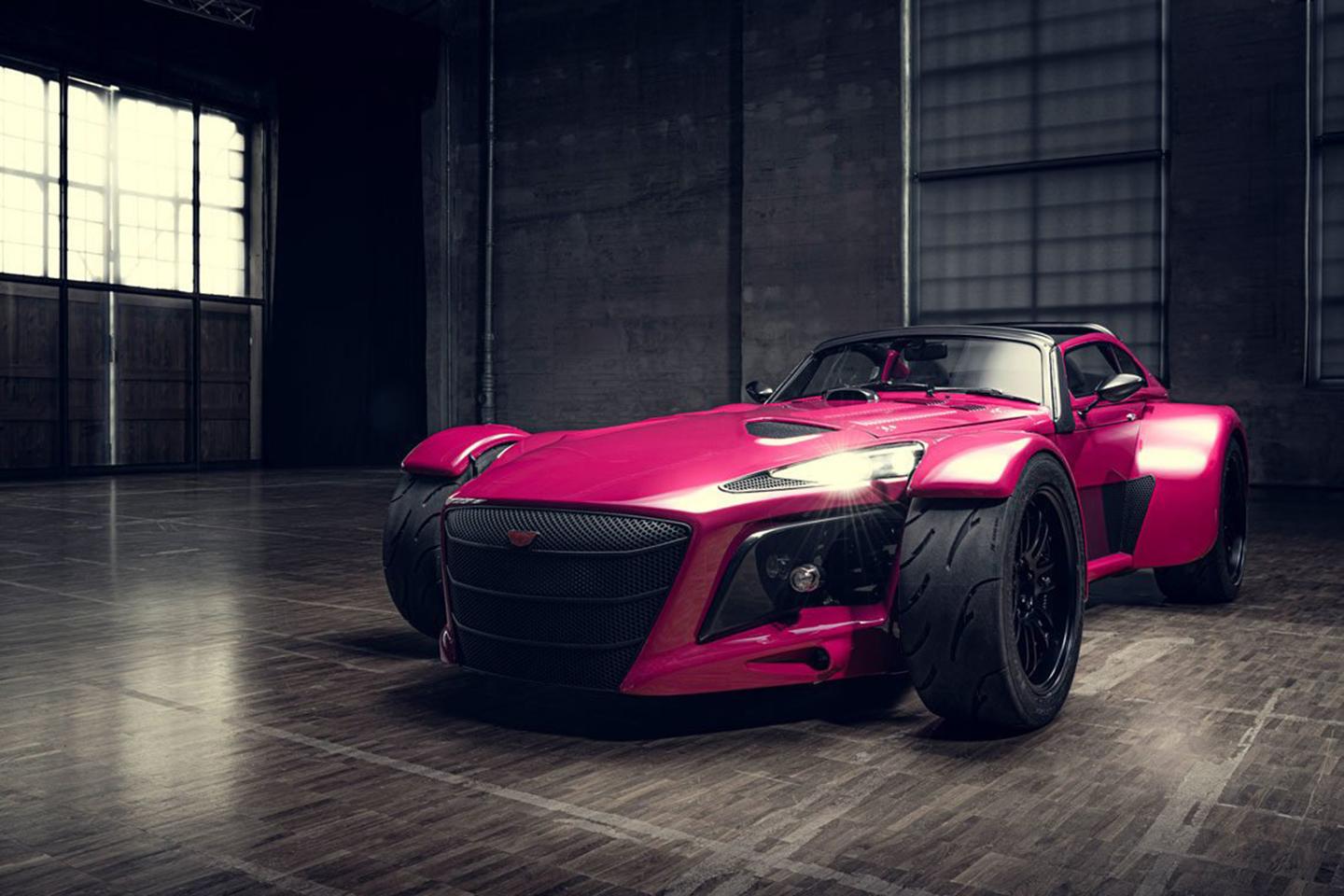 In a world of social media showing off, personalisation is important. After all, who will notice your house, watch, or outfit if it's not unique? It's an attitude that we all know has extended to cars, too, with customers getting something bespoke and the manufacturers able to charge a lot more for the privilege. From McLaren Special Operations to Porsche Exclusive Manufaktur to the fact that Caterham now has a configurator that isn't ticking boxes on a sheet of paper, facilitating the spec requests of every customer is a big deal.

Now Donkervoort is getting in on the act, promising "hypercar levels of customisation at a supercar price" with the D8 GTO Individual Series. On its website, Donkervoort is fantastically Dutch about the whole endeavour: "So, what's your big idea? We promise you won't scare us..." reads one sentence. "This is Donkervoort betting that its own engineers, craftsman and technicians have even wilder imaginations than its customers!" goes another. Given these are the people who put RS3 engines in Caterham-style cars, that latter statement is probably spot on.

Essentially, the Individual Series is offered as one model that brings together years of personalisation experience to offer a Donkervoort with thousands of spec possibilities. A pink that looks like the old Porsche Rubystone is a good place to start, but customers are also offered naked carbon (for almost €50,000) or any colour they can find for a more modest €5,445. Buyers can have the exhaust polished, stripes applied, more carbon fitted, a black package installed, heated seats, air conditioning, a whole heap of track upgrades or something as simple as a rear-view camera. It won't come cheap - even painting some bits black is more than €1,000 - but never has there been so much choice available to Donkervoort customers. This is just what the company has thought of, too; Donkervoort is banking on customers requesting "additions or changes that we don't even know how to do - yet."

The Individual Series is more than just fancy paint and carbon wheels, though, as this is more powerful than even the JD70 special edition of last year. The Audi-sourced 2.5-litre five-cylinder turbo now makes 435hp courtesy of some Abt tuning, with maximum power produced from 6,430-7,000rpm. Torque is an astonishing (for something that weighs 700kg) 420lb ft, delivered from 1,750rpm all the way to 6,350rpm. Even with just the standard five-speed manual, Donkervoort says the Individual Series can reach 124mph from rest in 7.6 seconds (!), pulling more than 1g in longitudinal acceleration along the way. But apparently it also emits just 191g/km on the WLTP test - lightness really is a virtue.

That's good, because your bank account will be relieved of some excess by the Donkervoort as well. As standard, the D8 GTO Individual Series is €197,109, which is almost £170k at the current exchange rate. And, of course, the very point of this car is for it not to remain standard; it would be a surprise if any left Lelystad costing less than £200k. Which will be an awful lot per kilo of car, but would deliver on Donkervoort's promise of hypercar personalisation for supercar money. And you can almost guarantee never seeing another one on the road - perhaps the most valuable bit of all.