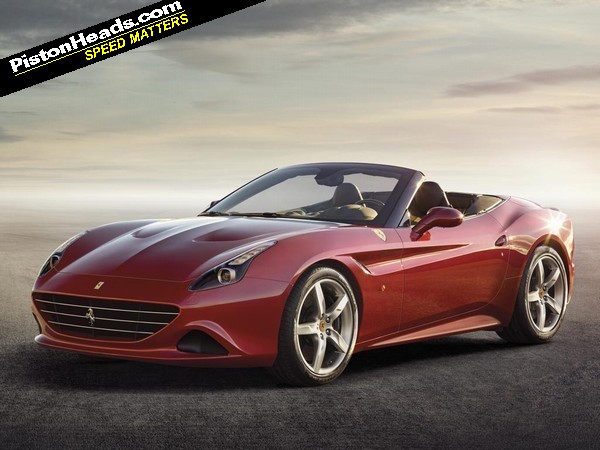 There aren't many, but the turbocharged V8 Ferraris that exist are fairly special.

, for example, and the 288 GTO. Today there is confirmation of one more with the new California T. 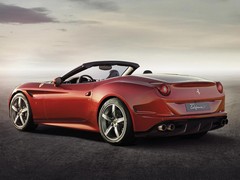 As predicted from the

teaser, Ferrari's Geneva show car will be an updated version of its 'base' model with a new forced induction V8. We speculated the engine would be shared with the

but Ferrari maintains it is 'an entirely new power unit'. Albeit slightly related. Swept capacity is 3,855cc (compared to the Quattroporte's 3,798cc) and peak power is 560hp at 7,500rpm, both up on the Maserati. That rpm figure is encouragingly high for a production turbo, and is only 250rpm lower than where the

Torque is increased too. And not just slightly either, but by a massive 49 per cent. So whereas the 4.3-litre California had to mosey along with 372lb ft, the California T will be pulling out every proverbial tree stump with 557lb ft. That's 41lb ft more than a W12 Bentley Continental GTC, in a much lighter (1,625kg dry) car. It doesn't quite match the absurd 589lb ft of an SL63, but it's a heck of a gain. Again (hopefully) reflecting the engine's revvy nature, the torque peak is produced at 4,750rpm. Ferrari states a 0-62mph time of 3.6 seconds and a 196mph top speed. For the entry-level car! 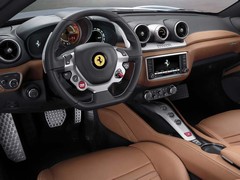 Moreover, efficiency is improved as well. Fuel consumption is 'around' 15 per cent better at 26.9mpg combined with CO2 emissions of 250g/km. Not exactly parsimonious, but pretty damn good given the performance.

Being a Ferrari, noise is of course particularly important to the turbocharged California T. To achieve a 'typically intense, exhilarating Ferrari sound', the California gets a specially manufactured flat-plane crank (the biggest change over the Maserati engine that uses a cross-plane crank), exhaust manifold and turbo housing. Ferrari says the powerful and engaging sound is the first time this has been achieved with a turbo engine. 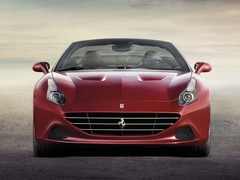 Rejoice, the piggy nose has gone!

Just in case that isn't enough turbo geekery, the interior features a 'Turbo Performance Engineer' (or TPE if you don't want to admit its full title) between the two central air vents. Touch-sensitive, it features a few information screens on 'making the most of the new engine's performance.' As is the Ferrari way now, the wipers and lights have been moved to the steering wheel, plus there's a new 6.5-inch infotainment touchscreen.

But there are more significant changes outside, arguably where they were required. In Ferrari's words the shape of the flanks 'is inspired by the 250 Testa Rossa' and the rear includes a 'triple-fence' diffuser. Despite using fundamentally the same proportions, the effect is a much more cohesive and attractive California than before. Those rear lights do look a little lost in the massive rear haunches though. 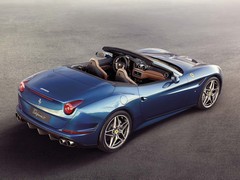 The California has always been perceived as the slightly soft Ferrari since its 2008 launch, but Ferrari now seems intent on changing that opinion with the T. A new steering box promises a sharper turn-in (apparently becoming another Ferrari trademark) and 'improved response'. The suspension has been overhauled too with new springs and faster-reacting Magnaride dampers. CCM3 carbon ceramics are also standard.

It's a comprehensive facelift for the California then, one that will surely increase its appeal to a wider range of customers. In fact, the one detail missing from Ferrari's pre-Geneva release is UK pricing and availability. With the outgoing Cali at £152,154, a gain commensurate with the increased power and spec seems likely.