There have been prettier, quicker, rarer Ferraris than the one built in its 40th year. But none as special 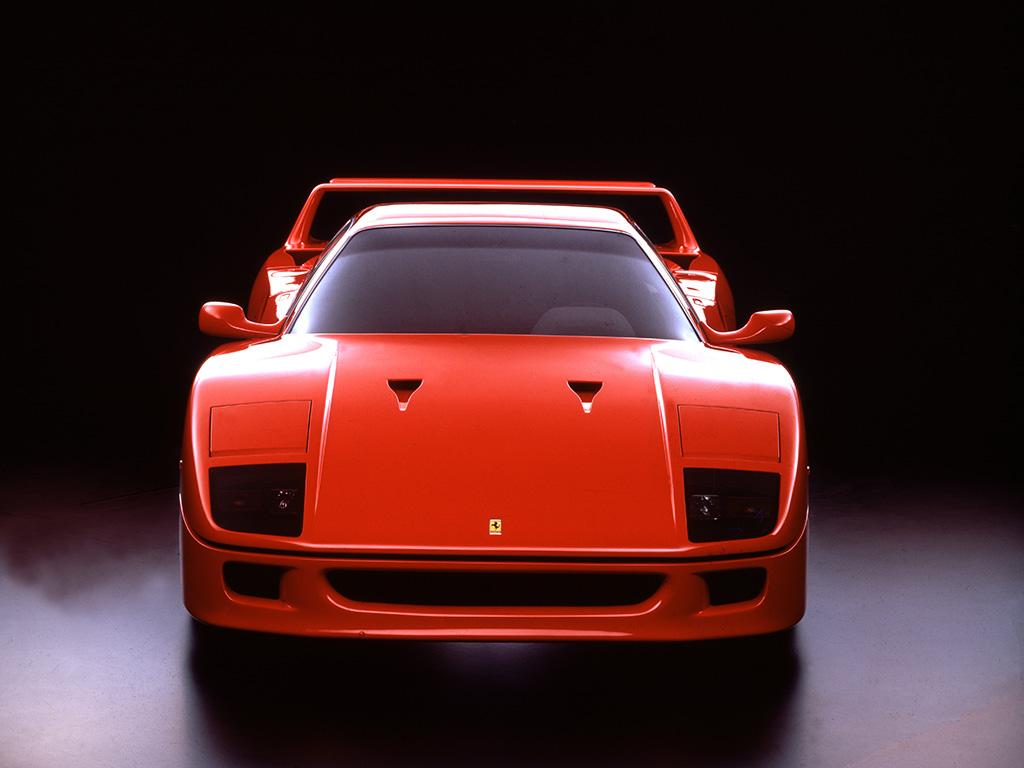 How do you weigh up a particular car's legacy? Given all the free time I find myself with at the moment I've been pondering exactly that. Ultimately, I think it comes down to these two things: what did that car change for good; and how meaningful were the things that it changed?

As a sort of suburban counterpoint to the car that I've picked out for this piece, the Ferrari F40, I first want to pick apart the legacy of the original 1998 Ford Focus. It'll help me explain my point.

That car changed the family hatchback game in a way no comparable car did before or has done since. It raised the bar for the class in terms of ride and handling, thanks in the most part to its multi-link rear end and exceptional steering. The Focus drove beautifully. Its forward-looking styling, meanwhile, moved the game on every bit as much. The model it replaced, the last of the Escorts, looked like a GCSE car design project by comparison.

So in those two ways - how the thing drove and the way it looked - the hatchback sector was changed forever; new standards were set. And you don't need me to tell you how meaningful those two aspects of a motor vehicle are. The Focus' legacy, then? Enormous. Almost beyond compare. Few cars of any kind have left a bigger one.

That's the methodology I want to apply to the F40, just in more detail. The Ferrari's backstory is so familiar I reckon you could recite it along with me - launched in 1987, built to celebrate 40 years of the Italian marque, the last car old man Enzo signed off himself, the first production car from any stable to crack 200mph...and so it goes on. It's quite a tale.

And now, 33 years later, faint outlines of the F40 sun-bleached onto bedroom walls the world over where posters were once pinned, the car remains one of Ferrari's most admired. Its influence has been felt in the company's halo hypercars ever since, from F50 to LaFerrari, the Enzo in between, all of them exploiting the latest lightweighting technologies, all of them manipulating the flow of air, and all of them conceding almost nothing to everyday usability - just like the F40 did first.

Successor to the 288 GTO homologation special, the F40 only came to pass because the FIA's Group B motorsport regulations had to be scrapped at the end of 1986. Spectators were being killed on rally stages and competitors were perishing as well, most famously Henri Toivonen and Sergio Cresto on the Tour de Corse. It was too much for the governing body to bear: Group B rallying had to be canned and Group B circuit racing was lost as collateral damage.

Before the FIA made that fateful call, Ferrari had been working on an even faster, yet more exotic version of the 288 GTO competition car. Inevitably, the Evoluzione fell by the wayside, too. But rather than let its demise be in vain, Ferrari sought to apply all of the motorsport technology from both versions - the 288 GTO and the still-born Evoluzione (of which only a handful were ever built) - to a new road car project. It'd be Ferrari's fastest and most advanced road car yet, and Enzo's last. It arrived 40 years after Ferrari was founded and was labelled F40 accordingly.

With carbon fibre and Kevlar body panels, the 288 GTO was already pushing the boundaries of supercar engineering. But the Evoluzione went all in - it was much lighter than the GTO, faster with a more powerful version of the same twin-turbo V8, and with a jutting front splitter, dive planes ahead of the front wheels, a towering rear wing and vents wherever you looked, it finally realised the potential of the air that passed over and underneath it.

The Evoluzione was a tour de force, or at least it would have been. As it was shoved to one side in 1986 along with the FIA's Group B regulations, all of that learning was transposed onto this new road car. The Pininfarina-penned body was prettier than the Evoluzione's belligerently functional exterior, but with a road-scraping front splitter and a rear wing that reached high into the air, the F40 was a far more aerodynamically advanced machine than earlier Ferraris.

And it wasn't just about downforce. With its countless slats, NACA ducts, air vents, scoops and grilles, the F40 was designed not simply to avoid the air, but to bend it to its will, ramming it into the air box with force, drawing cooling air over brakes and radiators or expelling heat from the engine bay. The car is like a 200mph organ, pulling air in here and extracting it there, diverting it over a splitter and beneath a wing to press the body into the ground.

At just 1100kg the F40 was a flyweight, lighter than the McLaren F1 by almost 40kgs. Its exterior body panels numbered only 11, each made from carbon fibre, Kevlar or aluminium. The glass wasn't glass at all but lightweight Lexan, a clear polycarbonate, while inside the cabin the solitary nod to everyday comfort was air conditioning.

The F40 was sophisticated in its way, then, but also hopelessly crude. Gordon Murray, with plans for a revolutionary hypercar of his own already well formulated in his mind, wrote for Motor Trend in 1990: 'It's the lack of weight that makes the [F40] so exciting. There's nothing else magic about the car at all. They're [using] two- and three-inch-diameter steel tubes at chassis base datum level to do all the work, and it shows - you can feel the chassis flexing on the circuit and it wobbles all over the place on the road. It really does shake about. And, of course, once you excite the chassis the door panels start rattling and squeaking. It's like a big go-kart with a plastic body on it.

'It's not even '60s technology, from a frame point of view, it's '50s twin-tube technology, not even a spaceframe. It's only got local frames to hold the bulkhead to the dash, attach the front suspension, rear suspension and roll bar. And then you have the marketing Kevlar glues in with a quarter inch of rubber.'

The point about the F40 is that it was never conceived to showcase next generation performance car technologies that way the earlier Porsche 959 was. Instead, Ferrari harnessed the latest weight saving and powertrain technologies to achieve an entirely new level of performance in what was then the here and now. Space-age materials, twin-turbocharging, trick aero... It had all been done before, not least by the 288 GTO and Evoluzione. But while one was a limited-run homologation car and the other not much more than an engineering study, the F40 took those technologies into series production. More than 1300 were built and nothing was the same again.

The F40's legacy is propped up by one or two more pillars, but that, for me, is the central one. What else? I would argue that it galvanised Ferrari's reputation as the definitive supercar manufacturer more than any other single model. Certainly none has done more.

And there is also something worthwhile to be said about singularity of purpose, because it was the F40's bloody-minded determination to put the driving experience above all else - and so do away with carpets, electric windows, a stereo, proper door handles, airbags, driver aids and almost anything else would add weight but nothing at all to the way the car drove - that gave license to the F50, the Enzo and the LaFerrari to be raw and uncompromising machines. It was the F40 that bloodied itself smashing through that wall, clearing the way for the rest to do the same even decades later.

'Legacy' will mean many different things to different people. Having written all of the above, I wonder if the F40's enduring contribution to this world actually has nothing at all to do with technology or performance, but turning a generation of kids onto the unbridled thrill and excitement of supercars. Whichever it is, the Ferrari F40 leaves one hell of a mark.