It's like Steve McQueen and Le Mans all over again ... hopefully! 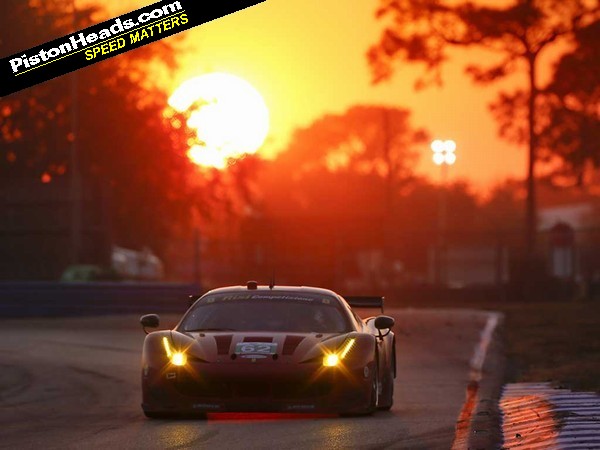 When Luca di Montezemolo speaks, people listen. So when the Ferrari gaffer made reference to a return to Le Mans with a full-on LMP1 car at the Prancing Horse Christmas bash recently we started playing a game of join the dots that led to an interesting destination.

The charismatic Italian did the usual, thanking the workers for generating massive profits, as well as Messrs Alonso and Massa for their efforts in F1 this year. But then he dropped this tasty morsel into the mix. 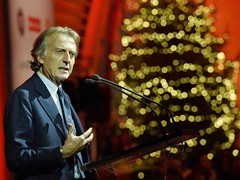 "Once again this year, we have had great results in the world of GT racing ... Continued development in the GT world and the technology transfer to road cars has always been an integral part of our activity.

"We have won with the 458 GTE, but I also quite like the idea of racing at Le Mans in the highest category: who knows, maybe one day we can return and win, say thanks and come home. Maybe we should give it some serious consideration..."

Maybe Ferrari has already been giving it some serious consideration.

While Audi and Toyota were battling it out in France back in June this year, it was rumoured that a small group of Ferrari execs were in attendance, scoping out Le Mans for a possible return to the event in the top class at some point in the future. This latest comment by Ferrari's chairman no less has just fanned the flames. 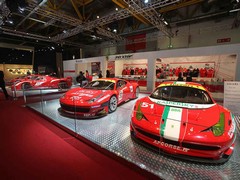 GT racing is a growing market for Ferrari

If the wheels are already in motion for a full-scale works LMP effort, don't expect it to be in 2014, however. Rule changes in Formula 1 for 2014 - moving to V6 turbos with much more emphasis on energy recovery - means all of Ferrari's rather significant might in the motorsport department is being directed towards giving Fernando and his new teammate Kimi a car to challenge Vettel with next year.

But that doesn't mean Le Mans not a possibility for 2015. With the new LMP1 rules - set out by the ACO and FIA - also focusing more heavily on efficiency and energy recovery, there could be more than a few crossovers between endurance racing and F1.

With Porsche retuning to La Sarthe next year with its 919 Hybrid, if Ferrari were to come back in 2015 it could be time to reprise the Gulf livery for the German car and a nicely evocative Rosso Corsa paint job for the Ferrari. We're thinking 1970s Le Mans, with our best impression of Steve McQueen's stoic character Michael Delaney. Anyone fancy lending us a retro 911 S to make the trip and stare moodily at the Armco before the race? You know where to find us. 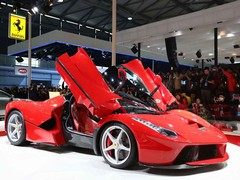 News of a possible LMP1 return is not the only interesting thing Ferrari's been up to recently - it's also been testing its 2014 1.6-litre F1 V6 turbo in the back of its new

to hear the gruff bark of the small capacity, forced-induction motor.

The trickle down of tech from F1 and any future Le Mans car could have great implications for Ferrari's future road cars, too. So this might be more relevant than first appears. Smaller downsized turbocharged engines could be the way forward - and there's no better breeding ground to test that tech than in motorsport.

A hybrid V6 turbo - or version of that Ferrari builds for the Maserati Ghibli - mounted in the front of Ferrari's next California? Don't rule it out.