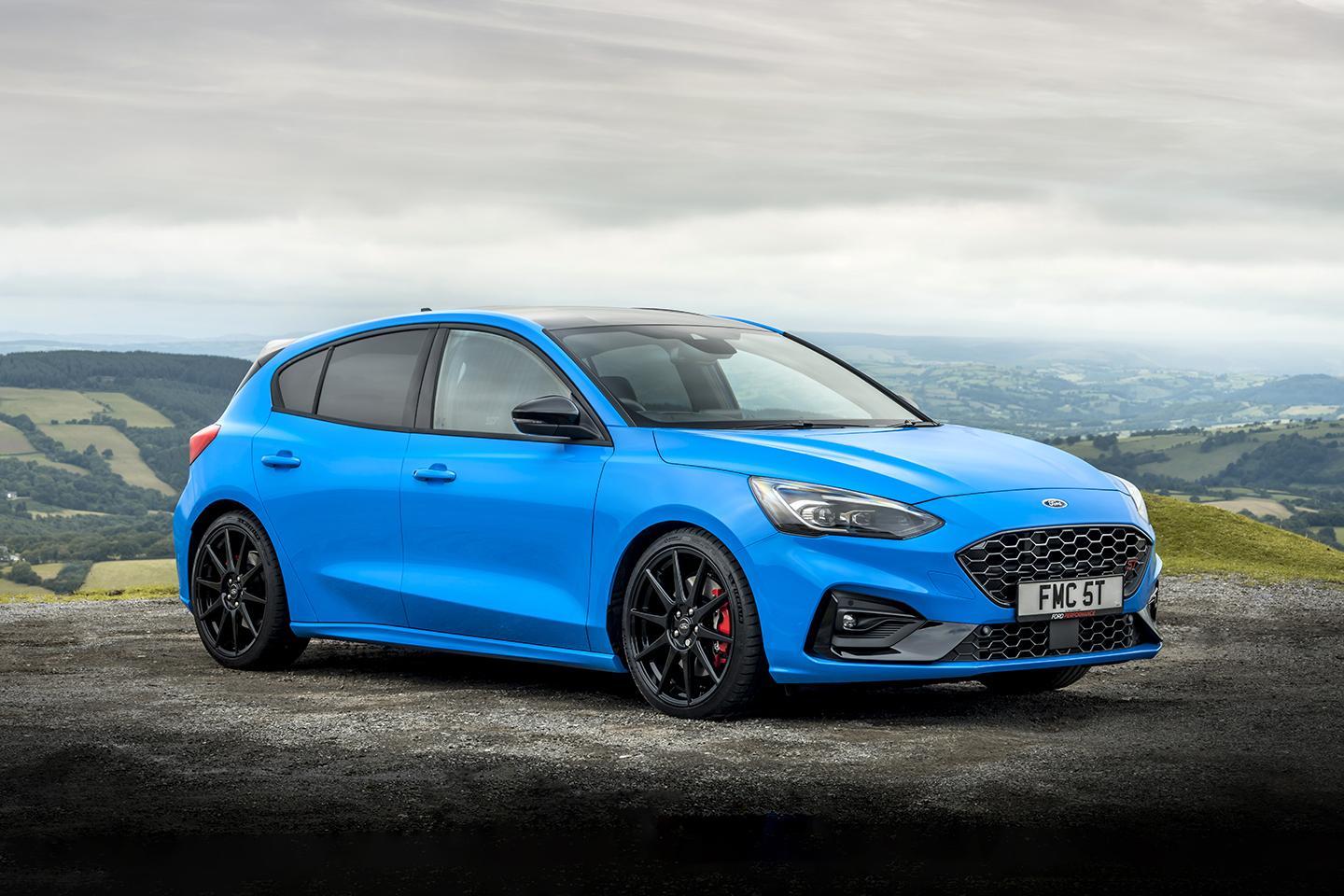 The Ford Fiesta ST Edition is a car we like very much on PH, having elevated itself above the standard car as well as keeping both Toyota GR Yaris and Hyundai i20 N honest despite their additional power and tech. It seems Ford is keen on that car, too, as it's now introduced the same raft of upgrades for a Focus ST Edition.

Painted Azura Blue just like the Fiesta, the Focus ST Edition's most notable change is the fitment of coilover suspension - as it was for the smaller car. If anything, it's a more notable switch here than before, as the Focus ST already has electronically adjustable dampers as standard, which the Fiesta does not. But the coilovers are most certainly in, here supplied by KW and offering 16 rebound settings as well as 12 for jounce - "the degree of upward movement allowed as the wheel contacts a bump in the road." Which sounds a lot like compression but, whatever the case, a buyer won't be short of choice.

Ford will even provide a document to Edition buyers on how to configure their dampers, including an optimum setting for the Nordschleife. As standard the Edition's ride height is 10mm lower than a regular ST, with another 20mm of adjustment available; the springs are now painted Ford Performance Blue, too, with a rate increased by more than 50 per cent over the standard car.

The uprated suspension sits behind new, lighter alloy wheels, the flow-formed 19s said to reduce unsprung mass by 10 per cent at each corner. Obviously that's going to be a marginal gain, but every little helps when it comes to unsprung mass. Michelin Pilot Sport 4S tyres are standard. Again, like the smaller Edition, this Focus gets black accents against its Azura Blue paint - see the grille, roof, and rear spoiler - in addition to a part leather Recaros with Performance Blue stitching and a red starter button.

Available only as a petrol, manual hatch - meaning 280hp and 310lb ft from a 2.3-litre turbo - the Focus ST Edition is available to order now, priced at £35,785. Which, given a regular ST costs £33,285, doesn't seem an unreasonable premium. And, rather unlike the Fiesta - which was limited to just 600 cars - Ford hasn't yet announced a production cap on the Focus ST Edition - hurrah.

Still not convinced? Over to Ford - or specifically Stefan Muenzinger, Ford Performance Manager in Europe - for the final word: "The new Focus ST Edition takes the hot hatchback to a new level of handling precision and control. Not only does it offer increased poise and responsiveness for the enthusiast, but also gives the ability to tailor the feel and handling balance of the car to the customer." First drive coming soon!