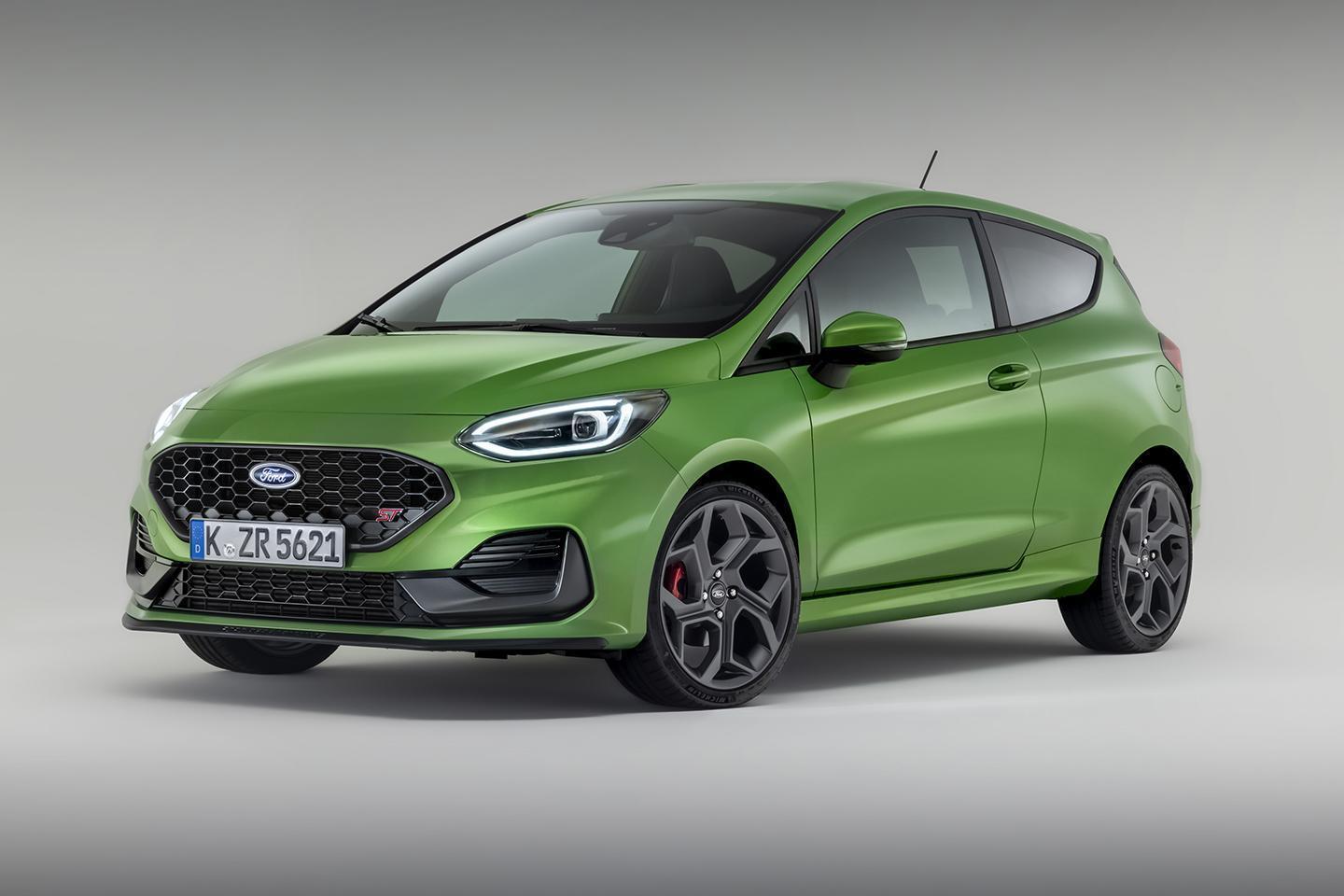 Even minor updates of the Ford Fiesta are significant, because its maker sells them in such vast numbers. It doesn't seem like all that long ago that the current generation launched to noteable acclaim, but by the time the new version makes its way to customers in 2022, five years will have passed. Which is already quite a stint for a supermini.

Of course, the Fiesta wears its age lightly. The latest spruce is generally about bringing the car in line with Ford's wider design language, and making a fuss of some new mild-hybrid powertrains. But we won't bore you with that because it's also subjected the ST to some gentle fettling, which is much more interesting.

Obviously the most prominent difference is the new Focus-like front end. Ford says it's a more 'aggressive fascia appearance' with honeycomb upper and lower grilles alongside the redesigned side vents that help distinguish it from the rest of the range. Is it quite as pretty as the old car? That's arguable, but the net effect is not too dramatic, and with body-coloured lower lip spoiler, bespoke side skirts, rear diffuser and spoiler all in place there's no mistaking the ST. Matrix LED headlights are a nice touch, too.

Additionally it gets 17-inch (or optional 18 inch) alloy wheels in a Magnetite finish, and Ford has added 'Mean Green' to the paint choice. Inside, a brace of new Performance seats have been developed to provide better support, and come with 14-way adjustment as standard. Red stitching abounds in the ST cockpit, and you get a flat-bottomed steering wheel to hold, too. Sporty.

Mechanically speaking, the Fiesta gets the same 200hp 1.5-litre Ecoboost engine, although Ford has teased an additional 22lb ft from the torque figure. This is available from 1,600 to 4,000rpm, so expect the ST to be as sprightly as ever. It also handily eclipses the peak twist produced the i20 N, even on overboost - which provides fast Ford fans with additional bragging rights over Hyundai's new upstart.

Ford takes the time to mention cold-formed force vectoring springs and Tenneco twin-tube front dampers in the ST, although we're fairly sure those are carried over - as is the option of a Quaife mechanical limited-slip diff. This is a box worth ticking, especially if you want to take advantage of a new Track drive setting that disables traction control and sets ESC to wide-slip mode for circuit driving. It replaces the Eco mode found in other Fiestas, which is exactly as it should be for the ST.

Elsewhere, the ST gets a new 12.3-inch digital instrument cluster that is rolled out across the Fiesta range, alongside some updated driver assistance tech. Ford says the new line-up kicks off at £16,670, and while it doesn't specify the ST's price, expect a slight premium over the previous version. Deliveries are set to begin in early 2022.