Like it or not, Lambo's SUV is here - and it intends to go everywhere, very quickly indeed.

650hp. 627lb ft of torque. 0-62 in 3.6 seconds. A top speed of 190mph. As headline figures go, it's hard to deny that those are some pretty Lamborghini numbers. So before decrying the Urus as the bastard child of bean counters and bottom lines, let's give it a chance to prove itself worthy of wearing the hallowed badge. 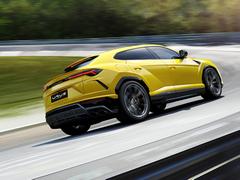 The arrival of "the first Super Sport Utility Vehicle", as Sant'Agata has christened it, arguably sets the benchmark for a new automotive era. Yes, there have been cars like the LM002 before, the Porsche Cayenne (which set this ball rolling), and Bentley's Bentayga is hardly a regular old Chelsea tractor. But with similarly performance orientated SUVs from Aston Martin, Ferrari, and even Lotus expected in the coming years, the Urus is looking to set the standard by which their refinement, performance and handling will be measured. And it's set the bar pretty high - on paper, at least.

Generating those six hundred and fifty horses is a front mounted, 4.0-litre, twin-turbo V8, and putting them down via an eight-speed automatic transmission is a four-wheel drive system that uses active torque vectoring and four-wheel steering to optimise handling whatever the surface. Meanwhile standard adaptive air suspension and carbon ceramic brakes - bringing the Urus to a standstill from 62mph in just 34 metres - keep everything in check. 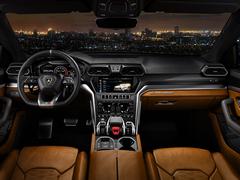 Thanks to extensive use of aluminium in its construction - for a kerb weight of around 2,200kg - the Urus boasts the best power-to-weight ratio of any SUV. Not only can it hit 62mph in 3.6 seconds, but it can also reach 124mph in just 12.8 seconds as well, before going on to that 190mph top speed - pipping the Bentayga to the title of world's fastest SUV by 3mph in the process.

"The Urus fits perfectly within the Lamborghini family as a high performance car... [it] elevates the SUV to a level not previously possible, the Super SUV. It is a true Lamborghini in terms of design, performance, driving dynamics and emotion as well as being drivable every day in a range of environments," says CEO Stefano Domenicali.

And what of that everyday drivability? Well, when it comes to practical features, the Urus doesn't disappoint. Cylinder deactivation reduces fuel consumption, the rear seats fold to "substantially extend" the 616 litres of boot space and, where other Lamborghinis have to raise their noses to clear speed bumps, the Urus' 'Easyload Assist' lowers the rear of the car for less strenuous access. 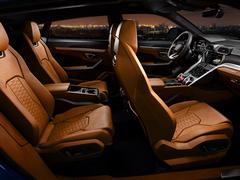 As standard you'll get mod-cons like front and rear parking sensors, an eight speaker sound system and cruise control; with options including a 21-speaker Bang & Olufsen set up, head-up display, TV tuner and, wait for it, a trailer coupling mode. For connecting a trailer. To your Lamborghini.

Styling wise, well, it's certainly striking. The car's proportions, "adopt the two-thirds body, one-third window ratio of Lamborghini super sports cars... Its short overhangs communicate its strength, muscularity, dynamically assertive character and commanding road position." Alrighty then. It's coupe-style silhouette, complete with frameless doors, is undeniably sporty though, if not necessarily beautiful. Those of you looking for LM002 references should turn your attention to the Y-shaped front air intakes and hexagonal wheel arches, both features apparently inspired by the Humvee rival.

Then there are the wheels. Available with a choice of summer, winter, all-season, all-terrain or sport tyre, all specially developed for the Urus by Pirelli, they range from 21- to 23-inches in diameter, making them the largest available in the segment. They need to be too, housing as they do those enormous carbon ceramic brakes - which measure 440 x 40mm at the front and 370 x 30mm at the rear. That's the stopping power explained then. 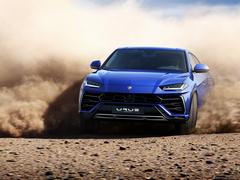 Inside, the Urus's cabin is billed as, "technologically advanced, yet intuitively operable". Seating positions are described as super sports car low, but extremely comfortable. They ought to be too, with fully electric, heated, 12-way adjustable items as standard throughout, and even more luxurious 18-way adjustable sport front seats optional. The Urus seats five with an option - in conjunction with those sport front seats - for a "more exclusive" two-seat rear layout instead.

Regardless of your choice of leather, Alcantara, aluminium, carbon fibre or wood trim, Lamborghini's familiar hexagonal theme appears frequently, in details like the air vents, door handles, and even the cup holders. The centre console is again inspired by the LM002, and houses a dual touchscreen infotainment display as well as arguably the Urus' most important feature: the Tamburo. 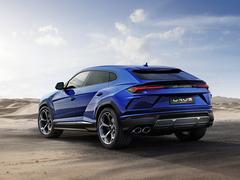 It's through this that one of the four standard and two optional drive modes will be selected, allowing the car to fulfil its raison d'etre. Strada, Sport and Corsa do pretty much what they say on the tin, while the standard Neve (snow) and optional Terra (off-road) and Sabbia (sand) modes - available as part of an Off-Road Package including metal-reinforced bumpers and additional underfloor protection - better tailor the Urus for whatever activities its billionaire buyers may choose for it. That Lamborghini's genre-defining SUV doesn't come with an off-road mode as standard is a decision almost as hard to understand as its very existence.

Deliveries of the Urus are set to begin in Spring 2018, with an expected price tag of around £165,000. Whatever it costs though, and whatever it is capable of, preconceived opinions are unlikely to change. To some it is Lamborghini liberated, taking supercar performance and design beyond machines confined to the road or track. To others it's just a garish Q7, a money grabbing blot on Lamborghini's copy book and an unnecessary distraction from the business of making 'proper' supercars. As always for us, though, the proof will be in the driving. More on that in the New Year.