Need to grab more attention in a drop-top V12 Ferrari? Mansory's latest is just the ticket 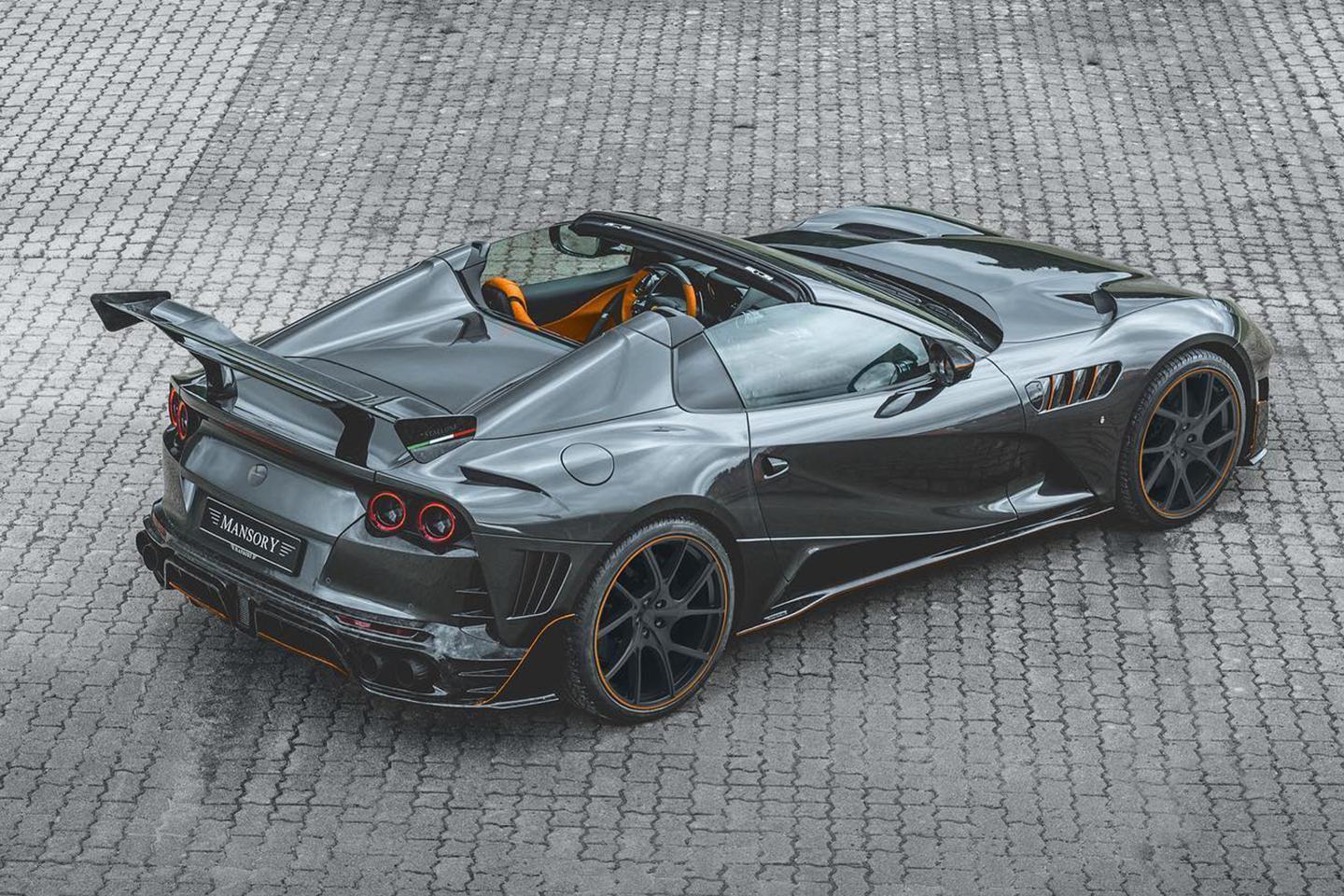 Mansory is nothing if not committed to the cause. Just when it seems like we've reached the peak of supercar power, performance, and drama, Germany's most (in)famous tuner ups the ante again. Whether it was strictly necessary or not is another matter, of course, but as long as people want them, Mansory will keep building them.

The Stallone GTS is its latest, taking the new 812 GTS and making it even sillier. Power is up to 830hp, matching the 812 Competizione, with torque climbing a little to 546lb ft. Presumably this is a software or exhaust tweak, as Mansory hasn't divulged any further details. Apparently, the Stallone is capable of 0-62mph in just 2.8 seconds, as well as a 214mph top speed, making it one of the fastest - if not the fastest - convertible in the world.

But of course, performance is never the primary concern when it comes to a car overhauled by Mansory. The carbon bodykit is outrageous by most standards but usual fare for Mansory, with more slats, spoilers and slashes to mark the Stallone out. And a towering rear spoiler, of course. The wheels are larger than standard - 22-inches, in fact - forged and newly designed for this car. Owners of the 812 Superfast can get them, too.

Mansory describes the Stallone GTS as the "ultimate open-top sports car", which it's hard to disagree with from certain perspectives. Everybody will see you coming, at least, which is probably entirely the point. And hear you. And know that you've spent an awful lot of money. A GTS is £300,000 already, before throwing a ton of carbon at it. The only car Mansory currently has for sale is a Ford GT - at €1.8m. So you'll need deep pockets as well as thick skin for a Stallone. But would you have Mansory any other way?