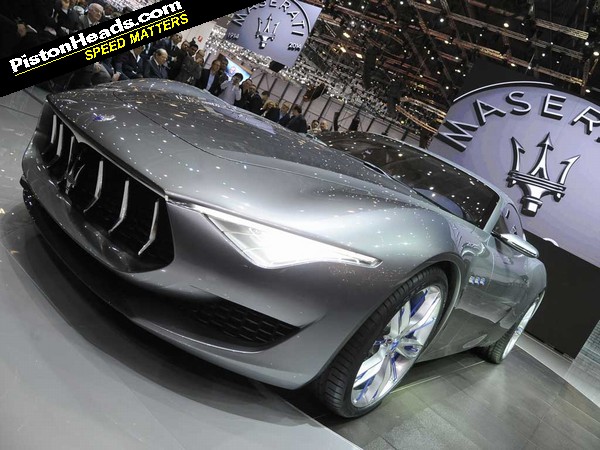 We're getting really quite excited about

now after gleaning more information about the Italian brand's

and Jaguar F-type due in 2016. Namely, it'll be light, involving and look exactly like the stunning concept.

A replacement for the GranTurismo this isn't. 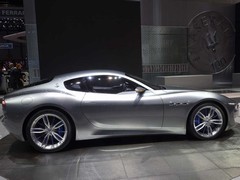 "The GranTurismo is a GT and Alfieri is a sports car," head of global design for parent company Fiat, Lorenzo Ramaciotti, told us during a ceremony marking a new Maserati exhibition at the brand's home in Modena, Italy. Ramaciotti played a big part in the design of the concept for new coupe and won our praise when he told us it won't be changed for production. "If you put the concept and the production car together it will be impossible to see the difference," he said.

We already know a far bit about the car from a Maserati announcement earlier this year that detailed plans for a range of new models. The Alfieri, named for one of the founding Maserati brothers, will be exclusively powered by V6 turbo engines and will be offered with either rear-wheel drive in the lower powered 350hp version or four-wheel drive in the 450hp and 520hp options. A cabrio will also arrive a year later in 2017. 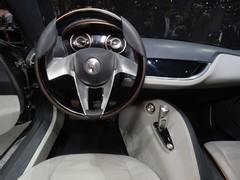 It'll be sportier than a GranTurismo but still a GT

For a while it'll be the only Maserati coupe and convertible available as the long-running four-seater GranTurismo and GranCabrio bow out next year, but they'll be replaced at a later date - the Alfieri is NOT that replacement.

"The GranTurismo is much bigger, it has a lot of space inside," Ramaciotti said. "The Alfieri is a 2+2, you'll not have more space there than you have in the 911 or Audi TT." He says that means the driver will sit further back, improving weight balance. And it'll be light thanks to a greater use of aluminium. He couldn't put a weight figure on the new car, but said that the car will beat the new Quattroporte's aluminum content at 30 per cent.

But this isn't a low-volume halo car built with such exotic materials it pushes the price beyond all reach. That price will be "somewhere below the GranTurismo" is all Ramaciotti would say, so we'd expect a start figure of around £65,000. It also won't be a hardcore track weapon. "It should drive like a Maserati - it should be a sports car but not too demanding for the driver. You should come out relaxed after a 500-mile drive." 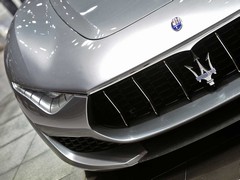 Alfieri is to be to Maserati what 911 is to Porsche

. It could possibly be built in the same Turin factory and away from Maserati's traditional Modena assembly plant where the GranTurismo is put together. In which case it'll be built by robots and not largely by hand as cars in the Modena plant have been done since the 1930s.

Maserati is pushing hard to become Italy's Porsche with a plan to boost sales to 75,000 by 2018 from 15,400 last year. Cars like the forthcoming Levante SUV and the Ghibli will deliver the bulk of that, but the Alfieri is still vital to Maserati according to Ramaciotti: "If you see the sales for Porsche today, the 911 is not the car that makes the numbers, but it's still the car that makes Porsche. Alfieri will be the car that makes Maserati."