Dan is blissfully happy with his Alpine A110. But he could always be happier... 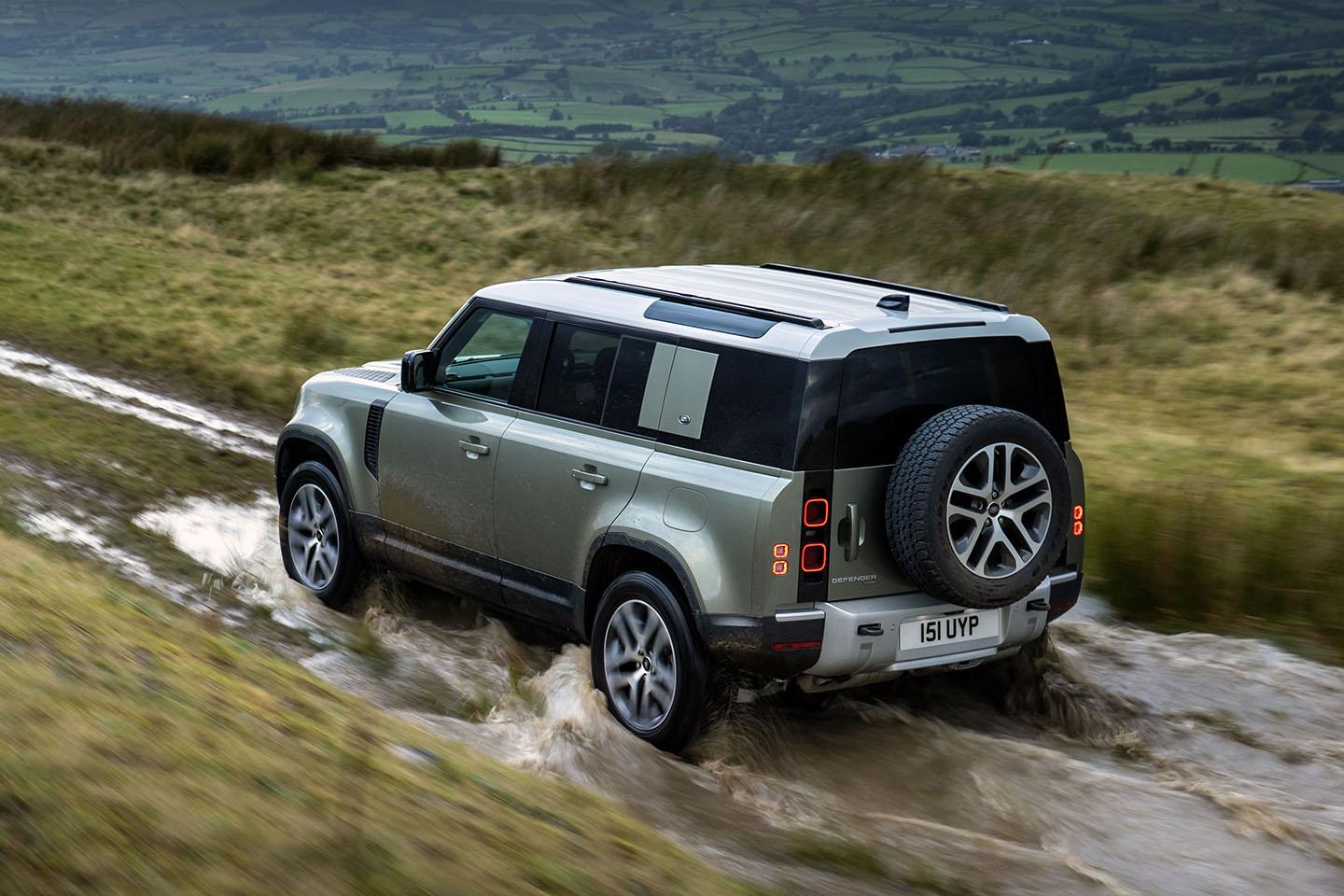 A few months ago I arrived at a job in my own car while a colleague turned up in a new Land Rover Defender. It was a 90 with white steelies. I stepped back and thought, 'there it is, the perfect two-car garage.' You could have the pair for less than £100,000.

Between them the Alpine and Land Rover would cover an enormous number of bases, which for a lot of people is what this fantasy two-car thing is all about. In the A110 you'd have a fun little sports car for weekends and trackdays, and in the Land Rover a more robust machine for daily use, winter weather and family duties. Although in that latter regard, the Defender 110 would probably be the one to have, given it actually has a usable boot.

But now I'm not so sure, and for two reasons. The first is that it would be unthinkable to me to own two cars and not have a single manual transmission among them. An exclusively automatic brace of cars? Never. I'd forget how to change gear myself. The second is that ticking as many usage boxes as possible actually isn't the point of the two-car garage game, at least not as far as I'm concerned. I'm not looking for the perfect counterpoint to my A110, but the car that compliments it better than any other.

Clearly, though, it does need to be more usable than a tiny two-seat French sports car with less storage space than a large handbag. It also needs to have a manual gearbox, which rules out all modern SUVs, most estates and a huge number of saloons. In fact, of the cars still in production today, that one requisite leaves me choosing from a bunch of hatchbacks, some smaller saloons and estates, plus a handful of sporting cars like the forthcoming Toyota GR 86 or the BMW M2 Competition that aren't quite different enough in concept to the A110 to win a place in my garage.

More than anything, this game highlights just what a pity it is that the Alpine isn't offered with a stick and a third pedal. If it was, I'd sling a Defender in the shed alongside it and be thrilled with my line up. As it is, I find myself having to get creative. And does that means disregarding new cars altogether and just looking at older stuff?

The one that first came to mind was the Audi RS2 Avant. I spent a few days in an RS2 last year and though I recognised its dynamic shortcomings (really fling it at a road and it will eventually cry enough as it runs out of body control, rear end grip or both at once), I enjoyed its warbling five-pot engine and slick manual 'box, and I liked that to make it move along a road at any meaningful rate you actually had to work quite hard behind the wheel. But I'm not sure an increasingly valuable 26-year-old car would be terribly well suited to the daily duties I have in mind for it.

The longer I thought about this little quandary, the clearer it became to me that my second car shouldn't be too special. Seems an odd thing even to write, let alone to read. It mustn't overshadow the A110 entirely, making that car feel unremarkable. Remember, I'm looking for a car the compliments my Alpine, not one that makes it completely redundant. So out go all Porsche 911s ever constructed, a whole raft of BMW M-cars and Mercedes-AMGs, plus any supercar you care to mention.

It's a very particular set of attributes that I'm hunting for. This second car must be fun, reasonably practical, modern enough that I'd never worry about it letting me down or suddenly becoming so valuable that I wouldn't want to use it, and not so exotic that it makes my A110 seem dull. And don't forget the manual gearbox. I'm looking for a hot hatch, aren't I?

It may well be that there is no car that better compliments mine than a VW Golf GTI. My favourite of the lot is the Mk5 - classy, quick enough, great to drive and effortlessly practical. But I'm afraid I just can't bear to be so predictable, so I'm going elsewhere. Not to Honda, or Seat, or Renault Sport, but to Ford.

No, not a Focus RS, nor even a Focus ST. The Ford hot hatch I most long to own is a Fiesta ST. The current version in Edition guise is one of the most entertaining cars on sale today, but I pine for an older version. It was five years ago almost to the day that I spent eight or nine very happy hours hammering the previous shape Fiesta ST200 up and down the Route Napoleon. I couldn't get over how much fun it was. I wouldn't have enjoyed myself any more in a mid-engined exotic (though I'd certainly have covered more ground).

I thought prices would've dropped further than they have in five years. The cheapest in the PH classifieds is up for just under £15,000, but I reckon it's well worth it. Apart from being a total blast to fling along a good road, the ST200 also has rear seats, a reasonable boot and the manual gearbox I crave. And it is that very particular set of attributes that means the little Ford would sit alongside my A110 very happily indeed, never overshadowing it, but also not seeming like the short straw on those occasions when a little more practicality was needed.