Ferrari's finest not fast enough for you? One company to call 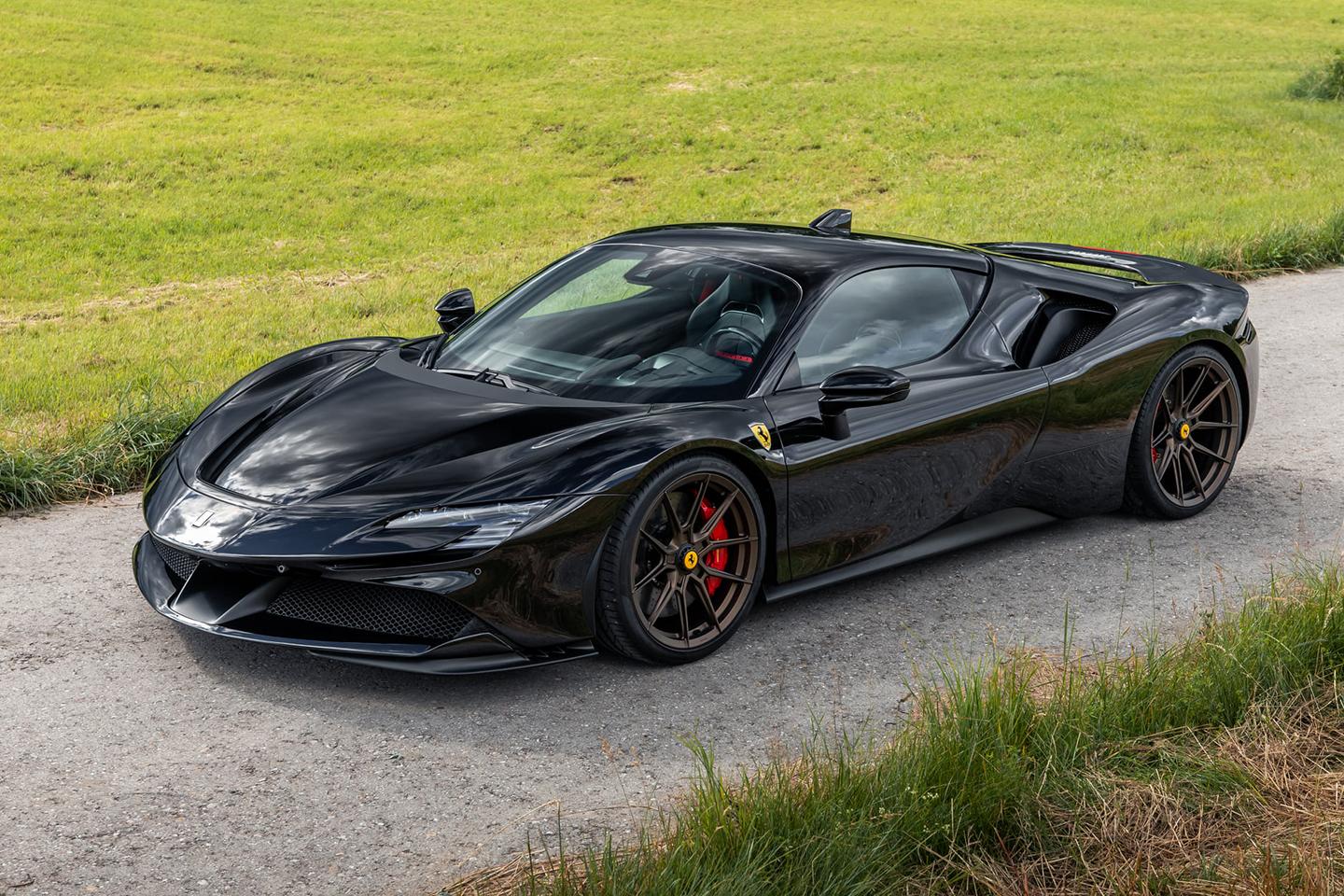 In 2021, any supercar firm worth its salt has to have a plug-in hybrid model in the works. Aston Martin is developing the Valhalla and Lamborghini recently announced a move to electrified V8s to name just two enormous departures from traditional way. Yet Ferrari is already there, the 1,000hp SF90 Stradale now in production and on the showroom floor - and therefore fair game for Novitec's attention.

"Novitec is the world's leading refinement specialist for the powerful sports cars from Maranello and naturally also took on the challenge now of making the SF90 Stradale even more dynamic and exclusive", notes the release. In fact, the work centres on new wheels and a different exhaust, but then it might be argued a car like the SF90 does present rather limited options from a tuning perspective.

For this car the electrical system is untouched, with another 30hp liberated instead from the 4.0-litre twin-turbo V8 thanks to freer-flowing Inconel pipes and 100-cell cats. That means 813hp from the engine instead of 780hp as standard, and a torque boost as well: 632lb ft, from 590lb ft before.

Total system power is 1,033hp which, as such a small percentage increase, means no change in performance: 2.5 seconds to 62mph is the headline number. Novitec reckons this car exceeds the standard car's 211mph top speed, but it can't be by much with just another 30hp. The important thing is you'll know yours has more power.

Should buyers wish, their SF90 can also be dropped on sports springs (30mm front, 25mm rear) for a "positive" effect on both looks and handling. The forged wheels seen here are from Vossen, said to be "among the lightest of their kind" for such a big size - 20-inch front, 21-inch rear. That's all in addition to "virtually any desired colour" for the interior upholstery.

And, credit where it's due here, the Novitec SF90 does look pretty cool, though lowering mid-engined supercars hasn't often failed. The parts are all on sale now, so if Ferrari's flagship isn't exclusive enough then Novitec will be pleased to accommodate. This one is black, just like the demo car - it's yours for half a million.