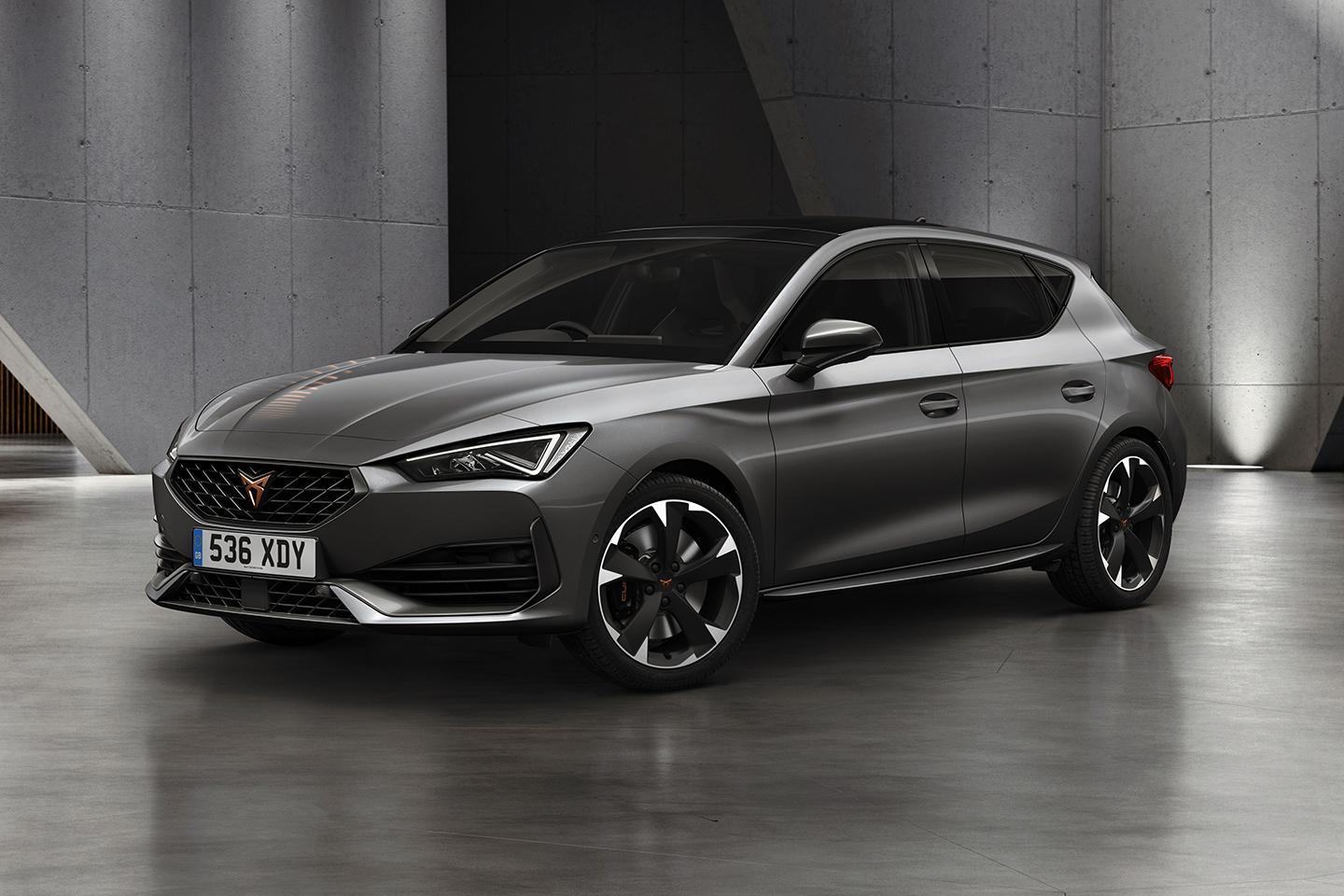 Cupra has rounded out its new Leon lineup with confirmation that the entry-level 245hp version of the hot hatch is on sale today from £31,460. The manufacturer introduced the model alongside the more powerful 300hp variant and the petrol-electric hybrid last year, but it has been slower to market.

As ever, the Leon's positioning is notable for where it ends up versus the VW Golf GTI, still very much its sister car. The answer to that - despite Cupra's more upmarket billing - is much the same as before: the Leon is more affordable, undercutting the starting price for a 245hp GTI by a little over £2k if you're content with the VZ1 starter trim.

The kicker is that the Cupra will not afford you the pleasure of pushing down a clutch pedal. It is available exclusively with the seven-speed DSG, which means that even if you go for the slightly pricier VZ2 trim at £32,695 (which you absolutely should because it delivers the 19-inch wheels and adaptive dampers you're going to want) you're still going to pay £2,330 less than you would for a similarly equipped Golf.

Of course, if you prefer the pleasure of selecting gear ratios the old fashioned way, the Cupra is not for you. Interestingly, Volkswagen quotes a fractionally quicker 0-62mph time for the GTI (6.3 vs 6.4) from the DSG version, but we'll assume that's just big brother complex - there is certainly no difference in the 2.0-litre motor, which dispenses the same 272lb ft of torque from 1,600rpm via the front axle.

Elsewhere you get all the kit expected of a Cupra - sports seats, quad exhausts, machined alloys, silly flat-bottomed steering wheel, etc - plus the Leon's 'digital cockpit' which includes the 10-inch infotainment system, Apple CarPlay and Android Auto integration, three-zone climate control and cruise control as standard. If you prefer the thought of a 300hp Leon, that kicks off at £35,660 in VZ2 format, and is around £1,500 cheaper than the GTI Clubsport.