The inside line from the team that built the Megane-engined, 275hp Clio R.S.16 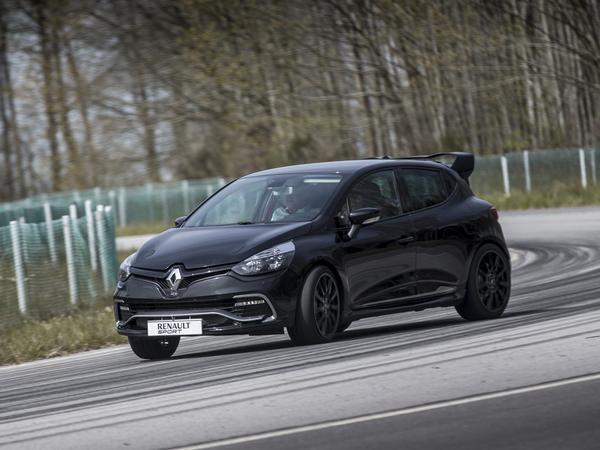 The first whisper of Renault Sport's big secret emerged early in February at the unveiling of the new Renault F1 team. That's where the first murmurings about a Clio RS being re-engineered to accept a 275hp

powertrain in a concept to be called R.S.16 were heard.

As weeks rolled by the secret expanded to include the fact that this car had prospects of going into production as a low-volume special, along Clio V6 lines. There was - and is - no firm commitment, but the ambition was to sell the car at around 45,000 euros in France, or around £40,000 here...

When the invitation to Renault's F1 launch arrived I was a bit bemused. That kind of exercise is usually a bit out of my line. Still, I joined the Grand Prix hack-pack at Renault's massive Technocentre, south of Versailles, and saw a great-looking new F1 car unveiled, chatted briefly to the new driving team of Magnussen and Palmer, and heard confident claims from Renault's F1 engine men that their much-maligned power unit would be better this year. 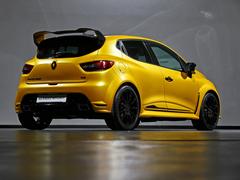 Then out of the throng emerged Patrice Ratti, studious MD of the newly named Renault Sport Cars. In a quiet corner he revealed the existence of a couple of R.S.16 prototypes, briefly outlining the spec. The company was code-naming the car KZ-1 at that time, and it was being built, Ratti explained, to mark Renault Sport's 40th anniversary. It was "a somewhat crazy idea" he agreed, but would make one hell of a car.

Everyone could see the logic in Renault Sport building an attention grabbing Clio concept using hot shoe components they already had. Ratti's plan was to launch and demonstrate the car at Monaco, during the half-hour of circuit time Renault traditionally gets to impress the crowds on the day of Monaco GP qualifying.

However, it appeared there was more to the R.S.16 strategy than that. Renault Sport had recently launched its most disappointing car for years, the Clio Renault Sport 200, only partly addressing the problems in the subsequent 220 Trophy.

This new R.S.16 was clearly a reputation-protector for Renault Sport, even if Ratti couldn't yet confirm that his super-Clio would get to production. Come to our HQ in nearby Les Ulis in a month's time, he said, and see our progress. 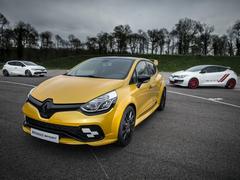 A few weeks later at Renault Sport Cars' base, a race shop-cum-design centre independent of the rest of Renault, there were more details. Two prototypes were there, one an all-black driving mule for dynamic testing and the second a Liquid Yellow demo car, which Kevin Magnussen was due to demonstrate to the Monaco crowds.

The spec was exciting, but complex. It's easy to talk about 'dropping' the 275hp 2.0-litre engine and gearbox from a Megane into a modified Clio shell, but this was actually a pretty complex job. Just making all the larger components fit had taken feasibility work. Then there was the business of designing new engine and gearbox mountings, including a beautiful new, machined-from-solid top mount. Other challenges included cooling, attempting to get two completely different electronic systems to talk to one another, and to seamlessly house stuff like instrumentation, fuel and exhaust systems with a view to making them production viable if given the go-ahead.

Getting the front suspension to handle the extra torque - 266lb ft from 3,000rpm - would require stiffer, stronger suspension uprights, the resulting bespoke components machined from solid. The dampers would be the special Ohlins adjustable items from the Megane Trophy-R, likewise the 15kg lighter lithium-ion battery. The front brakes were also from the Trophy-R's optional Nurburgring pack -- Brembos with 350mm steel discs on aluminium bells. The rear axle came straight from the Clio R3T rally car, a specially strengthened twist-beam, around 50 per cent stiffer. 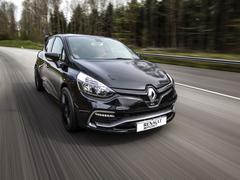 60mm wider tracks give it some real attitude

The car would also get 60mm wider tracks front and rear with 19-inch Speedline Turinis and 235/35 Michelin tyres. The arches needed stretching to fit, cut back first and then extended with composite flares linked by neat side skirts.

Other body mods included a minor redesign of the front splitter to direct more air to the bigger intercooler, new daytime running lights inspired by Renault Sport's chequer logo and tailpipes from an all-new Akrapovic exhaust system. The Clio RS's diffuser stayed the same, but designer Franck Le Gall adopted the roof spoiler from the Clio Cup, reputed to add 40kg of downforce at 125mph. Inside, the car's look wasn't much different, apart from the obvious lack of a rear seat.

The schedule - to go from idea to running cars in five months - seemed crazy, but morale at Les Ulis was sky-high. Come to our test track at Aubevoye in a month's time, they said, and maybe you can have ride...

North-west of Paris, the Aubevoye proving ground is surrounded by forest for security, and contains 50 miles of test tracks. But the afternoon I was there only two miles mattered, those of the smoothly flowing handling track on which the R.S.16's development driver, David Praschl, would give passenger rides in the black car.

There was no preamble, no sighting lap. We erupted away from standstill, the car immediately demonstrating its lightness and agility on this wide, ultra-smooth track. Praschl is one of those brilliantly nonchalant factory drivers, stroking the car along with slick manual gearchanges at 6,500rpm, after the warning beep at 6,000rpm. 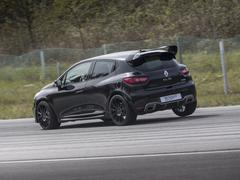 Stunning from the passenger seat - build it Renault!

From the passenger seat it felt fast and nimble. And so grippy. It was a warm day and we were leaving rubber everywhere. Most of the circuit's corners could accept 60-90mph, but the car was especially impressive out of a couple of slower ones, showing its terrific power-to-weight and traction. Praschl's antics through sweepers were entertaining too, setting the car up in understeer, in oversteer and neutrally on successive laps at the same corner.

After a neat, tidy and extremely quick six laps, it ends. Patrice Ratti tells me quietly that he won't know whether R.S.16 production can be justified until after Monaco, though he fervently hopes it can. Making it will be an expensive process, because the car needs a lot of bespoke parts and hand manufacture. If it makes it he sees two prospects: low-volume build (say, two cars a day) at Alpine in Dieppe. Or assembly from parts by a third party, much the way the British firm RML built a run of Nissan Juke Rs.

Renault Sport Cars much prefers the former outcome. But the Alpine way is complex; the company is in the throes of bringing its own car to production. But a solution has to be found. This Clio R.S.16 richly deserves to see the inside of a showroom, and pretty soon afterwards a circuit or back road where it can prove its credentials.