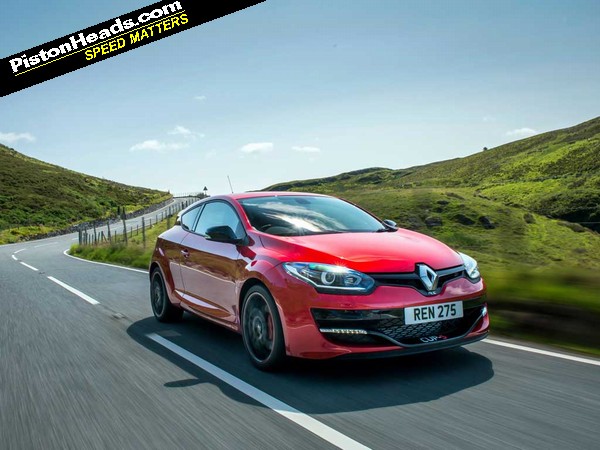 Now this is the kind of facelift PH can get on board with! Minimal talk of aesthetics or interior ambience or active safety, instead reams of information on more power, optional Ohlins dampers and a significant price cut. Welcome to the 'new' Renaultsport Megane. 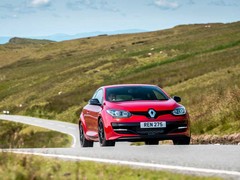 Let's begin with the price in fact, as it's inevitably where the discussion will end up. The Megane RS range now comprises two models, a 275 Cup-S and a 275 Nav. We will get to spec differences soon - you can probably make an educated guess - but the prices are certain to surprise. A Cup-S is £23,935, the 275 Nav £25,935. For some context on that, the outgoing

from the end of 2012, its RRP was £24,840. Quite a lot less money then. You have to wonder if the big discounts on Meganes will continue with the price reduction...

As implied by the name, the 275 Cup-S replaces the 265 Cup in the Megane Renaultsport range, gets 275hp like the Trophy-R and features the Cup chassis as standard including a limited-slip diff, firmer springs and dampers plus a stiffer anti-roll bar.

Here's where it gets interesting though. Options available on the old Trophy are now offered on the Cup-S, but of course with a much lower initial price. So the Ohlins Road & Track dampers, Michelin Pilot Sport Cup 2s and Akrapovic exhaust can be added. In fact, doing a little spec sheet maths reveals a Cup-S can be had with all of the above (don't forget the dampers require the 19-inch wheels) for £30,435. Right on Civic Type R and Leon Cupra Performance Pack money then, and a decent amount less than the Trophy most recently tested by PH. 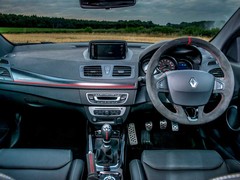 The 275 Nav adds some luxuries back in such as - you've guessed it - satellite navigation, climate control, a reversing camera and a few other trinkets. The 'full fat' option is still available by adding a Cup chassis to the Nav model for £1,350. And sat-nav in a Cup will cost £400. Still with us?

While we're on added extras, it's worth pointing out the Recaros are still offered at £1,300 and well worth the outlay. The car seen here is in Flame Red, a colour introduced on the Renaultsport Clio and new for the Megane at £625. Alcantara - because what's a fast car without Alcantara? - can be specced for the steering wheel, gear gaiter and handbrake on the Cup model only for £300.

Renault is taking orders on the new Meganes from today with first deliveries expected in November. We'll be sure to get a drive of the revised car as soon as possible as well. Can't be too thorough, right?