Screaming, high-revving engine, flappy paddles only - no, not the new GT3 but the 10-year-old M3 CSL 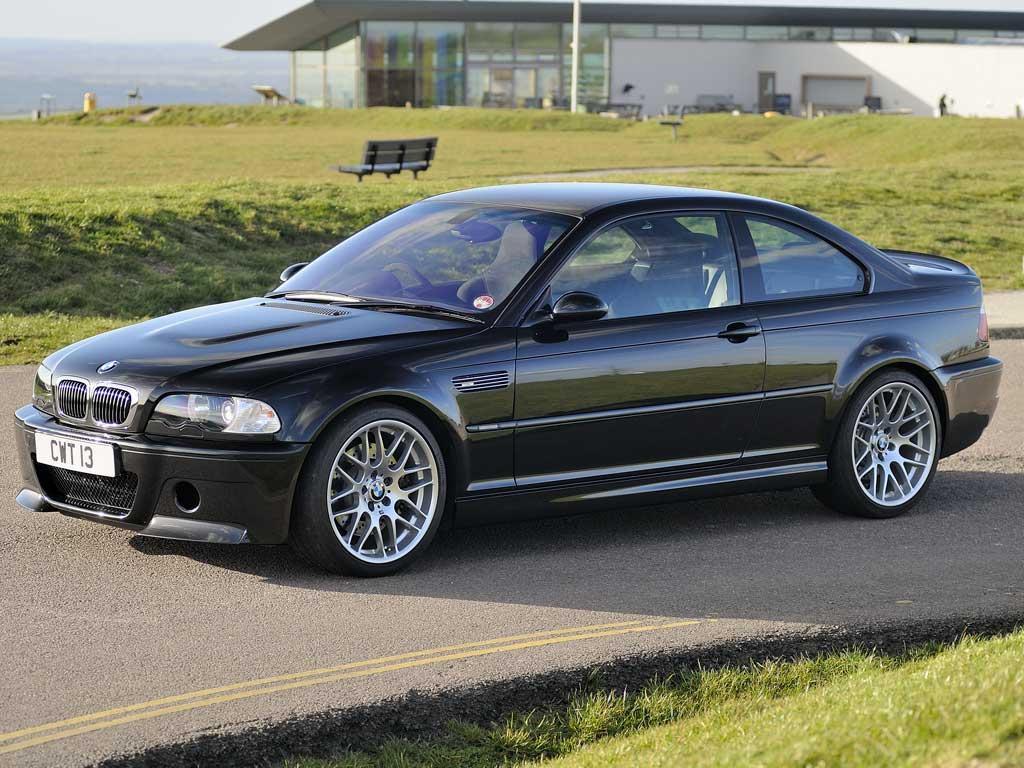 Few advertising slogans have ever laid it on the line as bluntly as BMW's 'The Ultimate Driving Machine'. It's perhaps the perfect example of a doubt-free zone. And if you set your sights on the pointy end of this now legendary premise - represented by a model that received the ministrations of BMW's M division - you know what to expect above all else: a sublime experience behind the wheel.

Quite a responsibility for any carmaker to shoulder. But with BMW I get the feeling it's always been more instinct than initiative. Back in 2000, I was granted a valuable insight into why the track-honed human touch is so crucial at M's HQ in Garching. I'd come to talk about the then still-to-be-launched new E46 M3 and why, even by BMW's standards, it really would be something special. As with most cars, the process started at a desk with computer calculations and simulations before progressing to 'parts proving' on static test benches. Only then was that most sensitive of all instruments, the seat of a highly skilled test driver's pants, brought into play. Extensively. In addition to proving ground work in Munich, the south of France, Sweden and South Africa, 80,000 miles were driven in M3 prototypes on the Nordscheife.

With the company philosophy so obviously driven by drivers with fast footwear, it was perhaps inevitable that the E46 M3's evolution wouldn't be left at that. The basic ingredients - 3.2-litre straight six developing 343hp at 7,900rpm, trick M Differential, beefier brakes and an extensive development of the E46 M3's chassis with bespoke springs and dampers and thicker anti-roll bars - were just too tempting and exploitable. Even so, when the M3 CSL hit the headlines in 2003 (happy 10th anniversary, by the way), there were gasps. Here was an unambiguously hardcore statement of intent designed, one suspects, to reinstate the M3's track-evolved credibility following the disappointingly paunchy E36 years. The CSL had a carbon fibre roof and rear diffuser, aluminium doors, a plastic bootlid and lightweight 19-inch alloys shod with super-grippy Michelin Pilot Sport Cup tyres. It had lightweight bucket seats and a carbon-clad cabin. And it weighed 110kg less than the standard M3.

Prefiguring the current hue and cry over Porsche's decision to sell its 991GT3 with a paddle-shift transmission and no manual option by a whole decade, the M3 CSL was only available with BMW's single clutch robotised manual SMG II six-speed gearbox, with paddles which allowed the driver to dial up the preferred shift speed from slow and slurring to kidney-jarringly fast and brutal. And with 360hp, courtesy of a carbon airbox, larger diameter inlet manifolds and reprofiled camshafts, full-throttle upshifts could almost bring tears to your eyes.

It looked the nuts, a hard-bodied object lesson in aesthetic warfare. It sounded even better, that carbon airbox acting a little like a quality hi-fi amp to bring extra definition and clarity to what was already a motor with a deliciously angry, but slightly muffled, acoustic presence. A more focused, single-minded M3? Shockingly so. To go with the stonking soundtrack and fiercely punctuated, neck-twanging acceleration were chassis dynamics that mainlined into the driving experience and positively urged maximum conviction and commitment from the driver. If the suspension was firm, it seldom jarred. And the surprisingly light steering felt alive with finely-resolved feedback and a sharp-witted directness that made the CSL seem almost prenaturally alert and agile with minimal body roll and seemingly no suspension bush compliance to blur the message. A nailed front end, too, all the better to enjoy the lovely, progressive way the rear could be coaxed into an easily-held drift with the traction electronics switched off. By comparison, the regular E46 M3 felt tranquilised, its helm responses strangely cushioned.

Despite costing nearly £60,000 when new, BMW sold 1,400 (limited edition) M3 CSLs. Today, next to the original iconic E30 generation model, it's the most collectable and coveted M3 of all if you discount the stratospherically-priced, V8-engined E92 M3 GTS. At the time of writing, a quick trawl through the PH classifieds located just two, thecheapest priced a few notes shy of £27K. Considering that you can gethold of an early E46 M3 for less than£6,000, you get some idea of the rarity and the high esteem in which the CSL is rightly held. The subsequent M3 CS, often described as the 'poor man's CSL', neatly splits the difference (circa £13-16K) which seems about right for a car that certainly gave a flavour of the CSL's lean, mean demeanour without ever remotely threatening to usurp it. The CSL was one of a kind and a hero through and through.

Thanks to PHer Pradip for supplying the car for pictures - Pradip's E30 M3 SportEvo featured previously in an earlier PH Heroes.