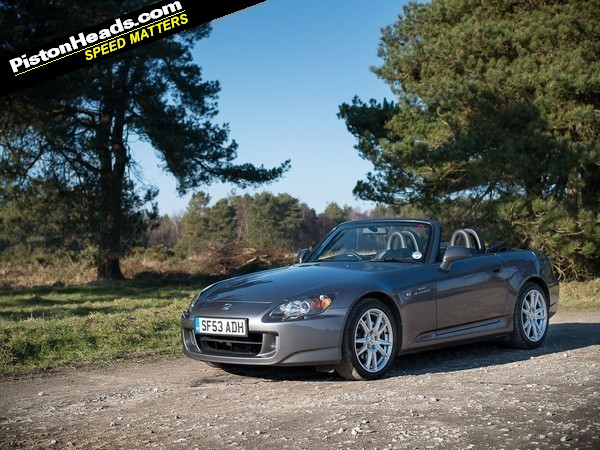 Is the Honda S2000 a PH Hero? That’s a question we pondered before running this feature. It certainly hasn’t quite got the cult following of some of our previous Heroes. And while you’ll find ranks of fans of Honda’s roadster, you’ll also find a fair few dissenters too. 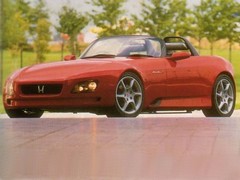 The case for the defence starts not when the S2000 was first released in 1999, but in fact with the SSM roadster of 1995. It was first shown at the Tokyo Motor Show that year, and featured a 2.0-litre, four-cylinder powerplant combined with a new type of chassis architecture, which Honda called ‘X-Bone’ and which was claimed to make an enormous difference to vehicle rigidity. What’s more, the SSM boasted 50:50 weight distribution.

Record numbers
Four years later, the SSM finally entered production, in somewhat altered form, as the S2000. It retained the same chassis architecture and weight distribution, and with the aid of VTEC technology, its F20C 2.0-litre four produced a remarkable 240hp, giving it the highest specific power output for any mass-produced naturally-aspirated engine. It was a record it held for 11 years, and it took the might of Ferrari’s 458 Italia to break it. 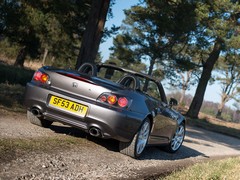 But it wasn’t just the power figure that made the headlines; it was also the way it was delivered. The rev limiter came in at 9,000rpm – 9,000 – and peak power was delivered just shy of that at 8,300rpm. The VTEC system that enabled the engine to reach such heady power levels didn’t even become active (or, ahem, kick in) until 6,100rpm.

Torque Down
Of course, the top-end character of the S2000 also led to the criticism that’s most often levelled in its direction: torque. Or, to be more precise, a lack of it: the F20C could only muster 153lb ft, and it didn’t even do that until 7,500rpm.

It was an issue that was oft-cited in contemporary road tests – but driving the S2000 today, it really doesn’t seem like such a big problem. No, it won’t give you the mid-range punch of a turbo or a gutsy big-capacity lump – but it is still responsive low down, allowing you enough flexibility and docility to potter at your leisure. 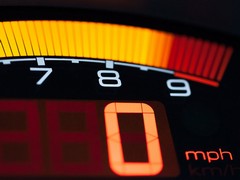 But leave it in second, flex the right foot to the floor, and there’s plenty enough torque to get you up to that 6,100rpm mark in sprightly fashion. Then comes the noticeable kick in the back as the VTEC comes into play, and the remaining 3,000rpm are dispatched in double-quick time, your ears clobbered remorselessly by the glorious scream of four pistons attempting to do the job of six. It’s utterly addictive, so you snatch at the wonderfully stumpy, slick gearlever and nail the throttle again, allowing the scenery to blur, revelling in the noise, not wanting to stop until you realise your license is quaking in its boots. Who needs low-end torque?

Snap, crackle & pop
It's the engine that's the car’s centrepiece, then. In more ways than one, in fact, as it’s mounted so far back as to in fact make the car front-mid-engined – which explains the long bonnet and somewhat cramped cockpit. It also explains that 50:50 weight distribution, which translates when you aim the nose at some corners. There’s some deadness to the steering, it has to be said; the PAS was electric, which should tell you all you need to know. But despite that it’s quick and direct, so you end up seeing past its shortcomings and enjoying the chassis. 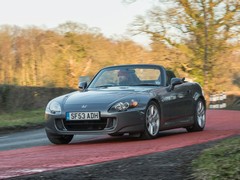 Snappy, is it? Well, push it too hard, and yes, it will go from grip to slide pretty damn fast. But on a dry road, and in this facelifted model with its chassis revisions, there’s a predictability to it, too. It gives you fair warning before it lets go, and with familiarity comes the ability to provoke – and hold – tail-out behaviour without the oft-touted backwards exit through a hedge. The result? Endless, childish giggling, mostly. Of course, if you eschew such loonish behaviour, it feels planted and grippy, with a light, nimble front end that darts into corners eagerly.

But is it a PH Hero? I reckon so. It’s that engine that seals it. PHers often comment that the joy of driving a petrol-engined car is found in the thrill of wringing its neck, squeezing out those last few revs and timing the change just perfectly to catch the next wave of power. Few cars satisfy that thrill in quite such spectacular fashion; few do so quite so accessibly, either, both in terms of second-hand values and running costs. The S2000 is a driver’s car unlike any other; it might not suit everyone, but what it achieves – and what it offers – is quite remarkable. 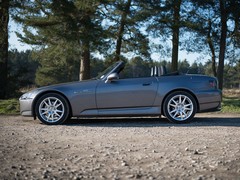