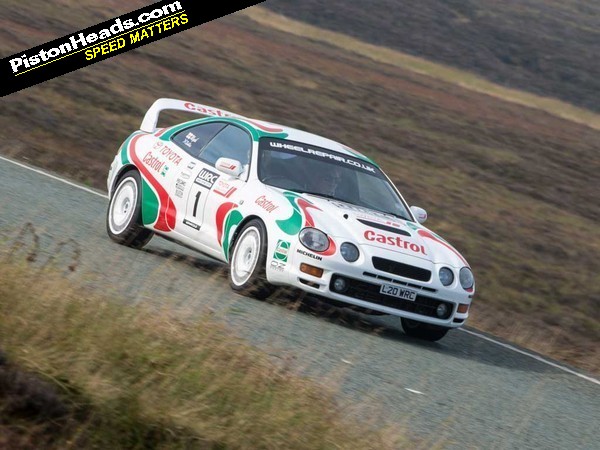 The 90s were the heyday of the Japanese performance car, with most manufacturers from the Land of the Rising Sun producing more than one hot model. In stark contrast to today, Toyota was the prime mover - with three proper sports cars in the range. But whilst the MR2 and Supra may have grabbed the majority of the attention, it was the Celica GT-Four that garnered the most motorsport success - winning a total of 30 rallies in ST165, ST185 and ST205 guises. 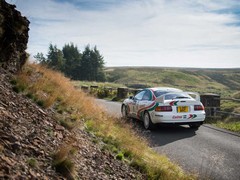 With or without stickers it's ready to rally

The model remained popular in Japan, however, where it was manufactured until 1999. Since then many Japanese versions has reached UK shores, with the ST205's curvaceous styling and rock-solid build quality aging more gracefully than its cheaper rivals.

Toyota's tried-and-tested 3S-GTE engine can happily be tuned well beyond 300hp and despite a current purchase price of just £3,500 to £7,000, the Celica GT-Four is rapidly becoming a pretty exclusive ride - with residual values rising for the very best examples. 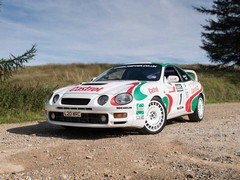 ST205 was the ultimate road-going Celica

Last of its kind

Toyota's sixth-generation three-door ST205 GT-Four Coupe first hit UK showrooms in March 1994 and its four-cylinder 16-valve 3S-GTE engine boasted twin overhead camshafts, an aluminium head and an 8.5:1 compression ratio, plus a twin-entry turbo with a charge-cooler - rather than an air-to-air intercooler. Power output was 239hp for UK cars with Japanese models producing 255bhp.

The five-speed manual gearbox employed with a hydraulic single-plate clutch, along with a permanent four-wheel drive system with a viscous centre coupling and a torque-sensing rear differential, whilst the direct steering had just 2.4 turns lock-to-lock. 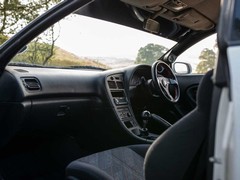 Various options were available but the most sought-after model was undoubtedly the WRC Limited Edition homologation car - like the one you see here. Just 2,500 were built to allow Toyota to enter the GT-Four as a Group A rally car.

Slow UK sales led to the cessation of official imports in December 1996, but the Japanese model continued until 1999 with just a minor facelift in December 1997.

Pace notes
Swing in to the Celica's low-slung and supportive sports seats and initially you might feel slightly disappointed - as with almost all 90s Jap sports cars swathes of durable but dull black plastic abound. But you do get a leather-clad steering wheel and a stubby gear knob, plus a centre console that faces in on the driver. Fire the GT-Four up though and any initial reservations will be blown away. Subdued at low speeds, the ST205 pulls impressively once coaxed. And there's relatively little turbo lag. 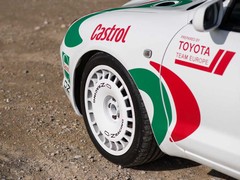 A standard car hits 60 in 5.9 seconds and tops out at around 153mph, but the gearing feels especially focused on 50-120mph performance - perhaps not surprisingly for a rally car.

Permanent four-wheel drive and those two clever diffs mean grip levels are always high, and unlike most other rally reps the Celica's steering lets you know exactly what's going on.

When required, controllable oversteer is only a pedal away whilst those Supra brakes are strong enough for even serious track days. Meanwhile, the ride is something of a revelation on the road and, despite the power on tap, a standard GT-Four can beat 30mpg on a long journey - Impreza and Evo owners take note.

Service area
With relatively few examples around, finding a cherished GT-Four may take time. Most sub-£4,000 cars will need some immediate fettling, whilst rare UK models are overpriced - so an import with a complete service history makes a lot of sense. 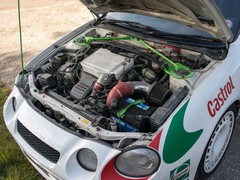 The engine is very reliable but requires regular oil and filter changes every 4,500 miles, plus new plugs every 27K miles (some choose Platinum or Iridium plugs one grade cooler than standard) and a coolant change every 36,000. The valve clearances should also be checked every 54K miles with many owners change the distributor cap and rotor arm with the cambelt every 60,000 miles.

UK and JDM ECUs are interchangeable and both should have a safety fuel-cut at around 17-19psi, but check the charge-cooler fluid level - it must never be allowed to drop. Potential issues to look out for include cracked radiators, blown head gaskets, smoking turbos, rumbling wheel bearings, worn clutches and perhaps most pricey to fix - worn front suspension components. A sloppy gear change suggests worn bushes in the shifter cables and listen out for clunks from the rear when lifting off - a worn rear differential mount will set you back over £300. Values for mint examples - especially WRC Limited Editions - are gently rising. 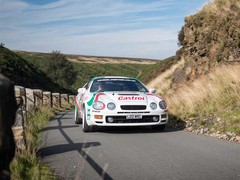 'Presence' rather than beauty, being tactful

Just like the Subaru Impreza and Mitsubishi Evo, Toyota's GT-Four ST205 is ripe for further tuning - the 3S-GTE engine (also found in the MR2 Turbo Coupe) is good for at least 360hp without any internal modifications, and that's whilst retaining the original water charge cooler. Around £1,000 for an induction kit, stainless steel sports exhaust (either de-catted or with a sports catalyst) and a boost controller is all that's needed. But fully remapping the original ECU isn't possible, so for greater power you'll need to splash out on a replacement ECU which will add quite a bit to the cost. But whether you fancy a fairly standard example as an investment or a wildly-tuned Time Attack race car, Toyota's Celica GT-Four - in last-of-the line ST205 guise - is the most exclusive road-going rally rep of them all.

Many thanks to the the GT-Four Owners' Club and PHer Jerry Walsh of www.wheelrepair.co.uk for letting us shoot his car