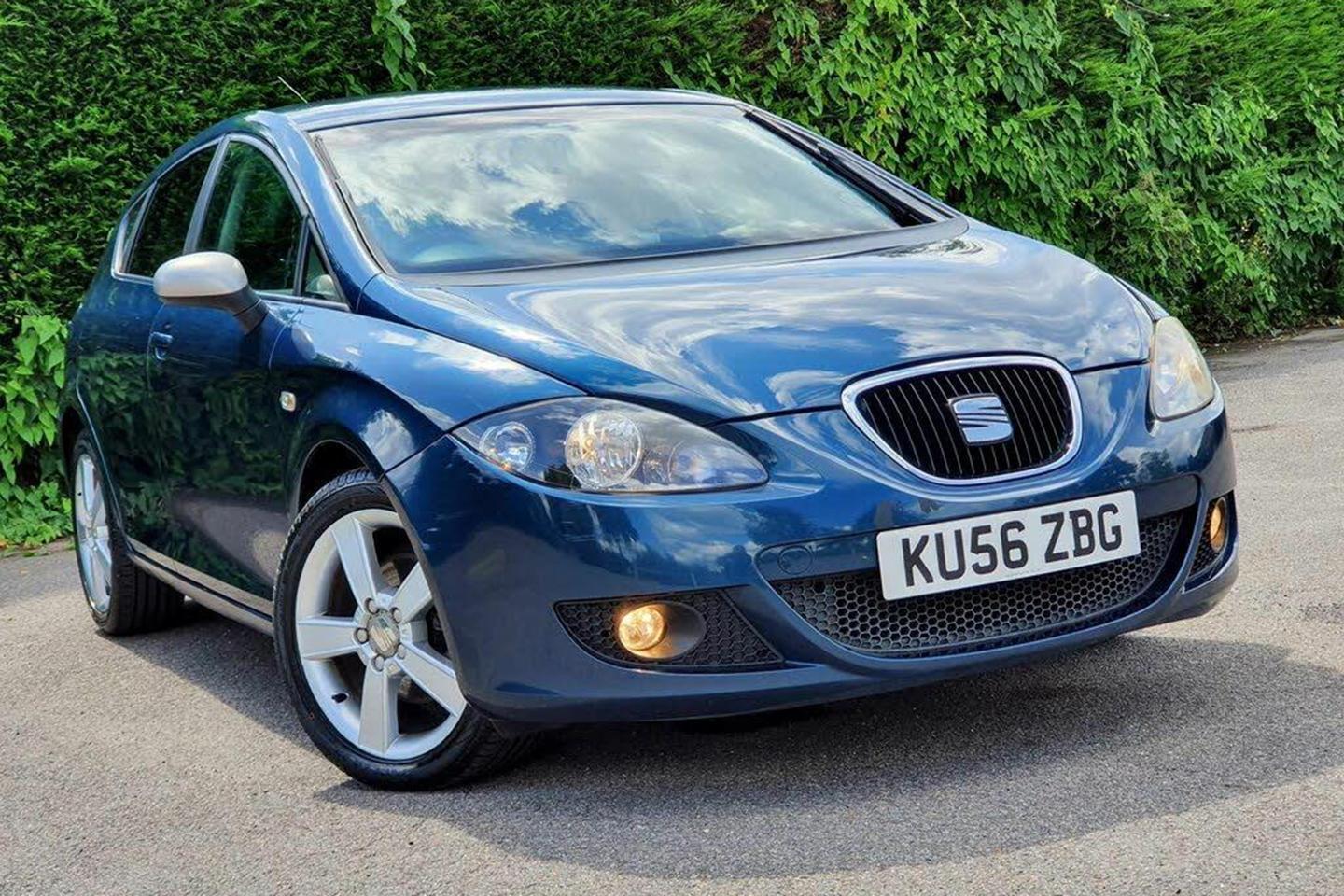 A few weeks ago Shed unearthed a Jeep Cherokee that was incorrectly advertised as a small diesel when in fact it was a big petrol. This week he thinks he might have found another accidental gem. Maybe a real one this time that won't stink the place out like that Jeep apparently did.

We can all agree on the fact that we're looking at a second generation Seat Leon, the first to appear in Shed of the Week. The question is, what sort of Leon is it? The vendor is advertising it as a 2.0 TDi Stylance with 138hp, but the bodykit and FR badges on both the gearknob and the bootlid plus the presence of two tailpipes suggest quite strongly even to someone as sleepy as Shed that it's actually a 2.0 TDi FR with 168hp and 258lb ft.

If that's true, and based on the seller not spotting it before anyone slaps their money down, this could be a reet bargain because the FR was generally considered by road testers of the time as the best non-Cupra gen-two Leon you could buy. FR meant Formula Racing rather than Fairly Rapid after the fashion of Mitsubishi's Fairly Quick Evo FQs.

The low 8-second 0-62 and 133mph top speed might not sound that gobsmacking but these cars were often found to be producing more than the advertised amounts. The torque gave it chuckletastic in-gear thrunge from below 2,000rpm, and if you drove it even halfway carefully you could easily hit 50mpg. Tuning options are plentiful. A £250 remap will hoist the power to 205hp and the torque to nearly 310lb ft.

From the back, many might prefer the hulking, hunched-shoulders look of the gen-one Leon, and you do wonder if whoever came up with the idea of a rear door handle that wasn't on the actual door now wishes they'd come up with a new type of ashtray instead as it looks kind of weird today, but at least the gen-two's boot is commodious and you've got split-fold rear seats to boost the space if required. This is starting to sound like a What Car? test but it seems only fair to mention these things as the seller has gone to a lot trouble to clean the car up and photograph it from top to bottom. A refreshing change from the 'shove it against a fence and don't bother washing it' approach.

From the pics we can see that the car is clean inside and out and that it has both cruise control and switchable ESP, all FR-spec stuff, as was the standard climate control. There was an issue with stability control on some Leons; the warning light would come on and the next thing you knew you were shelling out over a grand on a new ABS control unit without much sympathy or financial help from Seat. The 2.0 diesels were also known for losing their oil pumps, with predictably nasty results. Carbon buildup could be an issue too and water could get in via the driver's side window, especially if you left it open in the rain.

On the plus side, manual Leons like this one weren't afflicted by the various problems that plagued DSG auto gearboxes. These started off as 'non-maintenance' until someone noticed they were breaking, at which point they suddenly became subject to factory-mandated oil changes every 40,000 miles. You do need to change the cambelt and tensioner every 60k miles on a 2.0 TDi though, so if you're the cautious type who likes to look gift horses not just in the mouth but right down the windpipe and into the lungs you should try to establish the status on that before you lay out the £1,500 asking price on this 89,000-mile example.

Inside, you'll get a modern car with sportlicher seats, words like 'aux' written on the LCD screen, and a scattering of buttons on the wheel (a virtual prize to anyone who knows what three dots in a circle made by three arrows means). The glovebox can rattle, but if Shed bought this car he would never hear that noise once Mrs Shed had tightly wedged herself into the space between it and the passenger seat.

So, there it is, or possibly there it was if the vendor realises what they've done, or if some other bright spark has beaten you to it. We don't know the full story on this or any other car featured here, but all Shed can tell you is that there are no alarm bells on the MOT (to Jan) and that other FRs with higher mileages than this one usually go for at least a thousand quid more. If you're thinking of starting a new career in used car sales this could be the one to kick it off with. Lovely jubbly.