Tough, absurdly spacious and resolutely frugal, the old V6 Superb still lives up to its name 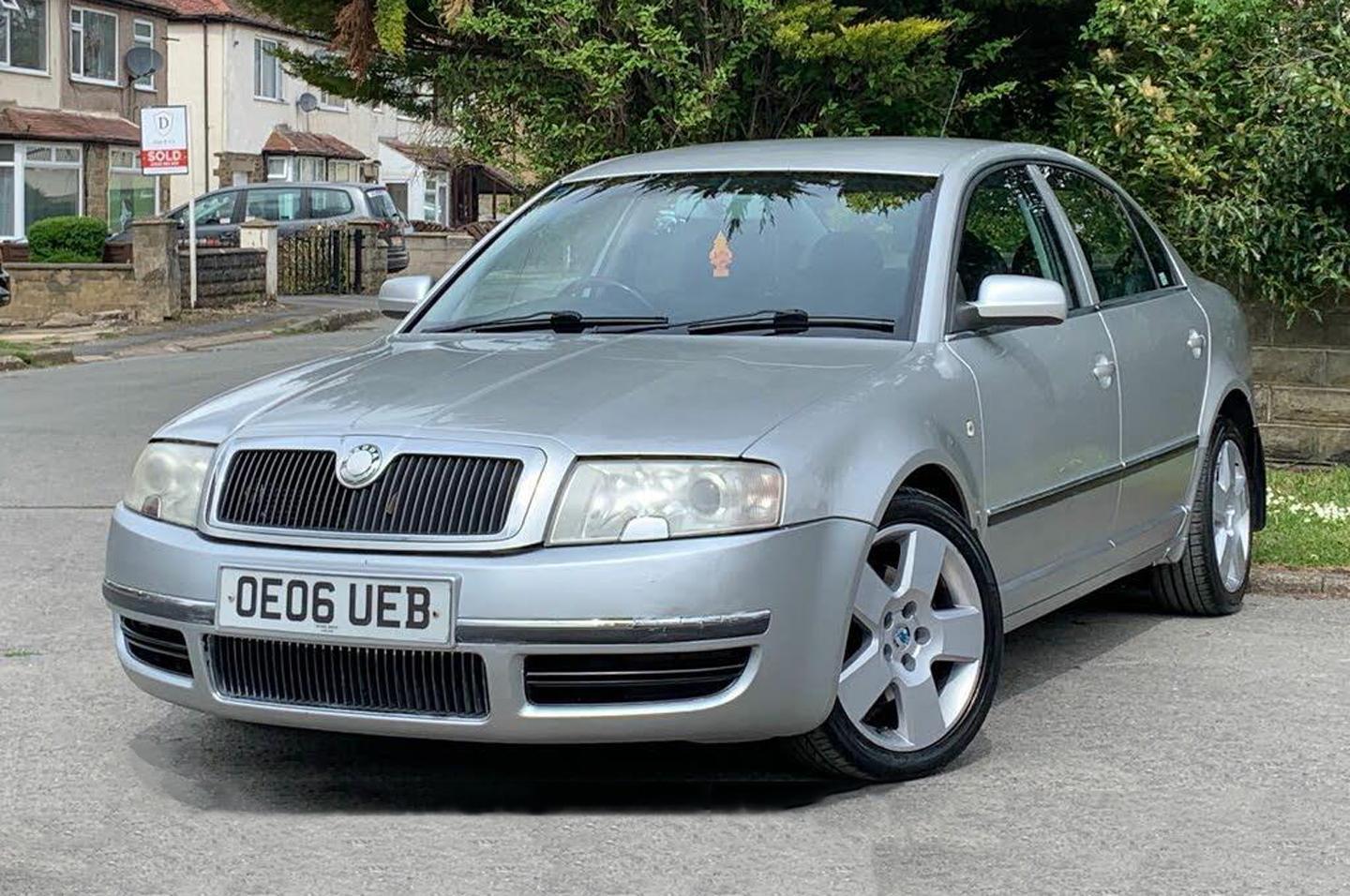 Shed has a strong sense of civic duty, especially when there might be some money to be made.

Take Covid. When the vaccination programme started, the older folk in Shed's village were in a right pickle because the vaccination centre was so far away. To help them, Shed set up a taxi service. Well, it was more of a pickup service really, using his rusty old Hilux. With a small set of stepladders and a sprinkling of hay in the back he could ferry six of the old dears there and back for just ten quid a head. From the warmth of the cab Shed could see that they were happy in the load area, keeping their spirits up by singing sentimental songs from the war and avoiding hypothermia by making use of the hats and gloves Shed provided for £20, having bought them from the garage for £4.99.

Mrs Shed would never have reduced herself to the level of the Hilux, and Shed wouldn't have risked the creaky subframes by letting her in there anyway, but she would have been perfectly happy to pop along to the vacc centre in this week's shed, a classy leathered-up Skoda Superb with a nice big diesel lump under its bonnet. She has just had to postpone an appointment for her second Covid jab, as it goes, so not for the first time she is hoping someone will fill her slot. Big Bob the binman has expressed an interest in that. He might take her Covid appointment too if Shed offered to take him in something like this Skoda. Bob reckons that even if Mrs Shed was up front in one of these with her seat in its rearmost position he would fit in the back no bother. He's probably right there too because there is an unfeasibly large amount of legroom in the cabin of a B5 Superb.

Some say that the gen-one Superb is a better looking car than the slabbier 2008-on gen-two. It's a shame that Skoda never did an estate version of that first Superb as it would have been a very desirable thing on the sub-£1,500 used market right now. A current gen-three Superb Estate with the 275hp detuned Golf R engine is a hell of a tool, and handsome to boot, but one of those will cost you a good deal more than the £1,450 being asked for our 2.5 V6 oil burner. The absence of an estate rear isn't that much of an issue either as the boots on these (and most Skodas) are absolutely massive.

It was a pity that VW didn't see fit to equip the 2.5 with a higher top gear than the 1.9 but there have been many 2.5 owners who have enjoyed the engine's extra and longer-lasting torque relative to the 1.9’s, and who have reported up to 45mpg on the motorway (albeit down to mid-20s in town). The 0-62 time didn't quite make it into single figures at 10.3sec, not helped by the 2.5 Superb's 1,680kg weight, but the top speed was a perfectly acceptable 135mph and the 258lb ft wodge of torque peaked at just 1,250rpm.

Our Elegance spec car has leather, satnav, xenons, cruise, and heated seats front and rear and looks the part on its 18-inch wheels. Shed thinks the Superb may have had double glazing too, which would have made cruising a quiet pleasure if there had been some sort of taxi-style glass option to screen the driver off from their passengers.

The MOT was done last October and the certificate came out clean. The worst comment on previous tests was for a broken front coil spring in 2015. All the other notes have been for consumables. We're told that there are 18 stamps in the service book. The belts and water pump were done 17,000 miles ago so you've got plenty of headroom there, which is good because the amount of dismantling and fiddling about required for that job on these engines means it's not quick or easy work. Shed has seen many different guesses on the change schedule. Four years is commonly mentioned in UK circles, although there seems to be an unusual shortage of factory information on that.

Change mileages are similarly vague, varying between 60,000 and 75,000. Some non-factory specialists are quite cynical about the 'old tech' 2.5 diesel and about what VAG and dealers might say about maintenance. It's a case of goodnight Irene if a belt snaps, and the Bosch VP44 injection pumps are known to blow.

All B5-platformed cars are susceptible to water ingress and, usually as a direct result of that, electrical problems. Shed himself once had a B5 Passat estate that developed all sorts of weird symptoms when the ECU under the passenger side carpet got flooded by blocked drain holes in the battery carrier. Luckily, he managed to unload the car onto a vicar after running a dehumidifier in there for the best part of a week.