Not so much a station car as one for Storm Ciara, Shed pulls a dead cert from the also-rans 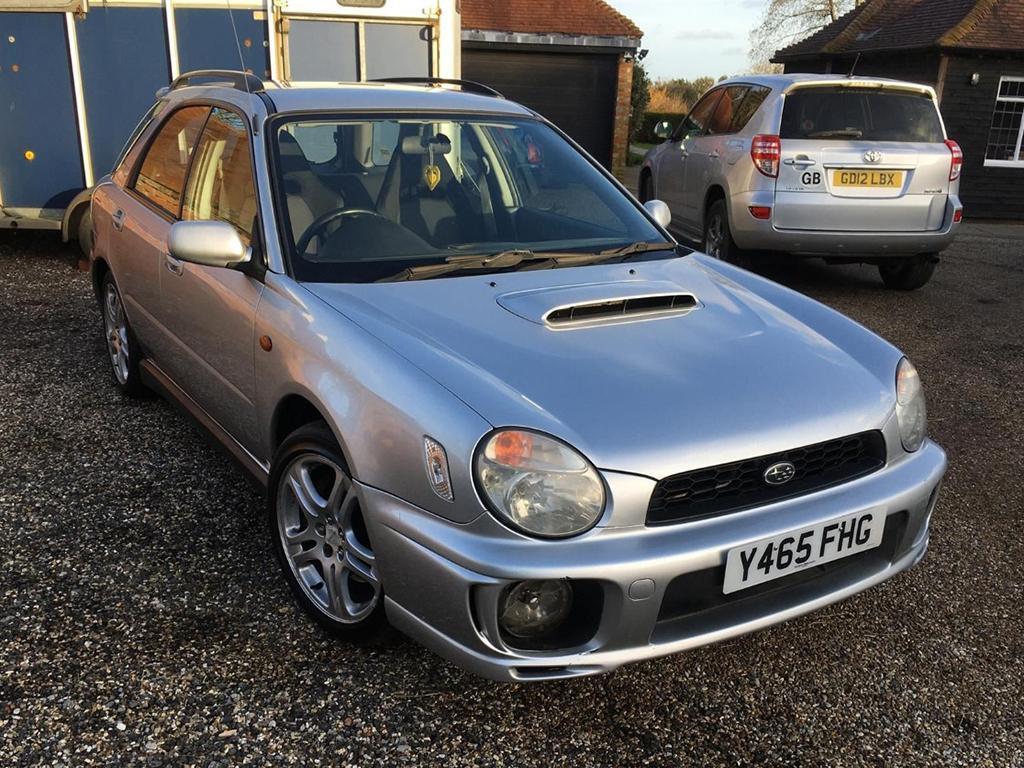 Subaru Impreza owners are men of few words, it appears. The ad for the last one we had up here, a PPP car, gave us precious little information to go on, other than the fact that it had done 222,000 miles. The pics weren't much more helpful, but they did show a car that despite its mileage still managed to look as fresh as a daisy.

The vendor of this week's bugeye WRX wagon has taken a similarly tight-lipped approach to selling, preferring to let the car's full service history and a batch of semi-decent pics do the talking.

Like last year's car, this one is another big-miler at 187k, but as per last year we can see once again that looked-after Rexes do wear their age well. There's a lot to love about a WRX wagon. Four-wheel drive, a properly characterful flat-four engine, six-second 0-60 times, and good practicality - though don't be expecting Volvo-league cargo-lugging ability.

Subaru wagons are tough, but they won't take kindly to being neglected. On any near-20 year old Japanese car, rust is going to be the biggest killer. Besides the usual places - subframes, sills, brake/fuel lines, the underside generally - the wagons are especially prone to rotting out their rear strut towers and in hidden areas of the rear wheel arches. If you don't spot that early you could easily end up with a four-figure welding bill.

Taking our car's very important 'full history' claim at face value, Shed is going to assume that the gearbox is okay. There's nothing inherently wrong with them, it's more about owner abuse. WRX boxes were reputedly strengthened for the '02 model year, and those '02 cars were more sprightly too thanks to shorter gear ratios. Still, there's not to much to fear with the '01 transmission, other than the fact that the clutch is pretty heavy and can rattle a bit when it's cold.

Some cars have suffered from head gasket failure and/or from oil leaks from the front of the motor. Even though these are not obvious track cars, the lure of the WRX badge is too strong for some, which can lead to oil starvation issues on long corners. Baffled sumps are available to prevent that, although you might be equally baffled when it comes to the fitting process.

Shed thinks that the belt change interval is 50,000 miles/5 years. Snaps are catastrophic. Belt kits are between £150 and £200 but that includes the hydraulic tensioner and three idler cogs. If you're reasonably handy with the spanners the job can be done on your driveway.

That's the good thing about these old Subarus. Jobs that you might think must be beyond you often turn out to be surprisingly easy. With the car on axle stands, rear drop links can be swopped in under half an hour. If you're prepared to dip into eBay or scoobynet there are plenty of serviceable used parts around to help you keep your maintenance costs down to a reasonable level. Replacing the clutch won't be cheap though.

What else might go wrong? Fritzing coil packs can illuminate the Check Engine light, worn HT leads can cause misfiring and dirty boost control solenoids can take the edge off the power - nothing that a spot of carb cleaner can't sort. Knock sensors conk out and bulbs seem to blow on a fairly regular basis. Pistons seize in calipers, and all the usual stuff applies to linkages, bushes, and ARBs. There was a recall on the front wishbones, so make sure that's been done.

Right. Let's say you've bought this one and got it up to the mark. How affordable will it be to run? On fuel, you'll do well to score mpg figures in the mid-20s. On road tax, for cars registered before March 2001 that's calculated on engine size. After that it's done on fuel emissions and fuel type. Our Subaru was first registered in June 2001, so the annual cost will be £325.

Later '03 'peanut' WRXes came with AVCS, Subaru's version of variable valve timing. Unlike '01 cars they did not have cats in their up pipes. If/when the cat in our Shed fails, the turbo will almost certainly go west at the same time.

The car has just passed its MOT with advisories for poor condition brake discs all round, low front pads and edge-worn front tyres - very common on WRXes. Around £150 will bag you a set of four aftermarket discs with the pads thrown in. Two new 'big-brand' 205/50 R16 front tyres from Blackcircles will be around £200 fitted, or £140 for a pair of Kumhos. Forty quid or so for wheel alignment, haggle a bit on the £1200 purchase price and you'll still come in under the Shed top limit of £1500. Not bad.

Delving even further back into WRX SOTW history, the blue one that Shed found in 2018 (another 185,000-miler) turned out to have been involved in some light ram-raiding in the Manchester area 13 years earlier. On the assumption that the nearest this year's car will have come to ramming would have been on a farm rather than a High Street, Shed is happy to give it his seal of approval. Put a tarp in the back before you load the seal up though as they can be quite slimy.