Want rare? There are fewer Camrys on UK roads than sell in the US each month... 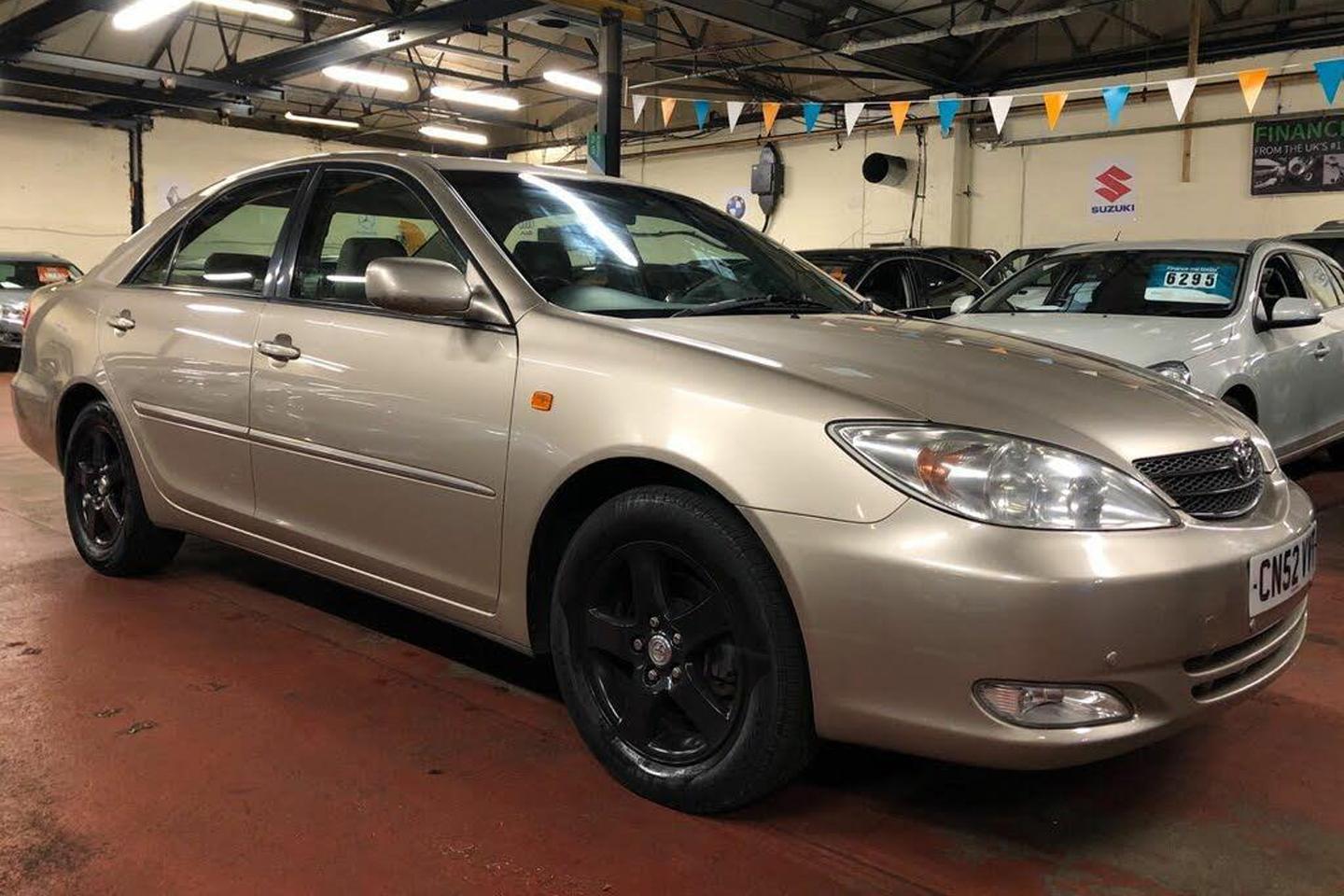 Whenever Shed is feeling a bit low, or lower than usual anyway, there's one thing that is always guaranteed to cheer him up: a quick browse through the 'Other Makes’ in the PH Classifieds.

You'll find this unassuming sub-heading quietly tucked away inside most of the PH Classifieds marque headers for big firms like Ford, BMW and the like. Some of the metal in 'Other Makes’ will be run of the mill stuff that has found its way in there as a result of accidental (or cannily deliberate) misnaming by the advertiser. Other cars in 'Other Models' will have been too rare originally to justify their own model pigeonhole, or will have become too rare now. Either way, Shed will generally find something in OM that will trigger a memory or tickle his fancy, such as for example this 15,000-mile Nissan 200SX that only appears in Nissan 'Other Models' and not in the dedicated 200SX section.

Regular readers may recall the mention of a Camry SOTW candidate a few weeks ago. It looked like a sound example, but the members of the selection committee couldn't bring themselves to choose it. Why? Well, although vast numbers of Camrys have been sold worldwide since the early 1980s, they don't enjoy a high profile here in the UK. They were always an odd size and an odd price and road testers could never get excited about them. In fact, there have been long periods when they've not been on sale here at all, and when they have been on sale they've been largely ignored by upwardly mobile buyers because they were always seen as boring. Which all tells you why there's no Camry section under the Toyota heading in PH Classifieds, and why the SOTW selectors shunned that red one for several weeks.

This week, that red Camry was finally flagged up as sold and the committee heaved a collective sigh of relief, but blow them down if another one hasn't surfaced in the very same week. If you believe in signs, this could be one of them, so in order to appease the gods of shedding here it is.

It's a year-one example of the new for 2002MY XV30, the first ground-up rework of the Camry for the best part of ten years. Refreshing this car was quite an undertaking for Toyota because domestic regulations governing car body widths in space-poor Japan meant that there had to be two entirely different Camry bodyshapes: a narrow one for Japan and a wide-bodied one for everywhere else. The XV30 engine was interesting too, but not necessarily for the right reason. It was the 2AZ-FE, a long-stroke 2.4-litre inline four. Thanks to problems with the piston ring or cylinder head design (Shed isn't sure they ever really got to the bottom of it) these were notoriously partial to oil, seizing up like an old soak if they didn't get enough of it.

If a 2AZ-FE is going to burn oil it will have started to do it by the 75,000-mile mark. We don't have the service history of this 112,000-mile car, but there's been no mention of smokiness on any of the MOT reports so this particular engine may well have benefitted from whatever fixes Toyota brought to bear before it had time to blow up. If that's true, you'll probably be OK. When it's running right you should have 157hp and 162lb ft, supposedly enough to push the 1,420kg old girl through the 0-60 run in the mid-eight seconds, even with a four-speed auto. Those are US figures, mind. You might want to take them with a largish piece of salt.

Thing is, the car that has always been the embodiment of white goods motoring in many parts of the world is actually quite rare in the UK today. Despite the best part of three decades in production, there are at most 1,300 Camrys currently registered here. That represents about 5 per cent of the number still being sold in the US every month. It also means that you're unlikely to bump into another one of them on our roads.

In the manner of those people on the overseas property programmes on telly who say 'we're going to let you go round this place on your own', Shed is going to let you go round this Camry on his own because he fancies an early night. All he'll say is that it's a CDX and nicely equipped. You take it from there, but keep the forum swearing down to a minimum please as Shed isn't used to bad language.