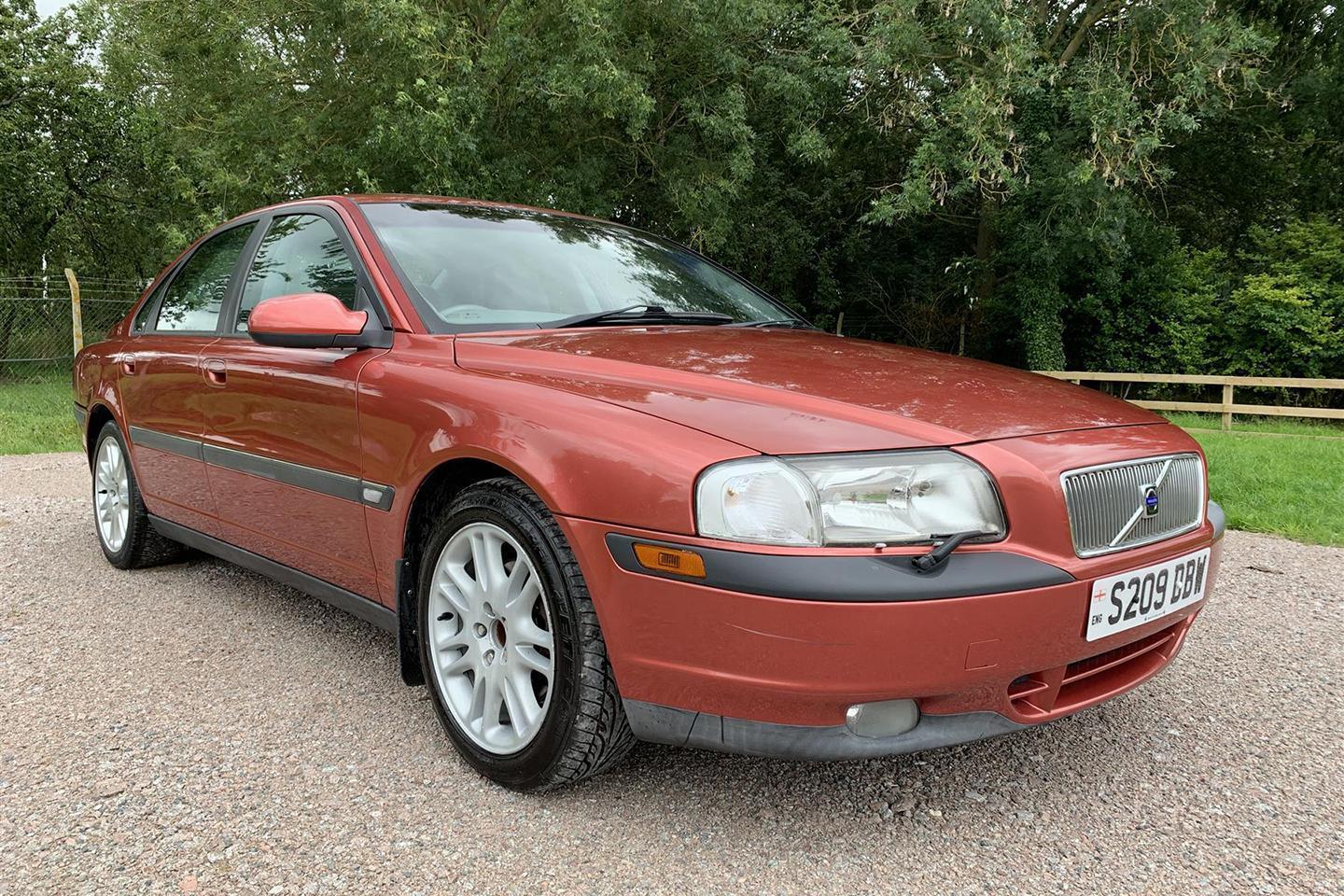 There's a thread on PH devoted to 'street sleepers'. If you're not familiar with the phrase, it doesn't refer to what Mrs Shed forces her hubby to do after he's had a Saturday night skinful at the Firkin & Follicle. It refers to cars that look tame and that are anything but.

Almost all sleeper cars are owner-created nowadays as today's manufacturers like to make it crystal clear through badging, bodykits, big wheels and other like-minded trumpetings that they have built a mighty tool for our delectation. But it hasn't always been like that, as this week's Volvo S80 shed demonstrates.

Before you put new batteries in your keyboard for a thousand-word rant, yes, we know there was an S80 in this column only a few weeks ago. But this is no ordinary S80. This is a first-generation, first-year T6 powered by a twin-turbocharged, destroked 2,783cc B6284 version of Volvo's B6294 2.9 straight six.

Some stats you might be slightly less keen on are the 264g/km emissions and the combined official fuel consumption of 25.9mpg, dropping to 17.2 in town and somewhat less than that if you decide to hoof it everywhere. Still, you did get a near-18-gallon tank and, as noted by the private vendor in his ad, you can achieve mpgs in the high twenties if you lounge back in the mega-comfy seats, crank up the banging stereo and slide along in top gear.

Our T6 has had two good services in the last two years, the most recent one only 2,000 miles back. Both front dampers were replaced last year. Despite that, the car did still fail its initial MOT in May this year on front end tyre and suspension wear, but these issues appear to have been addressed for the retest. The only advisories noted were corroded rear springs and non-excessively worn front discs, so it looks like you've got plenty of headroom for immediate and lasting enjoyment.

Or at least, until you can no longer ignore those nagging doubts about the auto box's call for a service, or about its honestly reported over-preference for third. This gearbox isn't a Geartronic. It's not even a Volvo unit. It's a General Motors 4T65-E that, in this and its earlier 4T60-E form, was used in an absolute raft of American front-drivers in the 1990s. Volvo did a deal with GM for the 4T65-E because they feared that their own transmissions wouldn't be up for heavy-duty use in cars like the higher-powered S80 or the beefy XC90. These two turned out to be the only 'outsider' (i.e., non-US) cars to use the GM box.

Some say that Volvo should have stuck with their own stuff but it's a bit late for that now. The most common causes of gearchanging problems with the 4T65 were faulty pressure control or shifter solenoids. Although these were cheap parts, they might not necessarily be cheap to fit in the UK where there is less workshop knowledge of the GM trans. Fluid drains and refills and maybe a valve body replacement might help, or they might not.

Throttle bodies and position sensors are also prone to misbehaving. Oil leaks are not unusual and this car has one. Any engine producing this sort of power is going to run hot and T6 wiring can become brittle as a result of that. A stage 1 tune will lift power and torque by more than 40hp and 40lb ft, but the tranny is the main limiting factor.

On the plus side the S80 generically was and still is a very safe, spacious, and comfortable car and indeed it was the chosen mode of transport for the Dutch royal family, surely a massive point in its favour.

At the end of his ad, the vendor - a decent sort according to our Matt - cautions interested parties against arriving at his place with a load of mates. Shed agrees with him about that. He was also annoyed about the 'dirty oil poured into the coolant' revelation, but only because he thought nobody else knew about that lowballing technique and he's been trying to keep it secret.