Want to know more about dampers, diffs and dual-clutch gearboxes? Only one man to speak to... 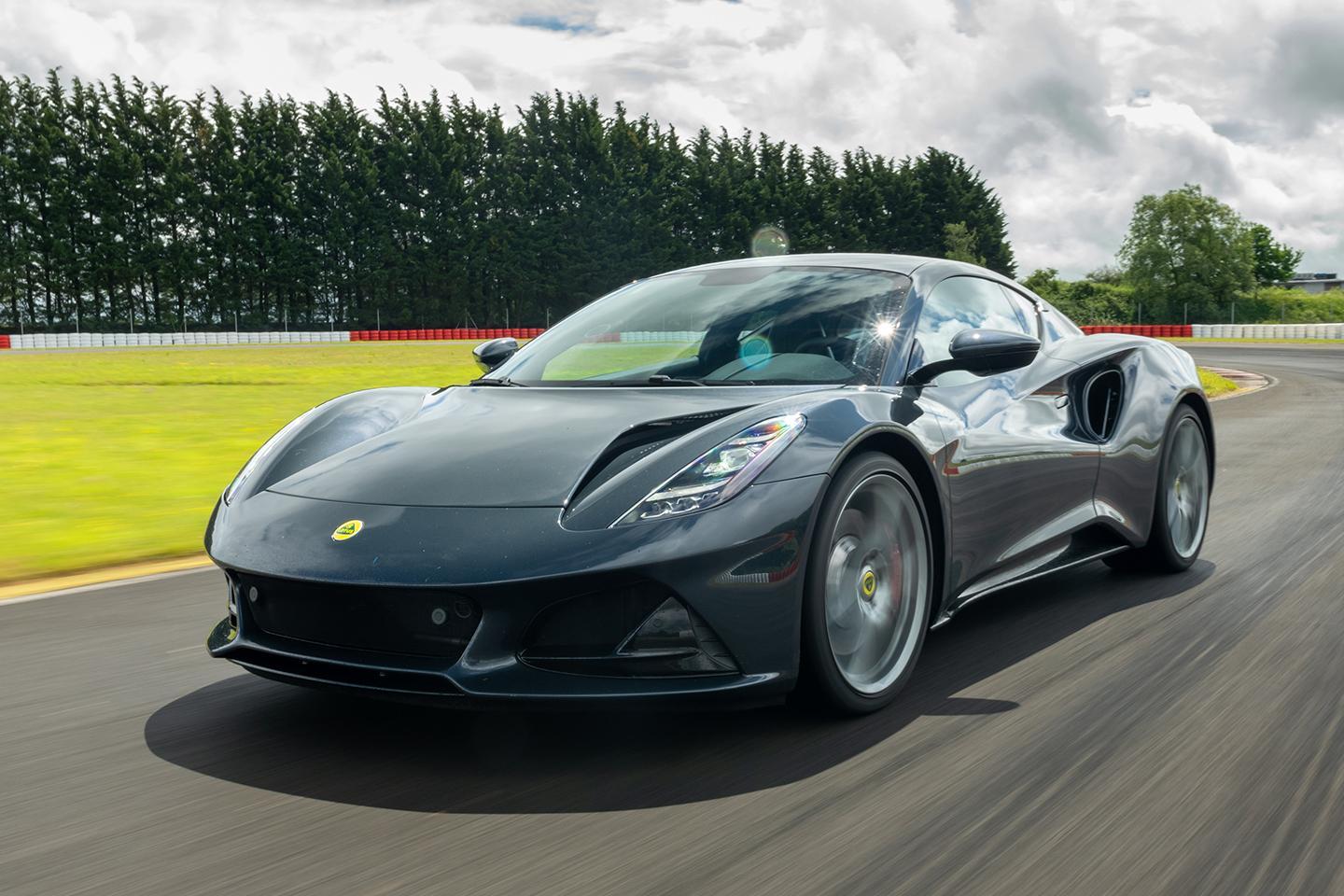 Even with a three-thousand-word press pack and an extended Hethel reveal, there were always going to be more questions about the Lotus Emira. A lot more. After all, it's not every week (or even every year) that a new Lotus sports car is presented to the world - never mind one that's being pitched as the most accomplished product ever to leave the gates.

A few minutes with Gavan Kershaw is always time well spent, but it was going to be especially worthwhile with the last ever combustion-engined Lotus on the cards. Ostensibly his title is Director of Vehicle Attributes; in reality that means he is where the buck stops for how Lotus sports cars drive, which is quite the responsibility. You might say he's done a reasonable job of it...

The first interesting discussion point is around the Emira's suspension; both Tour and Sport are passive set ups, the latter introducing new springs, altered geometry and different damper valving. It's also calibrated around the Michelin Cup 2 tyre rather than the standard Goodyear. The two settings are "noticeably different", says Kershaw, with Tour set up for the wheel inputs experienced on a B-road; too much spring rate there just wouldn't work. "A Lotus shouldn't feel turbulent, it should just ride the bumps." Whereas Sport, designed for a track where even kerbs shouldn't disturb a car in the same way, can afford to be more aggressive. "We can put some spring rate in", says Kershaw, "but mainly we still try and control it in the damper valving, get hold of the wheel early."

Which is all very encouraging. Despite all the changes, he reckons an Emira will feel very familiar as a Lotus from behind the flat-bottomed wheel, calling out the softer and subtler Evora 410s that were received so well. "It'll never feel lazy, it will breathe into the road and out of the road", he continues, "it's not got that trapped feel".

And let's not forget the hydraulic steering, either. In 2021, seeing a sports car without EPAS - even a Lotus - was a real turn up, given its prevalence throughout the industry. But as long as Lotus can have it, Kershaw wants it. "I fought really hard for this", he says, clearly pleased at fighting the good fight. "Our steering system is so pure, we wanted to keep the instant engagement you get with that." Although nobody is more aware than him at the rapid progress of EPAS, he reckons now "wasn't the time to move" for the Emira. That said, the car is likely to be its final resting place - yet another reason to make room for it on your Christmas list.

Elsewhere, it's interesting to hear what Kershaw and Richard Moore - Engineering Executive Director at Hethel - have to say about the Mercedes-AMG four-cylinder engine that will power the Emira alongside the V6. Though brought in off the shelf, getting the 2.0-litre into the middle of a sports car (as opposed to a four-wheel drive, front-engined hatch) is clearly a very different task; moreover, the sound, gearbox calibration and mode behaviour are all Lotus's work.

"I'd like to think we've taken the challenge on and dramatically improved it", says Moore, which is exciting given how good the lighter 2.0-litre unit already is. "It was on the wish list", says Kershaw. Everyone is in agreement that it's a great engine to have as a four-cylinder entry point. "What we then do is what we're great at and add some sparkle." So don't move on that four-cylinder 718 just yet...

A limited-slip diff will be optional on the V6 manual, the dampers are from Bilstein and the 20-inch wheels are only possible because of the bespoke tyres Lotus have from Goodyear and Michelin. Kershaw reckons the car just wouldn't ride how they wanted it to with off-the-peg rubber, and nobody was keen to deviate from the Evija-apring looks, with big wheels, low roof and narrow glasshouse. Hence the Emira-specific tyres.

Don't forget this is all on new architecture, too, not another update of an existing Lotus. To think that's coming together with an AMG engine and the expertise that we already know lurks in the Lotus vehicle attributes team is quite the prospect - if you hadn't cottoned onto that already. The first drive - be it on road, track or the dark side of the moon - really can't come soon enough.